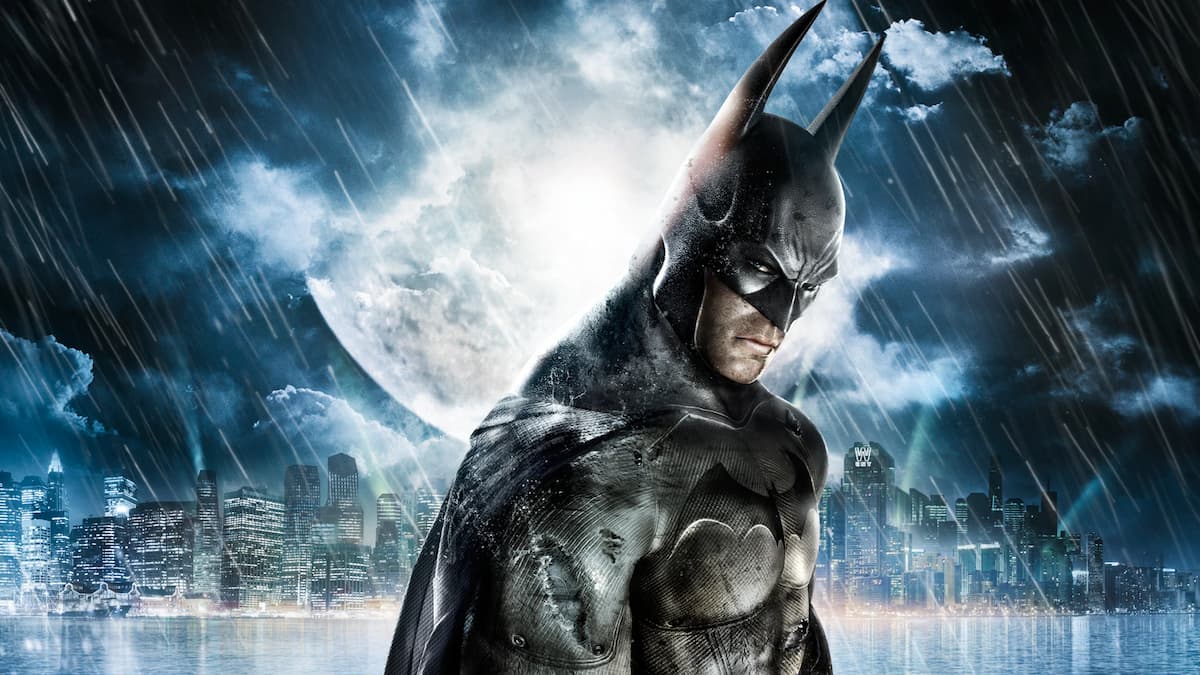 He is one of the best-known comic book characters on the planet, spawning a franchise that includes films, cartoons, and, of course, video games. The best Batman games of all time are the ones that not only explore the long history of the Dark Knight but also the ones that make the player feel like they are the Caped Crusader. There have been some great offerings over the years, but here are our picks for the best Batman games of all time.

Batman has been the subject of video games dating back to the first Tim Burton film and there have been numerous attempts since then to capture the look and feel of the character. Some have been more successful than others, but the best Batman games offer a mix of stealth and action gameplay to encompass the best parts of the Batman mythos. There doesn’t seem to be any slowing down with Batman titles. Gotham Knights is set to release on October 22, but these are the best for now.

The less said about this side story to the Batman: Arkham series, the better. It is set early in the Dark Knight’s career but lacks the oomph of the mainline Rocksteady games. Players control Batman following an explosion at Blackgate prison which sets some of his best-known villains free on the streets of Gotham. It turns out that the 3DS, however impressive the technology could be at times, isn’t the best platform for a Batman game and the limitations are clear in the stunted, uneven gameplay here.

This game feels more like a tech showcase for VR than a video game, but Rocksteady Studios still managed to make a solid experience out of exploring the Batcave and subsequent crime scenes. It doesn’t have the combat or stealth that most other Batman games include but it focuses heavily on making the player feel like the world’s greatest detective.

This is the first game in the Batman: Arkham series not made by Rocksteady Studios and it shows a lack of polish that was evident throughout the title. While there are still some interesting set pieces along the way, the combat is buggy and lacks the refinement we had come to expect from the series. WB Games Montreal delivered a game that feels like it had potential but came out several months too soon. It is average at best and falls well short of the rest of the series.

The Lego games tend to be a send-up of the franchise they’re celebrating, but the celebration is what makes them so fun to play. Lego Batman is simpler than the games that would follow it but it still manages to be full of charm and humor. Though it spends much of its campaign poking fun at the concept of Batman, it was still clearly made by people who love the character and can showcase what makes him enduring. This is one of the best Batman video games because it still manages to explore the character without tearing him down or making fun of fans for loving him.

6) Batman: The Enemy Within

This is another game that puts you in the shoes of Batman at the start of his career. It was made by Telltale Games and focuses on their usual branching narrative design. This sequel shows Bruce Wayne building an unlikely relationship with John Doe, who would obviously become The Joker over the course of the game’s story. There are a lot of puzzles to solve and decisions to make that will help decide the fate of Gotham, but it stays true to the heart of Batman’s character throughout. Plus, seeing him have a hand in creating his greatest enemy is always a fun wrinkle.

This was the fifth game in the Batman: Arkham series and the third to be developed by Rocksteady Studios. It is, in almost every conceivable way, a capstone to Bruce Wayne’s journey as Batman, giving closure to many of the lingering plot threads from the previous games and setting up a future Gotham without him. While the plot is solid most of the time, the game is held back by an over-reliance on the Batmobile gameplay. Vehicles don’t tend to work well in platforming sections and this game suffers for it.

The Lego Batman games are all very fun, but this is easily the best. It gives players the chance to explore a Gotham City unlike any other Batman before as other DC heroes. Flying around as Superman is a delight that we never get tired of. It is certainly a more toned-down Batman experience, lacking the darkness and grit of most of the games in this series, but it still delivers a great game that you shouldn’t overlook.

We’re lumping the Injustice games together because they aren’t really Batman games but do feature him as a central character in the plot and gameplay. They are fun, well-balanced fighting games that put players in control of some of the best-known characters in the DC Universe and beyond. Batman’s move set is particularly fun, incorporating attacks that use gadgets in ways that are both ridiculous but still fit in with the rest of the game perfectly.

This is the game that started Rocksteady’s Batman: Arkham series of games and is still one of the best. The combat is intuitive, giving a sense of power and strength behind every strike. It was the first game that highlighted the fact that Batman is the world’s greatest detective, with investigative moments that are simple but interesting. It’s the stealth combat that is the highlight of the game, with Batman pouncing from the shadows and offering some creative ways to tackle the levels. Bringing in the iconic performances of Mark Hamill as the Joker and Kevin Conroy as Batman just elevates the game to new heights.

The follow-up to the innovative Arkham Asylum game gives us the best Batman game of all time. Free from the confines of the Asylum, the game opens up to allow players to explore some of the iconic locations in the Batman comics, with some deep cuts that only obsessive fans will enjoy. There is a fast travel system but gliding from one corner of the city to the other never feels like a chore. The combat is still tight and we still get great performances from both Conroy and Hamill in their iconic roles, including the creepiest voicemail message ever playing over the credits. No other game delivers on the Batman experience quite as well.