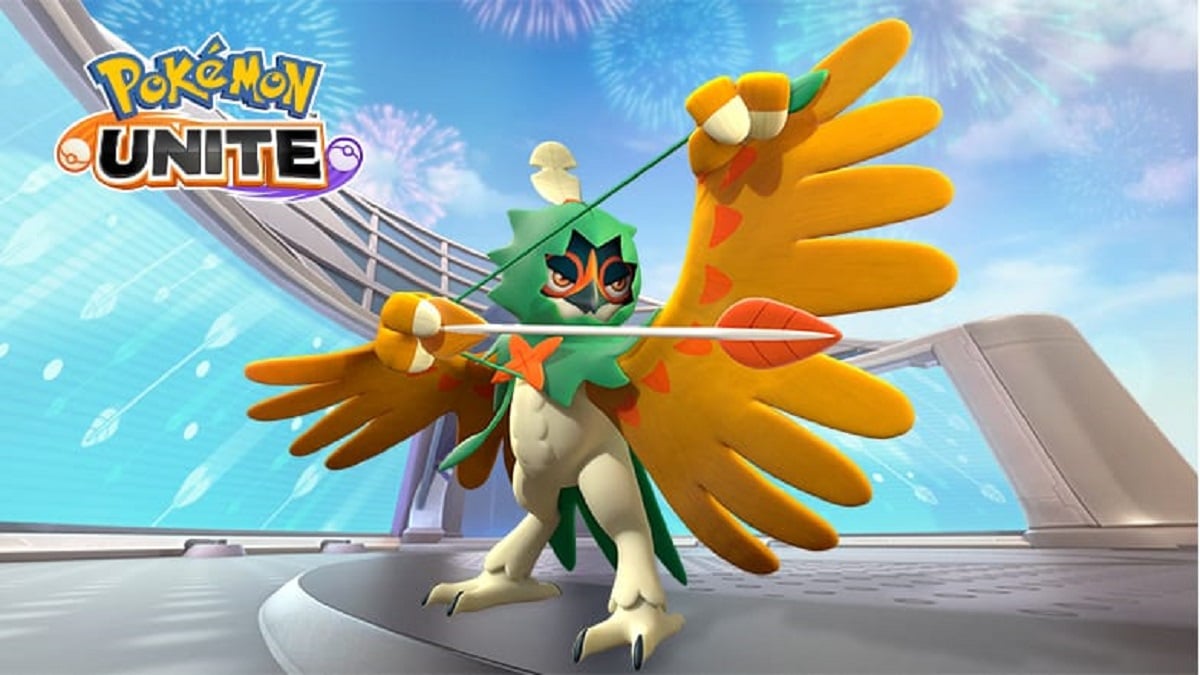 Decidueye is the first Pokémon to debut in the Season 2 of Pokémon Unite. The Ranged Attacker has a quirky playstyle and a steep learning curve. To help players, here is a guide explaining all its moves and the most optimal build.

You begin the game as Rowlet and have access to Leafage. It’s a straightforward move where Rowlet shoot leaves in a cone, dealing damage to any opposing Pokémon that gets hit. Once the move ends, the Pokémon gets a bonus attack speed for a brief moment. At level 3, Rowlet learns Astonish, which allows Rowlet to deal damage and sap the movement speed of foes.

Rowlet evolves into Dartrix at Level 4. Furthermore, Dartrix evolves into Decidueye at level 7 and will get an option to upgrade Leafage into Razor Leaf or Spirit Shackle. Either of these moves is viable, and it boils down to the player’s preference and playstyle. Razor Leaf increases the attack damage and attack speed of Decidueye. Additionally, the Pokémon’s basic attack will target multiple enemies.

On the other hand, Spirit Shackle allows Decidueye to charge and shoot quills in the targeted location. The damage dealt by quills increases the longer it is charged. If the move is charged to the maximum, the move shackles the foes to the ground.

Astonish can be upgraded into Leaf Storm or Shadow Sneak at level 8. Unlike Decidueye’s other move, where both options were viable, Shadow Sneak is the clear winner here. It allows Decidueye to take control of one of the opposing Pokémon, dealing damage while also reducing the movement speed and defense of the hostage. Additionally, Decidueye gets a bonus movement speed for brief movement.

Decidueye learns its Unite Move Nock Nock at level 9. The Pokémon fire quills towards the targeted direction, dealing damage to anyone that gets hit by it. At the end of the move, Decidueye fires a big quill that deals bonus damage based on the remaining HP of the foes.

Muscle Band is arguably the best item for Decidueye. It increases the damage of Decidueye’s basic attacks, which is the source of most of its damage. Another core item in Decidueye’s build is Scope Lens, which increases the critical hits. The last item in the build can be changed depending upon your playstyle. Energy Amplifier is a solid option as it increases your damage potential for a short period after you use your Unite Move.

Eject Button is the standard Battle Item to run on Decidueye. However, players can also pick X Attack or X Speed depending upon the situation.