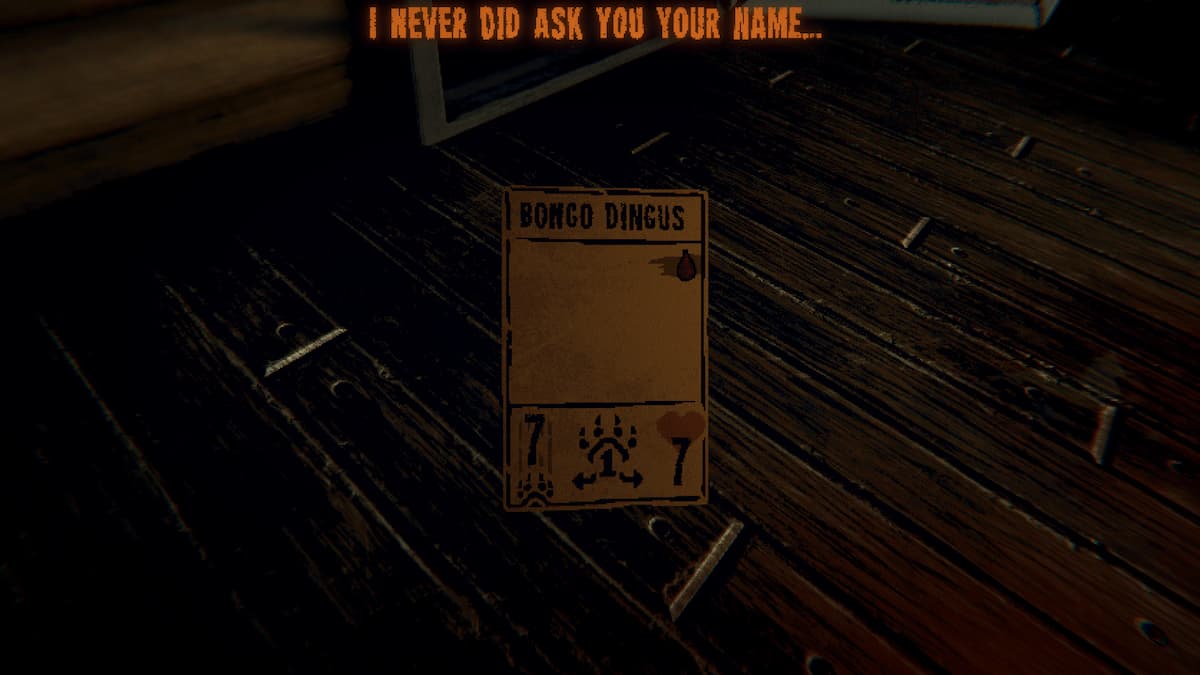 Let’s face it — Inscryption is a challenging game at first. The game dares players with difficult — and sometimes impossible — scenarios often while also surprising players with unique boss attacks on top of that. Inscryption doesn’t hold your hand but instead expects you to fight back however possible. We would almost say that Inscryption challenges you to break the game in the worst way possible, just to progress. Here’s how you can do that.

First and foremost, take a look at our Deathcard guide. The Deathcard system allows players to make ridiculous cards — providing they have the materials on hand and are lucky enough to draw the right cards. Ideally, you want a 0 or 1 cost Deathcard with 3/3 attack and health at a minimum. If possible, try to put either Bi- or Trifurcated Strike, Airborne, or Touch of Death Sigils on the card as well. With enough forethought, you might even be able to put 2 or even all 3 of these onto one card, boosting your odds of clearing Act 1 immensely.

However, a broken card is only good if you can draw it and play it safely. Leshy cheats, hard and often, and so you will still need a good stable of cards to wave clear, protect, and otherwise make space for your weapon of mass destruction to take the stage.

First and foremost, try to thin out your deck whenever possible. If a choice presents itself to choose a Sacrifice Altar, take it. You will naturally accrue junk via playing, making it harder to draw into your good stuff. Also, while we’re talking about paths, if you see a bonfire, prioritize it as well. Boost your Deathcard to 5 attack if possible, as this will allow you to turn 1 win against random encounters. Once your Deathcard is at 5 attack, start boosting another card to increase your chances of drawing into something good.

Priority Sigils include Airborne, Bi- and Trifurcated Strikes, Touch of Death, Many Lives, and Unkillable. Always try to fuse Sigils onto other units to reduce deck bloat and beef up your weaker units, such as Stoat, Stinkbug, or Stunted Wolf. Stoat, for example, makes a great target for Many Lives, as you can turn 1 summon a whole field of monsters off the Squirrel into Many Lives combo. Stinkbug is also great, as she is cheap and requires no sacrifice to summon, while weakening anything that opposes her.

In general, it is a good idea to keep a heavy hitter that isn’t your Deathcard as a backup. If you see a Grizzly or Great White and have no better options, go ahead and grab it. Worst case scenario, you can make another Deathcard using their stats if you’re lucky.

For Pack items, always try to keep an emergency Bottled Squirrel on hand. If you spend your Fishhook or Special Dagger, aim to pull items such as the Hourglass or Hoggy Bank. The Harpie’s Birdleg Fan is incredibly useful for the Trapper fight, and isn’t a bad choice, either. Totem-wise, try to get the Bones buff attached to your Squirrels. If you keep getting Coyotes, Vultures, and the like, having a constant source of bones is a good thing. It also guarantees you a turn 1 Stinkbug if you draw into her — if you’ve been buffing her up, this can shift momentum heavily in your favor.

One last rule — Leshy Cheats. Several encounters in the Snow Line map, for example, have Leshy spawning a turn 1 3/3 with Airborne, as well as several Raven Eggs that will kill you guaranteed by turn 3. It is possible to do everything correctly and still lose due to a bad draw or an unfortunate Totem Encounter. Stay determined — once you get the hang of it, you’ll knock ’em down a peg.