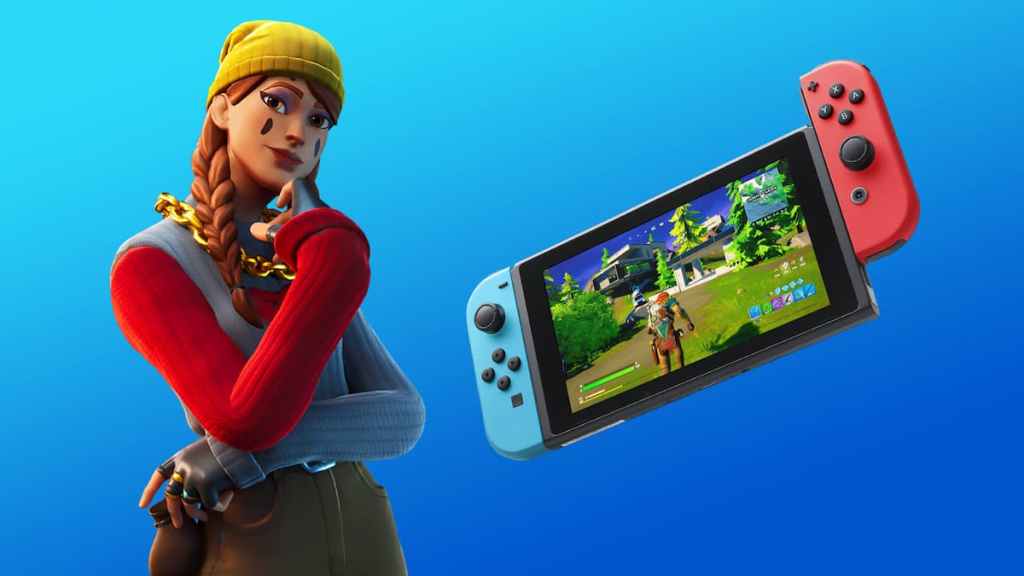 Developer Panic Button was able to bring Respawn Entertainment’s highly popular battle royale Apex Legends to Nintendo Switch. This version is up-to-date with all other versions and features full-fledged crossplay. Despite some major hits to frame rate and resolution, the Switch version of Apex Legends is great for anyone who can’t play the game on other platforms or just want to get some Arenas matches in before bedtime.

Platform fighter Brawlhalla takes a lot of inspiration from Nintendo’s own Super Smash Bros., but the game from Blue Mammoth Games and Ubisoft has taken off on its own as a serious competitive title. Featuring full crossplay and its own crazy crop of guest characters like the Ninja Turtles and Shovel Knight, Brawlhalla is a title that will continue to grow.

After Nintendo Switch players missed out on Monster Hunter: World, Dauntless from Phoenix Labs served as a more-than-competent substitute. With full crossplay with players from other platforms, Dauntless will easily scratch the itch of any monster hunters, and exploring the variety of biomes to hunt down Behemoths with your friends feels right at home in handheld mode.

The increasingly non-sensical phenomenon Fortnite continues to grow with each season update, and Nintendo Switch owners in particular are a huge part of the battle royale’s audience. Running and gunning feels just as smooth in handheld as it does with a traditional controller, made better with some motion control enhancements. Epic Games also recently made improvements to the graphical quality of the Switch version, making it an excellent way to play the game.

The surprise EA Original hit from Velan Studios pits two teams against each other in all-out dodgeball warfare. Knockout City has easy-to-play, hard-to-master mechanics, and players have gotten quite good at the game fairly quickly. The game also has some Splatoon-like vibes, making it a great fit for the Switch’s library. Players can play Knockout City for free until they reach rank 25.

Thanks to the porting wizards at Panic Button, the ever-popular Rocket League from Psyonix plays smoothly on the Nintendo Switch. After going free-to-play in the summer of 2020, the audience for this madcap car soccer game widened up, and incorporating full crossplay across all platforms certainly helped. With constant updates and events still pumped out on a regular basis, Rocket League isn’t slowing down any time soon.

Sky: Children of the Light

The studio behind Journey and Flower release Sky: Children of the Light on mobile platforms, but the team’s take on an online social game finally came to Nintendo Switch, free of charge. Wearing a similar art style to Journey, Sky lets players befriend others and interact with them through playing music and sending gifts. It’s a very natural next step to what Journey created in the first place, and you can now properly enjoy environments from thatgamecompany with your friends.

It’s easy to feel fatigued from the number of battle royales in the market, but Spellbreak from Proletariat stands out for a number of reasons. With a focus on magic over gunplay, Spellbreak gives players several opportunities to strategize, whether it’s figuring out how different elemental attacks interact with each other or picking up different runes to enhance your character. On top of all of this, Spellbreak features a lovely art style that stands out compared to other battle royales.

The first free title to ever be included with the Nintendo Switch Online service was Tetris 99 from Arika and Nintendo, which at the time of its announcement came off as an absurd but potentially fun idea. Combining classic Tetris gameplay with the battle royale genre turned out to be an addicting combination, mainly due to the inherently competitive nature of Tetris. The gameplay becomes increasingly frantic as players begin to drop, with garbage blocks thrown at you and a constant sense of urgency.

Warframe has been around since 2013, long before the release of the Nintendo Switch; it wasn’t until late 2018 when noted Switch port studio Panic Button brought this live title to Nintendo’s hybrid console. This games-as-a-service contains a mishmash of action game genres, with shooting, melee attacks, parkour-based mobility, and role-playing elements all mixed together. More than eight years in and the updates and content additions are still coming for Nintendo Switch players to get their hands on.