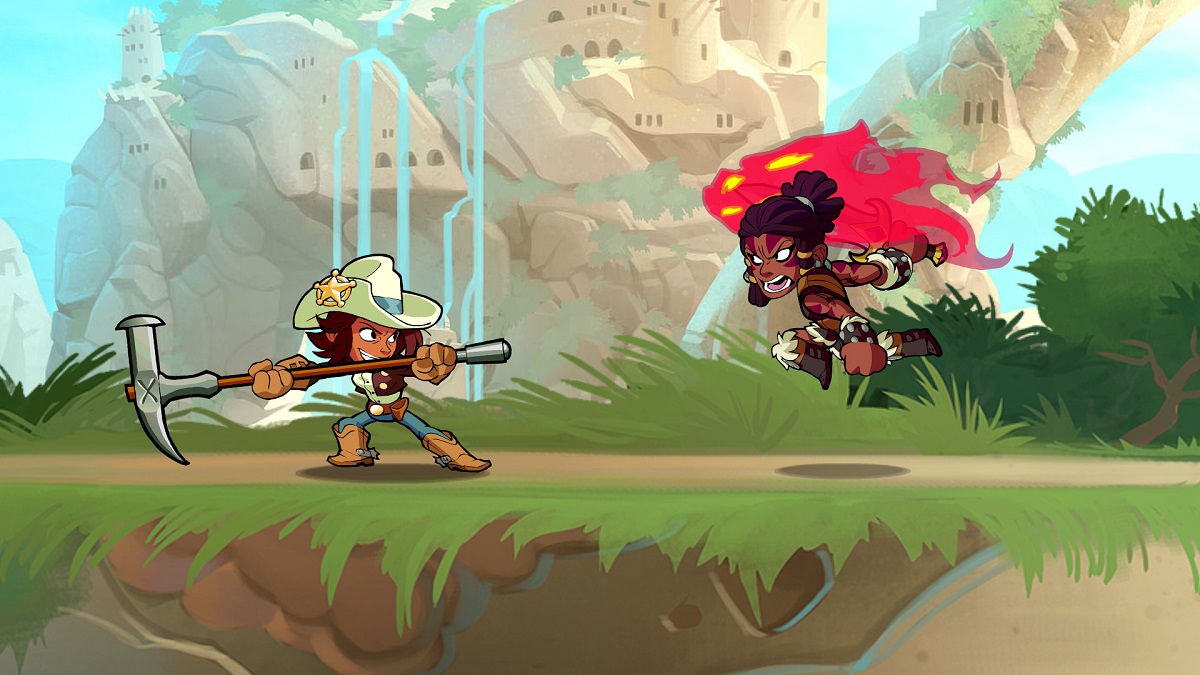 Super Smash Bros. Ultimate is one of the best exclusives on the Nintendo Switch, but there are some great games on Xbox that play similarly to it. While you won’t see the likes of Sora, Mario, Link, and Sonic clash, there are some engaging games that have the likes of Bugs Bunny, Rayman, and even Spongebob Squarepants. Here are the five best games like Super Smash Bros. Ultimate on Xbox, ranked from worst to best.

From the talented Yacht Club Games comes a 2D fighting game that has you trying to be the last one standing. Each knight of the order of no quarter is represented, having their own set of moves that can be used on the battlefield. Overall, there are over 16 playable characters such as the Enchantress, Reize, Baz, Mr. Hat, and Phantom Striker among others.

Fights take place in familiar scenes from the original game, plus some new locations just for Shovel Knight Showdown. There is also a story mode that will have you face your character’s rival and ultimately a final boss that will test your skills as a fighter.

Brawlhalla is a free-to-play platform fighter that takes the intricacies of the Super Smash Bros. formula and makes it simpler for a wide audience. Each character has two weapons that they can utilize that can dramatically alter their playstyle. For example, Rayman can use an axe (Origin Axe) or gauntlets (Rabbid Boppers). The axe provides a slower attacking form while the gauntlets are faster to wield. Depending on the situation, you may prefer one over the other. Having two different movesets is a refreshing change and provides a lot of strategic elements to the game.

Unlike Super Smash Bros. Ultimate, online games are matched up almost instantly and once you’re in a match, there’s very little lag to speak of. While Brawlhalla doesn’t have Nintendo characters featured, we have seen the likes of WWE’s The Rock, Street Fighter’s Ryu, Po from Kung Fu Panda, and many other guest characters all be a part of Brawlhalla.

Nickelodeon All-Star Brawl admittedly doesn’t have the animation quality of Super Smash Bros. Ultimate, but underneath is strong Melee-like gameplay that many fans have attached themselves to. In this game, you can play as Spongebob Squarepants, Powdered Toast Man, Aang, Ren & Stimpy, and many more Nickelodeon characters across its long history.

Stages like the Western Air Temple from Avatar: The Last Airbender look true to the shows they come from and bring an entertaining factor to the Smash-like title. Similar to Brawlhalla, Nickelodeon All-Star Brawl features better online functionality than Super Smash Bros. Ultimate as it features rollback netcode. You may have heard the game doesn’t have voice acting, but a new update has added the feature alongside the introduction of items.

Rivals of Aether is a long-loved indie platform fighter that has stuck around since 2017. It has a wonderful 2D art style that calls to mind the Super Nintendo era, and the overall character designs are pleasant and suited to each of them. The online mode is solid and maintains a regular player base among Steam users, and this is likely the same for Xbox players as well. The controls feel precise just like its platform fighter competition, and the characters are all unique.

Like Super Smash Bros. Ultimate and Brawlhalla, Rivals of Aether has a few cameo characters as well. You can play as Ori from Ori and the Blind Forest and the aforementioned Shovel Knight.

MultiVersus is not even out yet, as of the time of writing, but the closed alpha of the game was so impressive that we’re convinced it will be the best platform fighter on Xbox when it eventually releases for everyone around the world. Each character has a fascinating moveset to utilize, and the crossover between all of the featured Warner Bros. properties somehow works. Batman and Bugs Bunny surprisingly have a few comical exchanges between each other, for example. During matches, the characters make a comment about a competitor in the match, creating some unexpected references or jokes.

The stages look stunning with accurate representations of the Batcave and the Tree House from Adventure Time. MultiVersus is also one of the most accessible games on this list, as it’s free-to-play and features crossplay, which allows players from PC, Xbox, and PlayStation to match up together. Each moveset is intricately designed to match the playstyle of that character. For example, Wonder Woman can use her lasso to pull opponents into her range. We can’t wait to get our hands on the final product.