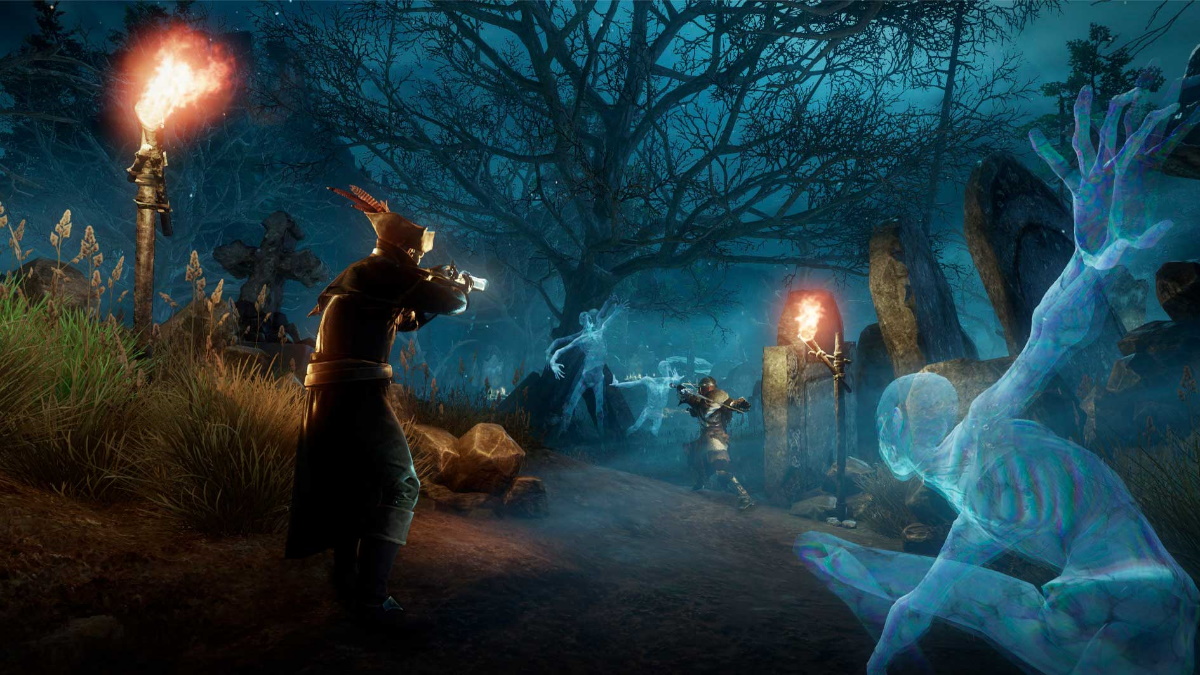 Muskets are preferred ranged weapons you can use in New World, providing fantastic long-range damage against other players. While the weapon takes a bit of time to reload, it can be devastating during wars and open-world PvP combat. To optimize your build in New World, you also want to use the best gems to complement this weapon. In this guide, we’re going to detail some of the best gems for a Musket in New World. These can be placed on your Musket or in your armor.

These gems convert part of your weapon’s damage into specific elemental damage, for example, Ignited convert part of the Musket’s overall damage to fire. The amount of damage this is comes from the base damage of your Musket or your Intelligence attribute. While Musket’s secondary stat is intelligence, more often than not, you’re going to be using Musket as your secondary primary weapon, so you can expect to use the weapon’s base damage as the conversation. Regardless, it’s an excellent way to do a wider range of damage against an enemy during a fight.

With the Brash gem, you’ll be able to do a significant amount of damage while the target you’re hitting is full health. It’s a solid gem to use in both PvP and PvE occasions because if you’re using a musket, more often than not, you’re the first one to land a hit against an enemy. You want to double down on this advantage, especially in PvP against long-range targets.

Leaning more on the PvE side, the Calming gem will make it, so enemy NPCs have a lower chance of going directly after you. You’ll be using your weapon from a decent range and doing some pretty high numbers, which means you don’t want to draw agro from your group’s tank to you during a battle.

The Cruel gem has you doing additional damage against opponents that have Crowd Control effects. The Musket does have Crowd Control abilities, but they’re primarily in the Trapper tree. While these effects are typically medium-range, it’s constructive for you to increase your damage based on where you’re fighting in a war.

Every so often, you’ll engage in a ranged battle with enemy Musket players, forcing you to move around and dodge away from their fire. During these instances, it helps to have the Gambit gem where you’ll receive increased damage by not having full stamina. This doesn’t happen too often, but if you’re aiming down sights and immediately firing at your target, you can land some great hits against an opponent to keep them locked down at a set position.

The enemy typically tries to retreat right before they’re about to die. When a target is just out of range, having a Musket is extremely helpful, and with the Opportunist gem, you’ll be able to deal more damage when your target has less than 30% health. It’s an excellent way to catch fleeing enemies off guard and sending them back to the nearest respawn point.

The final gem we’re going to recommend is Rally. You’ll be doing more damage while you have full health, and if you’re playing the backline, long-range musket game, you might not be the top priority during a PvP match. If you have a pocket healer ready to protect you during a war or a PvP fight, it’s a good way to do even more damage and support your team while you remain safe.