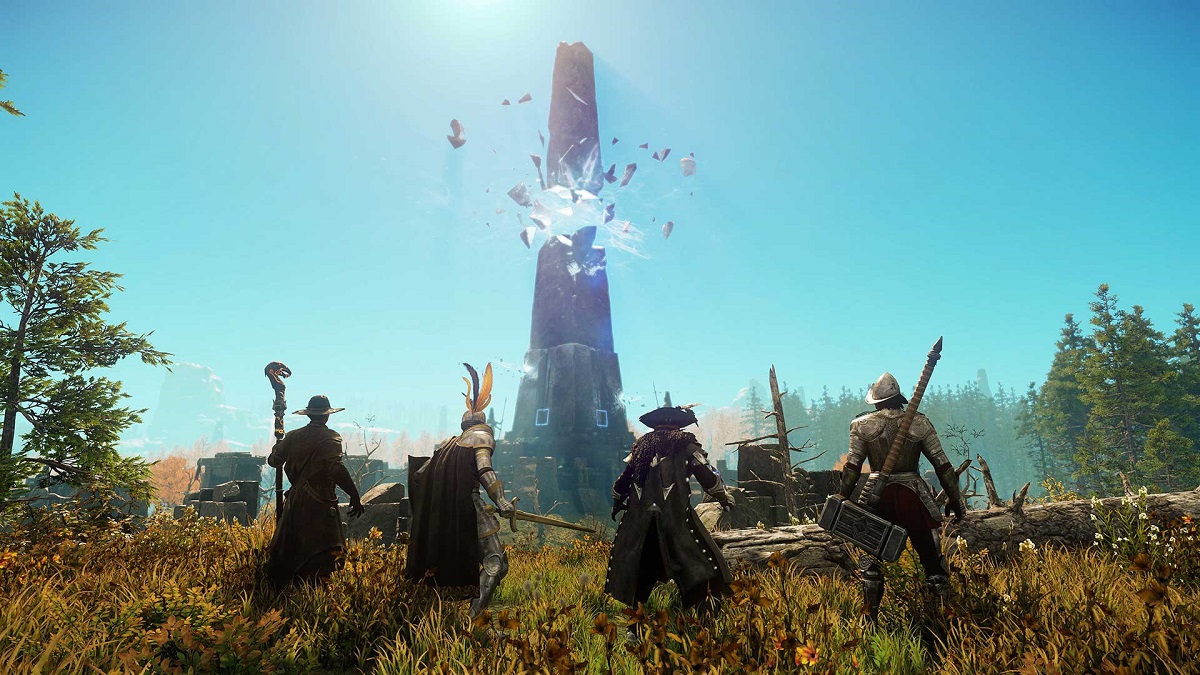 The War Hammer is a brutal weapon in New World. You often see this used in the large-scale wars where 50-on-50 players duke it out against each other, battling over control of a territory. The War Hammer is commonly used because of the weapon’s incredible AoE damage and Crowd Control effects. In this guide, we’re going to detail some of the best gems you can use while using a War Hammer and become one of the more formidable fighters in New World. These can be placed on your War Hammer or in your armor.

You’ll be doing plenty of damage to enemies with the War Hammer. With the Abyssal, Arboreal, Electrified, Empowered, Frozen, or Ignited gems, you’ll convert a small portion of that damage into another elemental damage, giving you the ability to deal a broader range of damage against enemies during combat. It’s a good way to rely on your standard damage while adding a unique damage type against an enemy. The type of damage you choose to use is up to you.

The Cruel gem causes enemies to take additional damage from your attacks while they have an active Crowd Control effect against them. The War Hammer can effectively land several Crowd Control effects, especially against multiple targets in a small area. With this gem, you can expect to hit your opponents even harder while they struggle to escape your onslaught.

Although the War Hammer does plenty of damage, you’re in the middle of most fights, so you want to build your defenses and make it challenging to take yourself down. An excellent way to do this is to include the Elemental ward, increasing your Elemental Damage Absorption. If you’re already using a heavy elemental resistance armor set, this is a good complement to it.

Because you’re going to be in the middle of the fray pretty often, you expect to battle it out against players, and you’ll take several hits. If you find yourself struggling closer to the 30% mark or edging close to it with a healer keeping you alive, the Exhilarate gem increases your damage with lower health, giving you enough of an edge against an opponent. It’s a good way to dodge and catch an enemy off guard when you reach this point.

Similar to the previous gem, you’re going to be in the middle of fights, and you’ll be dodging several attacks. The Gambit gem increases your damage when your stamina is full, so you can start an engagement off by dodging an attack and then slamming into your opponent with an ability. A person using the War Hammer wants to be at the front of an assault, and you’ll be spending a lot of your stamina throughout a fight.

These gems are similar to the Elemental Ward one, but they focus on the non-magical attacks: Physical, Slash, Strike, and Thrust. You can expect all of these attacks to hit your character during large-scale PvP battles, so you’ll want to pick one that you feel causes the most damage, such as if you struggle against players with Rapiers who are using Thrust or other War Hammer players who are using Strike. The choice here depends on your build and how you craft your War Hammer build.

The final gem is Retaliate, where after being hit three times, your damage increases. This is a solid gem to have on you when you’re working together with a healer who can keep your health up during a fight, especially when you’re in the thick of a battle. Even if an opponent’s attacks are faster than yours and they’ve already hit you several times, your expected damage output will only go up.