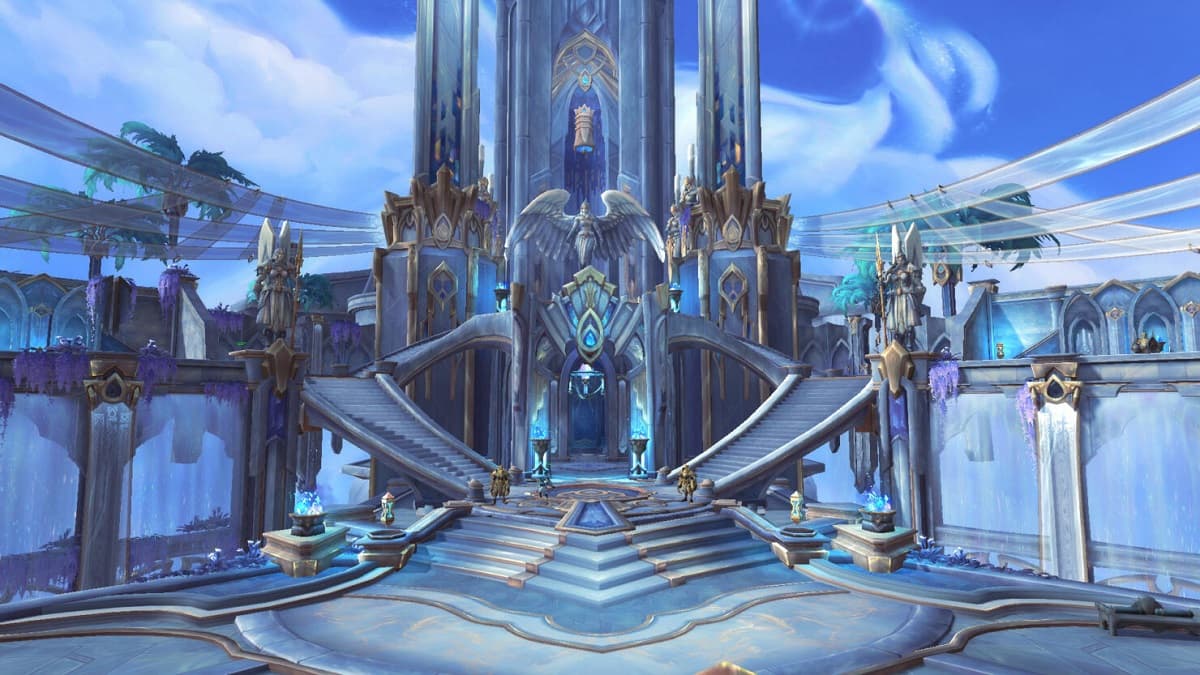 If you’re going to step into one of World of Warcraft: Shadowlands’ raids or dungeons, you’re going to want to bring a good healer. Good tanks and damage-dealers are needed to survive as well, but a good healer can be the difference between taking down a boss and taking a full wipe. Healers keep the other characters alive while simultaneously mitigating boss damage through their various abilities.

And, if you’re planning to run Mythic+ dungeons at a high level, your healer needs to be able to deal damage. It’s quite a bit of responsibility for healer characters, but if you decide to take the role on, it’s important to choose a good healer.

In raw healing output, most healers are very similar. The differences come in the abilities that let them more easily make their way through the toughest Mythic fights. Almost every healer is viable in the hands of a good player; these are just the current best in the game. It’s also a list that is constantly evolving with new content and balance patches.

Here are the best healers in Shadowlands Patch 9.1.

Holy Paladins top the list for a few reasons. The most notable is that if they side with the Venthyr covenant, they get an ability called Ashen Hallow, letting them do damage on par with tanks without losing much in healing. This is incredibly important for Mythic progression.

The class also has access to Devotion Aura, which reduces the damage party members take by three percent. If you stack that with Aura Mastery, it becomes one of the best raid abilities in the game. Add in a few more utility spells, and you have a versatile healer who can keep up in any situation.

Like Holy Paladins, Discipline Priests bring solid damage-output alongside their healing capabilities. If you’re pushing hard in the early days of the expansion before your team has acquired new gear, this class could help turn the tide in a close fight.

Discipline Priests also have tools like Power Infusion, Spirit Shell, and the Evangelism/Rapture combo that, when used with good coordination, can help get you through tough spots. They might not have the highest healing output, but the heals they do have can be used in key situations to keep your team alive.

Restoration Shamans have sometimes been in a weird spot with healing because raids and dungeons like to use abilities that force players away from each other. Resto Shamans use Chain Heal, which requires players to be near each other. However, Sanctum of Domination doesn’t have as much spread as other raids, paving the way for Resto Shamans to get back to the top of healing meters.

Additionally, Shamans have access to both the Spirit Link Totem and Ancestral Protection Totem abilities, proving invaluable in certain situations and giving the class some real utility. While they may not have the DPS to keep up with the classes above, they can certainly hold their own as healers in 9.1.

Mistweaver Monks are right up there with the top-tier classes in terms of healing output. They also have some of the best mobility in the game, which lets them easily move throughout the battlefield. However, they lack a strong damage reduction cooldown, which keeps them from taking a top spot.

That being said, all Monks do bring a five percent physical damage buff with them. Most raid groups will require this, so if no other Monks are joining you, it might be a good idea to bring a Mistweaver along. And, if you have another class to focus on damage reduction, the Mistweaver does an exceptional job at keeping other players alive regardless of the situation.