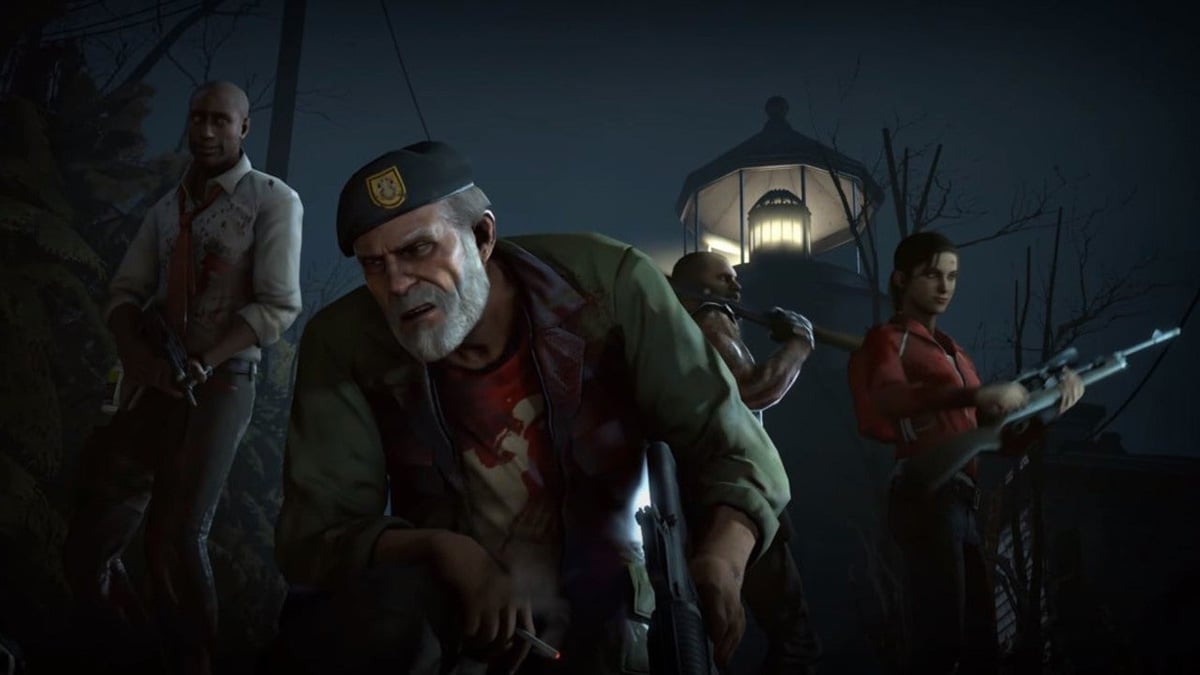 Left 4 Dead 2 is a longtime favorite that blends fast-paced shooting action with the constant pursuit of zombies. The game is well-known for bringing a new experience every time you play, thanks to the AI Director changing elements of the map up. However, even with that changing aspect of the game, repeatedly playing the same locations and encountering the same enemies can get stale.

Enter mods. As with other Valve-developed games (and a collection of third party titles), the game is fully supported in the Steam Workshop with a number of community-created mods. These can extend your gameplay and bring new situations that would not have been there originally. Here are the best mods you can find for Left 4 Dead 2.

In 2020, everyone is talking about Among Us, the game that sees you accuse your friends of being impostors and voting to throw someone to their death. While one of the little astronauts from that game may seem out of place, you can replace Bill with the red guy if you want. He is shaded perfectly as a throwback to his original game and loses his arms for a Rayman-esque way to hold his guns with floating hands.

One of the biggest problems with Left 4 Dead 2 is that it was released back in 2009. While the game is still fun, it is now outdated from a performance standpoint. Give this mod a try to update the lighting effects in the game. The particle effects bring in a more Hollywood-esque feel; pathway lights have horizontal flares and a sun glare effect is added into the game.

Do you want to make Left 4 Dead 2 scarier, or have you always despised the Teletubbies and wanted to destroy them all? Whichever situation applies to you, this mod gives you the opportunity. All common infected in the game change into one of the four hellish early childhood television show characters and relentlessly chase you down. This mod comes equipped with custom sounds, exploding heads, severed limbs, random bloody skins and textures, and it works for online matches.

Everyone remembers the iconic battle of Helm’s Deep from The Lord of the Rings: The Two Towers. You can battle for your life there against a relentless horde of enemies alongside your friends in an exhilarating survival map based on the movie. As with any other survival map, there is only one rule: do whatever it takes to fight for as long as you can. You will not come out of this fight alive, but it is a great time with friends set in one of the more well-regarded cinematic battles ever made.

While Left 4 Dead 2 is better with friends, you do not always need to have a human player to accompany you to have a good time. Unfortunately, playing with bots can be frustrating, so that is where this mod comes in handy. The Improved Bots mod lets the AI-controlled characters act a little more human. Features included are bots continuing to play after you have died instead of ending the game, bots moving around a player instead of shooting through them, bots trying to stay in a tighter group with the player, and quite a bit more. This is one of the more impressive mods for Left 4 Dead 2 that can alter the experience for people who enjoy single-player sessions.

Sometimes the blinding flash that comes from explosions in the game can be annoying. For some people, it hurts their eyes, and others do not like the dip in framerate that comes from the flash. This mod removes that white flash and gives them a much easier conveyed red flash, so it is easier on you and your PC.

This mod is a neat little throwback to the days of the first Left 4 Dead days. It simply will make it so whenever you come across any of the special infected that were in the first game (Hunter, Boomer, Smoker, or Tank), you have a chance to see them as they originally appeared in that game.

Some of the most popular mods for Left 4 Dead 2 change the skins for characters in the game. In this case, the powerful Tank is swapped out with everyone’s favorite ogre Shrek. This mod does not stop at the appearance change, though. The tank’s usual grunts and roars have been swapped out with Shrek voice lines from the movie, and when he appears, the iconic song “All-Star” by Smashmouth plays. The ultimate meme.

We are taking this zombie game to the one place that has not been corrupted by capitalism: space! In all seriousness, this mod changes up everything you know about Left 4 Dead 2 in a galactic sense. With this mod, the skybox changes, fog is removed, draw distance is improved, you can jump higher, and zombies move a little slower, with more changes that you would expect to come with a shift to a space setting. Unfortunately, this mod does not work with any other mods, so you will have to disable other ones and only play on official maps. Still, it changes the traditional gameplay enough to make it feel fresh.

Campaigns are the most exciting mods you can find for Left 4 Dead 2 and allow creators to show their creativity. Urban Flight is a four-map campaign that feels like it could have been made by Valve themselves. The mod supports single-player, cooperative, Versus, Survival, and Scavenge game modes. The premise is simple as with other great campaigns: you start in a burning city and need to fight your way to a small military airfield on the other side of a river. This journey will feel more like urban warfare than a simple walk to safety.