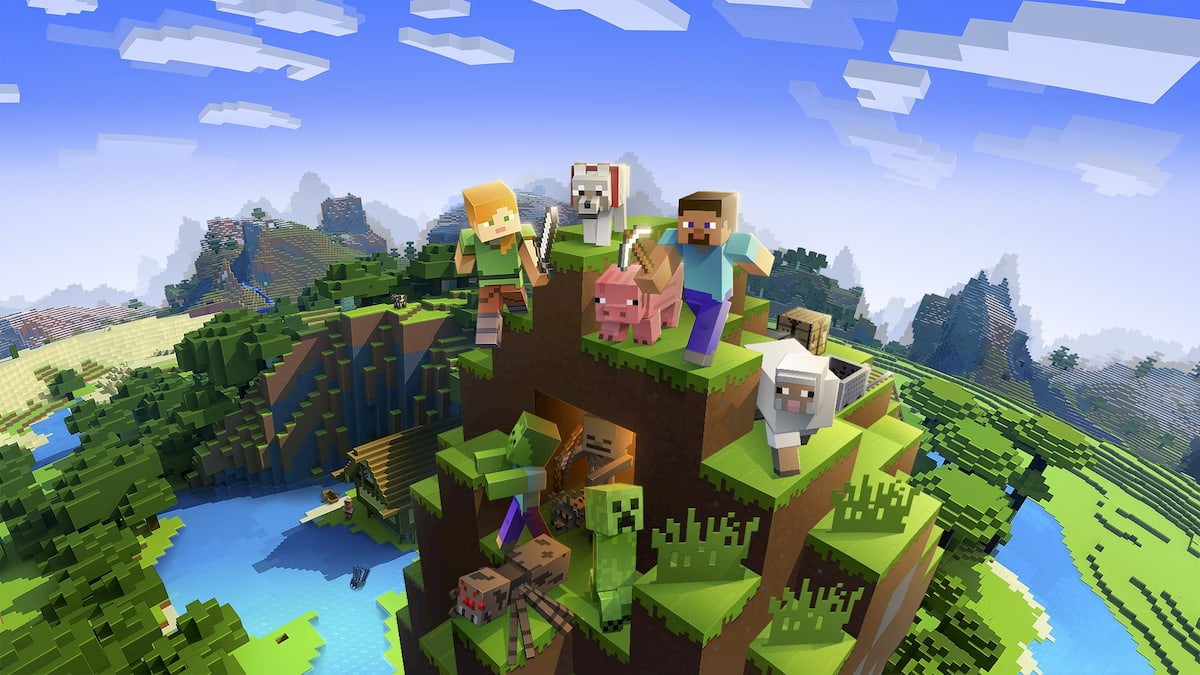 The Minecraft Vanilla experience can get stale after some time. It’s updated infrequently and isn’t much of a challenge for experienced players. This is where data packs shine, as they allow you to improve Vanilla Minecraft without making massive changes to the base game. This guide will highlight the best Minecraft data packs and what makes them so great.

Serious Minecraft players often love to create loot farms to get resources automatically. When you create a farming tool, you can essentially kill spawning mobs with lava or other means to continuously generate items. Unfortunately, you can’t pick up and move spawners from their default location. Craftable Spawners and Spawn Eggs fixes this by allowing players to craft all types of eggs and spawners.

Bees are a new addition to Minecraft, but their use is somewhat limited currently. This data pack aims to solve that problem by adding a few new features to the beekeeping experience. Enhanced Bees! has a Queen Bee that buffs your Worker Bees, recipe changes for Honey, and cheaper Honeycomb Blocks. All of these changes make beekeeping more dynamic and worthwhile.

This data pack is exactly what it sounds like, guns in Minecraft. It’s not just your regular bow reskin, though. GGUNZ comes with ammo, new melee weapons, and tons of new guns for players to use.

If you enjoy Hardcore Minecraft, you’ll no doubt this data pack. RPG Loot, Mobs, & Dungeons brings classic RPG elements to Minecraft, including loot rarity ranging from Uncommon to Legendary and Rare Boss mobs that drop exceedingly rare loot. You can find everything this pack has to offer by entering one of the randomly generated dungeons scattered across the map.

Ships out on the oceans

Ships have been in Minecraft for a long time, but you can only find them destroyed at the bottom of the ocean. Ships out on the oceans add Villager and Illager ships to Minecraft. These can be found throughout the ocean to create a more lively sea.

The first few hours of Minecraft are characterized by monotonously chopping down tree after tree to jump-start your playthrough. Treecapitator makes this process a bit less painful by allowing you to chop down trees in one swift motion. All you have to do is cut down the bottom block of a tree, and the whole thing comes crashing down.

Tridents are unique weapons you can only get as a rare drop from, and they are underwhelming in power. But with Trident Crafting, you can craft Tridents for your own use. Trident Crafting provides four different crafting recipes allowing you to create unique, powerful Tridents.

The True Survival Mode takes the survival elements of Minecraft and emphasizes them more creatively. It has Custom Wandering Traders, Custom items, and Realistic sleep mechanics. It’s not for everyone, but if you miss the hardcore survival game, Minecraft used to be, definitely check this one out.