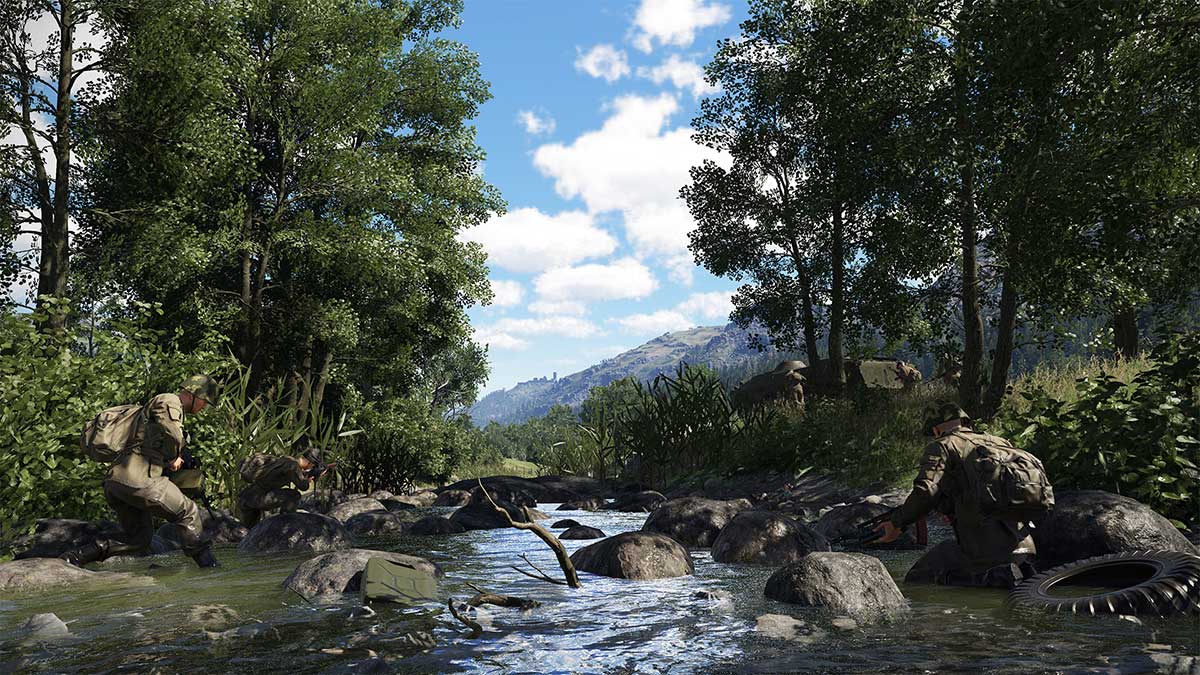 While Arma Reforger has a colossal map for players to battle across in standard game modes or with custom rules, it also has a legacy as part of a series with one of the best modding communities. Arma Reforger’s workshop launched with one mod, but the community has built new ways to play or tweak the game to make it completely different since then. We’ve collected a few of the best mods for Arma Reforger in this guide in no particular order to help you get an idea of what you can do when you’re ready to change things up.

This is the most popular single weapon mod in Arma Reforger. It’s an AK-12 with a polymer magazine chambered in 5.45x39mm. So if you want to add a modern yet realistic weapon to the game for your next match, look no further than this.

This is the most popular mod in Arma Reforger at the time of this writing because it allows weapons to share attachments rather than restricting specific attachments to certain weapons. Part of what makes Arma Reforger so enjoyable is how accurate it is, right down to the way items interact with each other, but this can become tiresome if you just want to be able to swap an attachment between weapons instead of filling up your backpack. This mod removes the need for any of that.

Tracers are shots dispersed into ammo cartridges with a colored hue to them when fired. They’re used to show you and others where your bullets are heading to prevent hitting friendlies and coordinate your attack. This mod makes the tracers in the game more visible, brighter, and with better colors, so they’re more noticeable.

The successor to the BloodLust mod for Arma 3. This mod adds gore and blood to Arma Reforger, something that will probably come to the game over time. However, right now, it’s the best way to make your game more realistic.

Capture and Hold is a classic king of the hill-style game mode built by Bohemia Interactive. It transforms the island into a series of points that each side needs to push towards and hold for as long as possible before the game ends. The winner is determined by which team held the most points by holding areas for the longest time. It’s nothing special, but it is from a reliable developer and serves as a good introduction to Arma Reforger mods.

If you’re not into the classic military vehicles on offer in Arma Reforger, this mod has you covered. It adds a few versions of the Ford Mustang GT 2005 for you to hop into and use around Everon. While it ruins the realism and immersion, it does feel better to drive something that looks this good across open fields in the middle of a warzone.

This mod adds a set of missions to Arma Reforger, each with interesting mechanics that help you get to grips with the game’s basic controls and systems. It acts as a tutorial for now, but the mod author plans to create a campaign that players can enjoy for years to come.

Arma Reforger can be played by yourself, but it’s not that easy to set up. This mod is a custom game mode that causes waves of AI enemies to spawn and head in your direction. It’s up to you to kill them all and defend your base. While not the most sophisticated singleplayer experience, it’s better than nothing.

Related: Does Arma Reforger have a single player campaign?

Anyone who has played Arma Reforger knows that using the map is difficult because there’s no marker for the player’s location. This plays into the realism that the developer wants to achieve, but it’s also frustrating for those who can’t work out where they are or where they’re going. The mod adds a tiny marker on the map for your location, making navigation much simpler.

Fans of the DayZ mod for Arma 3 will be happy to know that zombies are back in Arma Reforger. This mod is still in the early stages of development, but it has fully functional zombies that will hunt down and kill soldiers. A good start. Currently, zombies can still climb ladders, and they all sound the same, but this is a decent zombies mod for anyone hoping to transform the game in their next match completely.