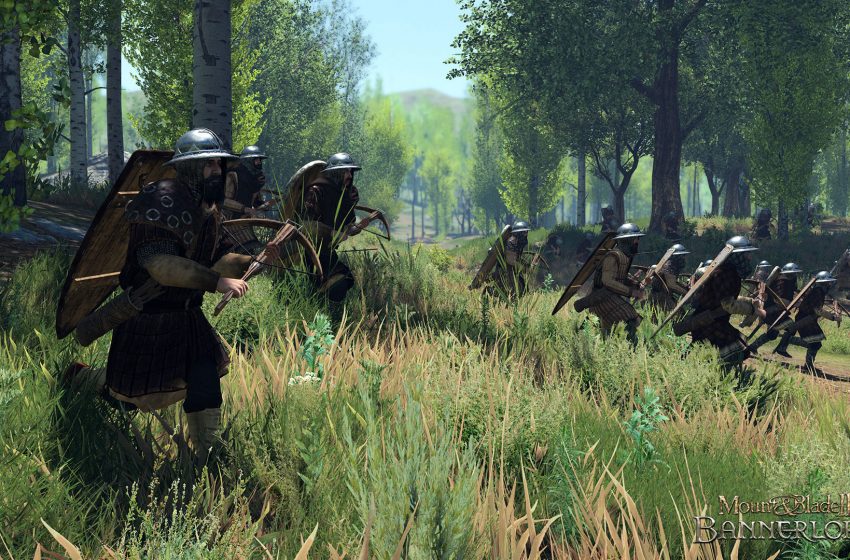 Mount and Blade 2: Bannerlord offers a brilliant take on a fictional medieval society with an emphasis on battles, managing relationships, and ultimately seeking the union of Calradia. While developer TaleWorlds Entertainment has breathed life into this world, the modding scene has embraced the title with particular vigor.

From helping players manage their settlements and recruitment, to adding in hundreds of lore-accurate armors and weapons, there is a mod that can help players mitigate some of the rougher spots of the game. Here’s a list of the best (and fully inter-compatible) mods for Mount & Blade 2: Bannerlord.

Related: What is army cohesion and how it works in Mount and Blade II: Bannerlord

These mods are broken into four categories.

While other mods deal with bells and whistles, these mods give them the functionality to do so. Download them all, or face broken mods.

This mod allows players to tweak mod values incessantly, if the mod author allows it. Many, if not most, modern mods for Bannerlord require the Mod Configuration Menu (also referred to as MCM). MCM requires the following three mods to work properly.

It’s not Mount & Blade without butter, and here’s a library of it. ButterLib furthers mod functions for developers.

The backend mod Harmony offers mods a means of patching methods during runtime. This mod must be first in your load order.

The mod UIExtenderEx allows for drawing on the game interface, necessary for additional menus to pop up during gameplay.

The bread and butter of Bannerlord, to succeed on the field of battle is to bring riches and honor to your court. Or at least feel a bit of dopamine until the rest of the army shows up on your doorstep.

This may come as a bit of a surprise, but most historians tend to agree that there was a lot less lemming-esque mobbing in battles than is currently featured in Mount & Blade 2: Bannerlord. Even peasants that took to the field tended to value their lives, and were far more defensive than what is typically portrayed within Bannerlord. Enter the Realistic Battle Mod.

The Realistic Battle Mod comes with two separate modules, and additional optional files. One module focuses on bringing armor values to a nauseating level of realism (going as far as to calculate joules against plate thickness), while the other brings the AI to a new level of intelligence. Watch your armored knights play more aggressively against peasants, and your peasants back off from classically-trained warriors.

It is worth noting that, with this mod, certain cheese tactics will no longer work. Keeping a strong hold on your army during battles, and ensuring there’s a healthy mix of units, will keep you on the battlefield for longer.

While Bannerlord has a heft of armor already, there’s absolutely nothing wrong with being spoiled for choice. With over 1,000 additional lore-friendly items including armors, weapons, banners, shields, and even horse armor, the Open Source Armory drops a massive cluster of gear into the war-torn world of Calradia. If you’re using the Realistic Battle Mod, pick up the compatibility patch and appreciate a wealth of diverse apparel with customized armor values.

The Open Source Armory is a congregate package from multiple modders that have come together to offer their works under a collective banner. With a hefty file size of 3.8 GB, this might take a moment to download, but it’s well worth the size.

As we’ve increased the amount of armor available within Calradia to a notable size, it only makes sense to let it be looted. True Battle Loot lets players loot far more from the fallen, although it isn’t an instant gimmick of increasing available loot. Decide whether or not you should allow your soldiers to loot nobles, choose how much of the loot should be given to your soldiers (with appropriate consequences), and pick the battlefield clean before the vultures can.

The balancing of consequence makes this mod far more interesting than what originally meets the eye. With a slew of granular options available to customize the fairness of this mod, it brings an interesting depth to the conclusion of battles. Is it worth looting your own fallen soldiers to the demise of morale?

While combat is the bread and butter of Bannerlord, the campaign deals with literal bread and butter. Make sure you have your men fed, keep relations high with royalty, and run shops — the possibilities are endless. When you include mods, that is.

You’re going to spend hours with your character, and the vanilla character-crafting experience admittedly leaves a bit to be desired. The Detailed Character Creation mod will give you more options when you are making your characters, including weight, build, and age. Whether you want to play as a child-sized war-monger or a geriatric, DCC has a slew of functions that can make characters as unique as you are.

If you’re eager to plumb the depths of this mod, players can even add in and use their own unique skin textures. This mod even works with the in-game aging that characters slowly experience, making it an easy definite install for every playthrough.

When you have a soldier that is willing to die for you, that’s a responsibility. When that soldier proves themselves, time and again, on countless battlefields in your name, that’s an honor. Now players can laud their soldiers by elevating them to the ranks of companion with the Distinguished Service mod.

Certain units in your command may prove themselves to be of valor, and you can justly reward them with their own lands to settle. Once the criteria has been met, commanders can customize almost everything about these soon-to-be companions, from background to skill points. Give them a reason to fight by offering those cushy management jobs to your units.

Considering how important diplomacy is, the vanilla mechanics can often be more grating than enjoyable. The mod Diplomacy brings a lot of this in line in true-to-vanilla gameplay, with additional comfort and convenience thrown in. Send out messengers to other nobles (rather than chasing them for hours across Calradia), claim fiefs that you assaulted, manage war exhaustion, and more within a simple-to-navigate menu.

Some players might just be more interested in alleviating some of the pain points within Mount & Blade 2: Bannerlord. These do precisely that, and nothing more.

Nobody likes stamina caps, and the Smith Forever mod will remove them for Refining, Smelting, and Smithing. It can introduce a bit of power creep into Calradia as your character will skyrocket in strength and profit, but some prefer the ability to reach mid-game faster.

The Hideout Player Party Limit Removed mod does what it says, and allows you to bring your full army on hideout raids. This can unfortunately trivialize hideout raids, although when you’re a God-King, maybe you aren’t leading an assault on bandit camp #306. This mod hasn’t been updated since 2020, but continues to function — it should be noted, however, as if it does break it might not be fixed.

The Tournament XPanded (formerly Tournament Xperience) mod enables custom Tournament prize lists. You can also change how much experience you get from tournaments. This can be difficult to balance, but tinkering with settings can result in a far richer tournament experience if deftly handled.