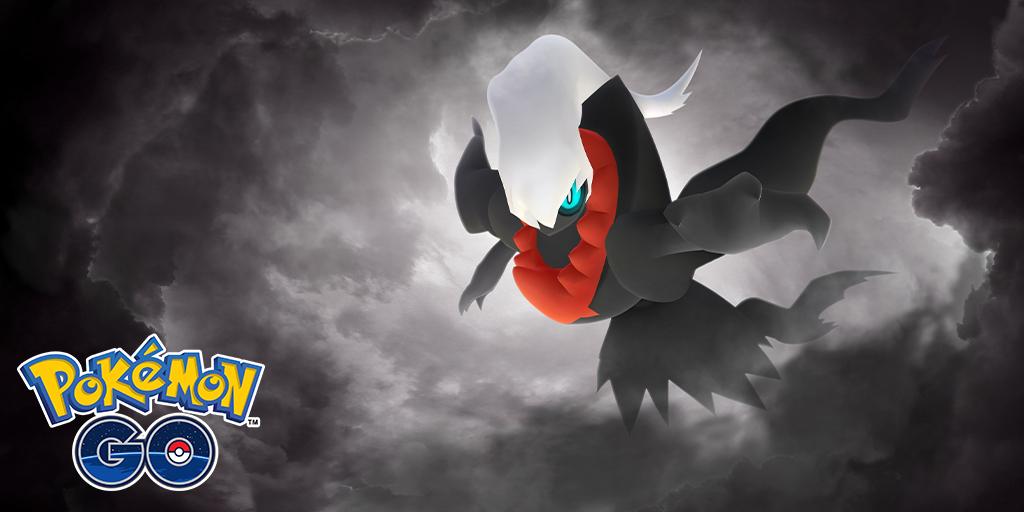 The legendary Pokémon in Pokémon Go only stick around for a limited amount of time. They appear as quest rewards for timed research, or they pop up as available spawns for five-star raids. Darkrai is among those rare raids and is a Pokémon many trainers want to add to their collection. When you capture it, what will be the best moveset to teach Darkrai to make it a powerful Pokémon?

Darkrai is a Dark-type Pokémon. It’s only weak to Bug, Fairy, and Fighting-type attacks, making it resistant to Psychic, Dark, and Ghost-type moves. Darkrai has a maximum CP of 3,739, an attack of 285, a defense of 198, and a stamina of 172. It’s a decent counter for several Psychic and Ghost-type Pokémon in the Master League.

These are all of the moves Darkrai can learn. From October 22 to 31, a Darkrai caught in five-star raids will have sludge bomb.

There are not too many options for your fast move for Darkrai. Of the two choices, we’re going to recommend snarl. While it does slightly less damage, it provides far more energy, giving Darkrai the chance to use its more powerful charged moves.

When it comes to selecting the charged move, we highly recommend picking shadow ball. It’s a powerful Ghost-type attack that doesn’t require too much energy, making it an excellent nuking strategy for unsuspecting opponents. For the second move, it’s a toss-up between dark pulse and sludge bomb. Both do the same amount of damage and cost the same energy. However, the only difference is Darkrai receives a STAB modifier for dark pulse, increasing it’s damage. But sludge bomb is a viable choice if you’re worried about Fairy-types.

The best moveset to teach Darkrai is the fast move snarl and the charged moves shadow ball and sludge bomb or dark pulse.