Not many trainers would consider Snorlax a good Pokémon. When you think of one of the stronger choices in a Pokémon game, many might think of Entei, Ho-Oh, or one of the other legendary Pokémon. But in Pokémon Go, Snorlax has quite a bit of health, and given its good stats, you can use it with a variety of teams. But you need to make sure you teach it the best moveset.

These are all of the moves Snorlax can learn.

Snorlax’s fast move selection makes it pretty easy to pick out the best one. Zen headbutt is notoriously one of the weaker attacks you can use in a fight, so you want to avoid a Snorlax with this move. After that, it’s between yawn and lick, but lick is the far superior choice as it does damage. The two generate the same energy each attack, so having lick will always work out far better for you during a battle.

Next, we have Snorlax’s charged moves, and it has several to pick from. Of the options, you want to avoid using hyper beam. It costs too much energy, despite how much damage it does. There are better options available to you, so toss that one out the window. The first one you want to grab is body slam. It only costs 35 energy, and you can use the attack to eliminate an opponent’s shields. The attack will do even more damage because Snorlax is a Normal-type, so it receives a same type attack bonus (STAB) modifier for the attack.

For Snorlax’s second move, you want to choose earthquake or superpower. Most trainers will likely recommend earthquake because it does quite a bit of damage, and Snorlax can use it to hit an unshielded opponent for a large chunk of damage. With earthquake, Snorlax is super effective against Electric, Fire, Poison, Rock, and Steel-types.

On the other hand, superpower is another low energy move that does a sizeable amount of damage. Another difference between the two is that Snorlax will be able to take out several key Master League Pokémon, such as Giratina, Metagross, Swampert, Landorus, and Mamoswine. If you use superpower instead, you lose the advantage against Giratina (Altered) form, and you’ll be super effective against Dark, Ice, Normal, Rock, and Steel-types. What final charged move you pick will be up to you and the team you pick to use alongside Snorlax.

Overall, Snorlax is an excellent choice to bring to the Master League. It’s also an impressive raid Pokémon, so take it up against any of the five-star raids. We recommend you ensure to make Snorlax’s fast move lick, and its charged moves body slam and earthquake or superpower. 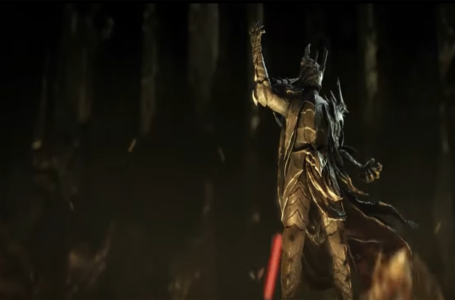 All factions in The Lord of the Rings: Rise to War