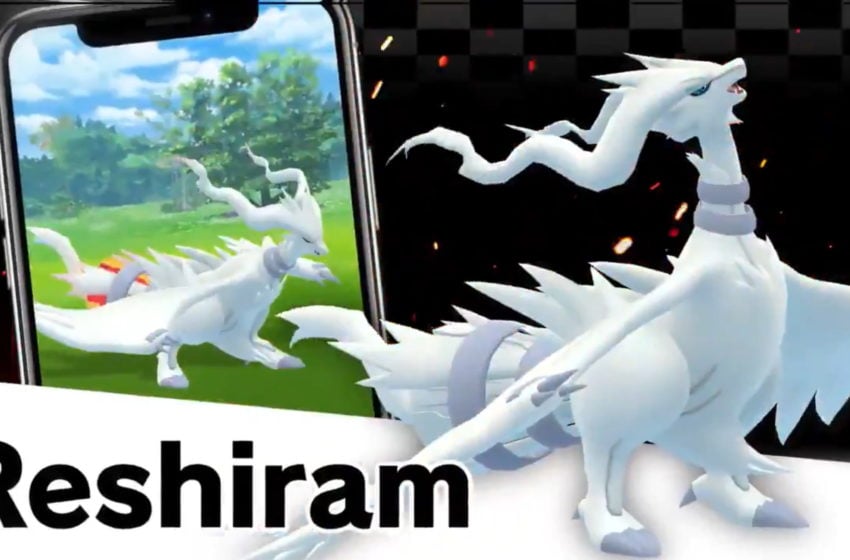 Reshiram is a legendary Pokémon in Pokémon Go you can capture by participating in five-star raids. Taking this mighty beast down in the game is not easy. We’ve broken down some strategies, Reshiram’s weaknesses, and some Pokémon you can use to counter it during the fight. If you do capture Reshiram, what are some of the best movesets it can learn in the game?

First and foremost, Reshiram is a Dragon and Fire-type Pokémon. It has a maximum CP of 4,038, an attack of 275, a defense of 211, and stamina of 205. While it has a significantly higher attack power than it does defense, it is still a fearsome Pokémon for those looking to add to their line-up, especially if you want to compete in the Master League in Pokémon Go’s PvP battle league mode.

These are all of the attacks Reshiram can potentially learn:

Of the options, you want to avoid having a Reshiram that knows stone edge or crunch. Stone edge, a Rock-type move, won’t be useful at all. It doesn’t optimize Reshiram’s move type, and other Pokémon can learn it with far more efficiency. You primarily want to have Reshiram learn crunch as a backup up charge attack for the battle league.

Reshiram features an incredible max CP, making it a fearsome opponent in the Master League. Unfortunately, it’s only useful to you as a surprise choice. You don’t want to lead with this Pokémon. You primarily want to use it when an opponent doesn’t have any shields, making it a great final Pokémon to finish off opponents.