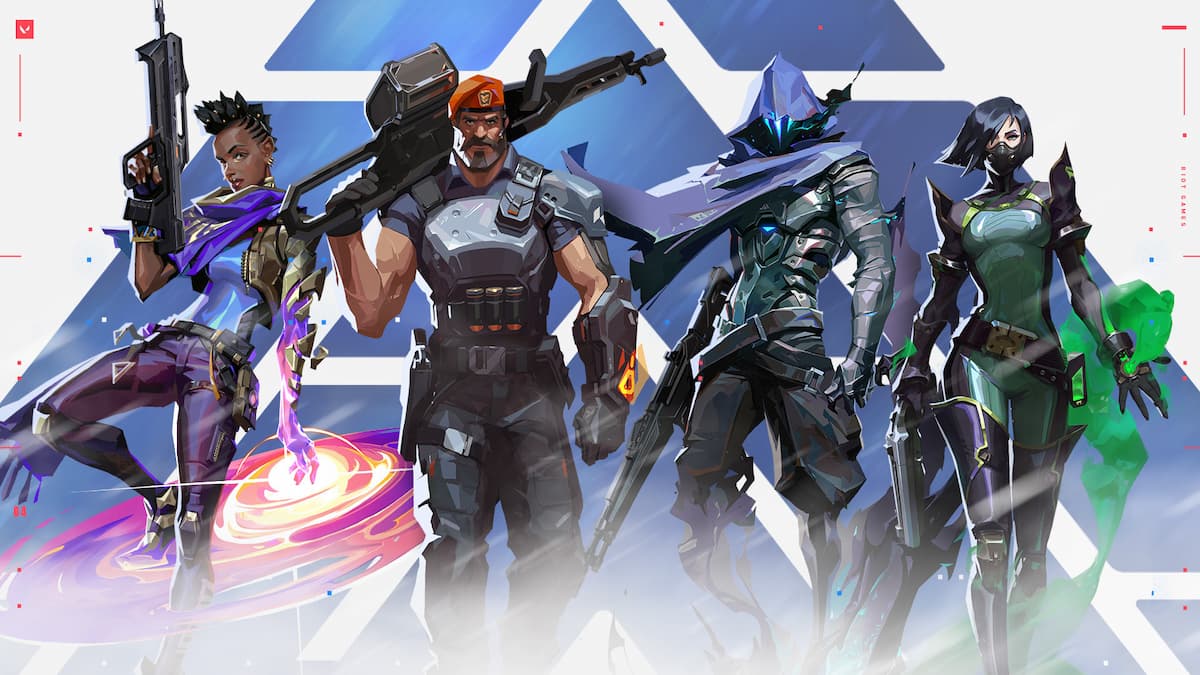 The Operator, or the “Opp” as it’s affectionately called (totally not a reference to a similar weapon from a different game), is one of the best-regarded weapons in Valorant. It is the stronger of the two sniper rifles and features extremely high damage, penetration, and pin-point accuracy while scoped in. In many ways, it is one of the most defining weapons in the game, with a skilled user being able to swing entire matches with one in their hands.

But, as many would argue, it’s not about the kills — it’s about sending a message. And what better way to send a message than in style? With the Operator also being one of the game’s largest guns, it offers a big canvas for Riot’s artists to work and express themselves on, with the weapon featuring some of the game’s best skin themes.

The Elderflame collection is often regarded as one of the best that was ever released in Valorant. Featuring a draconic theme, your Operator turns into a living, breathing dragon spewing scorching death on your opponents. It features four recolors and four levels of upgrades — VFX, animation, and finisher. The dragon weapon’s reloading animation is especially amazing and never fails to impress. All of these extra features make this skin well worth looking out for.

The Forsaken line of skins is one of the most elegant in the game, and the collection’s Operator perfectly accentuates what makes this collection so stylish. It bears a sinister undertone and can be upgraded up to four times to add VFX, animation, and a finisher in which the victim is turned into a Forsaken angel, before crumbling down. There is a recolor that inverts the scheme and adds golden detailing, turning the collection from Forsaken to Sovereign.

One of the game’s most colorful collections, Glitchpop is a tasteful take on the color and animation overload that many Valorant skins are known for. All of the design features of this Operator look deliberately placed. The recolors of this skin are impressive in that it’s not just the color schemes that change, but the textures as well. The glitch animations never look too jarring, which is another plus when you try to concentrate on the gameplay. And like the previous two entries on our list, this Operator also has four upgrades, adding VFX, animation, and finisher.

From a busy skin line, down to one of the most simple, brass-tacks skins in the game. The Infantry collection reskins several weapons to a WW1 trench-warfare kind of vibe. It is a realistic take with lots of oily wood grain and boltgun metal. The Operator in particular looks like the kind of weapon some early 20th-century sniper would skulk with to take down enemies trying to cross the no man’s land. It looks brutally scary and efficient — just like the gun it adorns.

The Magepunk line of skins came out in two waves, with the second wave in Episode 3 bringing the Operator into the fold. These weapons look like they borrow the Hextech look from Valorant’s sister game, League of Legends. It is a mixture of steampunk, magic, and technology, and our Magepunk Operator once more has four levels of upgrades and four recolors. The changes in coloration mainly let you customize the beam and light effects of the weapon, ranging between blue, green, yellow, and magenta.

The Reaver skin collection might seem somewhat similar in style to Forsaken, but there are significant differences between the two to make them each uniquely beautiful. For instance, the Reaver Operator looks like a futuristic pirate weapon, with four different recolors and four available upgrades — the usual VFX, animation, and finisher. The telekinetic reload animation looks especially cool, and the finisher is gruesome, with the victim being chained and pulled down by the hands of the damned into the darkness below. The Reaver Operator also has one of the coolest looking scope-in looks of all the Opp skins, which is a minor detail that sadly, only a few players will appreciate.

The Tethered Realms collection is an interesting one in that it combines two themes together, Sovereign and Forsaken, into a single ethereal animated skin. With this one, the size of the Operator truly shines, displaying the mutating animated art over a broad canvas. The changes in the appearance of the texture, or theme, depend on the light conditions on the map, making this a very unique and interesting collection. No image can do them justice, and this skin needs to be seen in game or in the “Collections” tab to be fully appreciated.