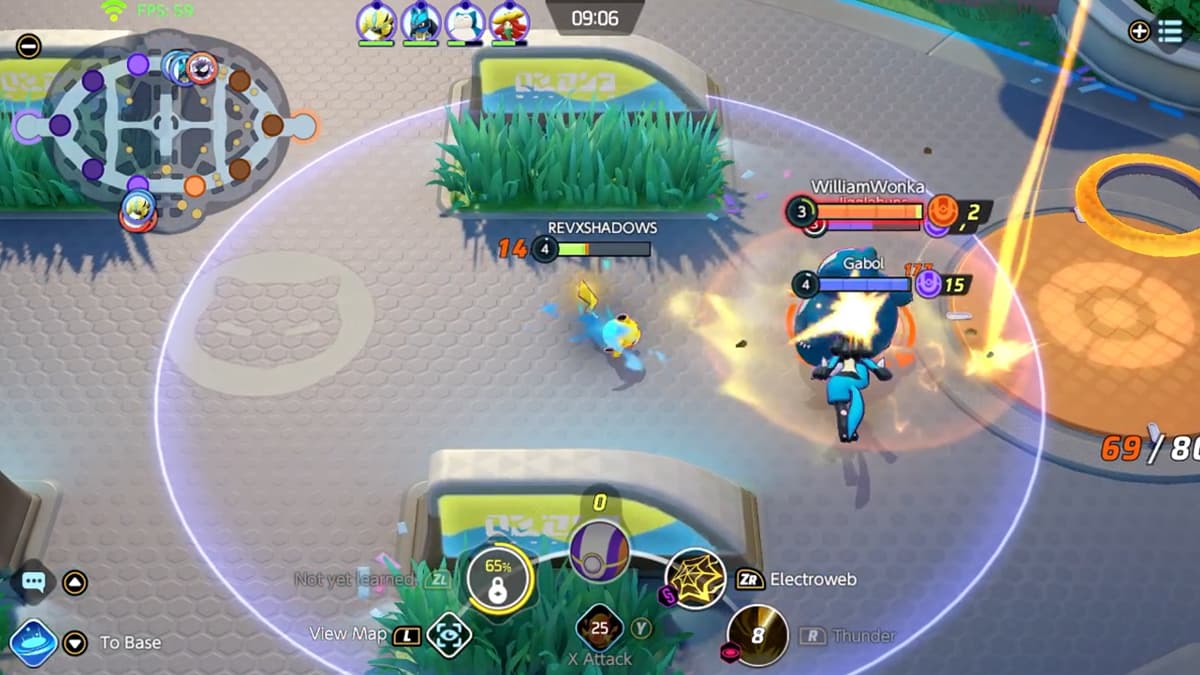 Pikachu is one of the most recognizable media characters in the entire world. The massive worldwide success Pokémon has seen since its inception has a lot to do with this electric mouse as much as it does its monster collecting and battling. In Pokémon Unite, Pikachu is a powerful attacker that has multiple ways of stunning opponents and finishing them off with its ranged attacks. If you are looking to take your Pikachu gameplay to the next level, here is our favorite build for them in Pokémon Unite, including the best moves and items to use.

For this build, we will try and give Pikachu as much damage, and special attack boosts as possible, meaning you will be a little susceptible to enemy attacks, but that was already the case when you picked Pikachu. Be sure to group up with a teammate to help protect you while you stun and put out massive damage on enemies.

The Battle Item for Pikachu we use is X Attack. If you have Goal-Getter, that would also be a perfect choice for this build.

On the Held Item side, we use Muscle Band for increased basic attack damage, Wise Glasses for more special attack damage, and Attack Weight to increase damage after scoring a goal.

With these three Held Items combined, you can run in and dunk a few points and instantly put out a ton of damage. You don’t want to get too many points that will slow down your scoring process, so grab a few, dunk if you can, and focus on eliminating any enemies in the area.

Now it’s time to discuss Pikachu’s moves. When you start the game, you will have access to Electro Web and Thunder Shock. Be sure to use Electro Web to trap enemies trying to flee and finish them with Thunder Shock.

At level four, you will have a choice between Electro Ball and Thunder. We prefer Thunder for the area of effect damage it puts out, but Electro Ball is a great choice as well. Wherever you go here, you will not make the wrong selection.

At level six, Volt Tackle or Thunderbolt is available. We highly recommend Thunderbolt for the Hindrance effect it has, especially if you chose Thunder over Electro Ball in the previous move selection. The damage is better, and Volt Tackle just doesn’t do enough to justify itself over Thunderbolt.

Finally, Pikachu’s Unite Move is Thunderstorm, which is essentially a supercharged Thunder that has a larger area of effect that protrudes from you. The more targets around you, the more use you will get out of this move. With the Held Items, we have boosting your attack and special attack, activate your X Attack when you are about to use it, and decimate anyone around you, especially if you just scored a goal.