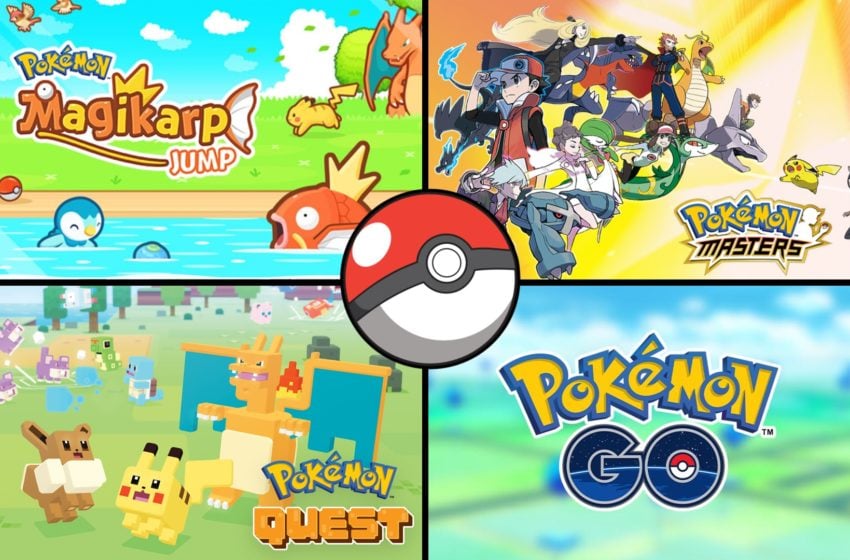 Ever since Pokémon Red and Blue came to North America in 1998, it’s made a huge impact and been one of the best-selling video game franchises for kids and adults alike. Now in the age of mobile gaming, you can play with some of these lovable creatures right from your phone.

These are the best Pokémon games for mobile. (Officially licensed only, though there some pretty awesome Pokémon-likes out there too) All are free-to-play, though most have optional in-app purchases.

It may seem the obvious choice, as it seemed to take over the world back in 2016, but in 2020 Pokémon GO is still GO-ing strong. Pokémon GO is a game that uses your real-world location to catch Pokémon, fight battles, and trade with friends.

Now with over 500 different Pokémon to catch, and more servers and PokéStops than ever, it’s clear the game isn’t slowing down anytime soon.

Even while we are all stuck inside during the pandemic, Pokémon GO has added new events and promotions that allow you to get Pokéballs, more Pokémon, and even fight in raids battles, all from home.

Ever wanted to play a Pokémon game without trainers or gyms? Pokémon Quest is a game in which you assemble a team of blocky-looking Pokémon to go on an adventure, select certain types to get boosts on certain levels, and you can cook at your camp to attract more Pokémon to join your team.

While movement in the game is automated, you select when the Pokémon attack and what attack they use. You can also win equipment to put on your Pokémon that will give them more HP and strength, or even increase the speed or range of an attack. Choose wisely.

Pokémon Quest is also available for free on the Nintendo eShop if you prefer to play on Nintendo Switch.

Maybe you are looking for the opposite: a game all about the trainers. In Pokémon Masters, you aren’t just collecting Pokémon, but ‘Sync Pairs.’ Duos of a Pokémon and their trainer. You can acquire gym leaders, elite four members, player characters, and more from all throughout the game franchise!

This Gacha-style game has you fighting in teams of 3 sync pairs to play through a story and many special modes and limited time events to see who can best the best.

There is also a worldwide multiplayer co-op battle where you can be joined by friends or random players.

There are also some simpler games that you don’t have to devote as much time to play. Pokémon Shuffle is a cross between a match-3 type game and a battle game. There is a main campaign that limits how many moves you can make and an expert mode that is timed.

When you win a match, you get the try to catch the Pokémon you defeated with your matches. Depending on how good or bad you did, the catch rate with fluctuate. Try to catch ‘em all!

Another simple game is Magikarp Jump. Our lovable splashing friend now has a chance to be the center of attention. Collect items, train you Magikarp, and see how high they can flop. The higher the jump, the more tournaments you win. You can also collect Magikarps with different colors and patterns.

The mechanics are simple and can get to be a little repetitive, but if you are looking for a bit of something to pass the time with adorable graphics, Magikarp Jump is exactly that. It is made by Select Button. This developer is also bringing us a new Pokémon mobile app later this year: Pokémon Sleep.

While this game may not appeal to you, if you are looking for a game that will appeal to kids aged 8 and under, this is a great place to start off their Pokémon journey.

It is full of cute Pokémon, easy to read text, and mini-games that are both fun and manageable for a younger kid. Camp Pokémon may be a good alternative to Pokémon GO if they want a Pokémon game on their phone.

Honorable Mention: Pokémon Duel was a Pokémon-themed digital board game for mobile, but it was sadly discontinued in late 2019