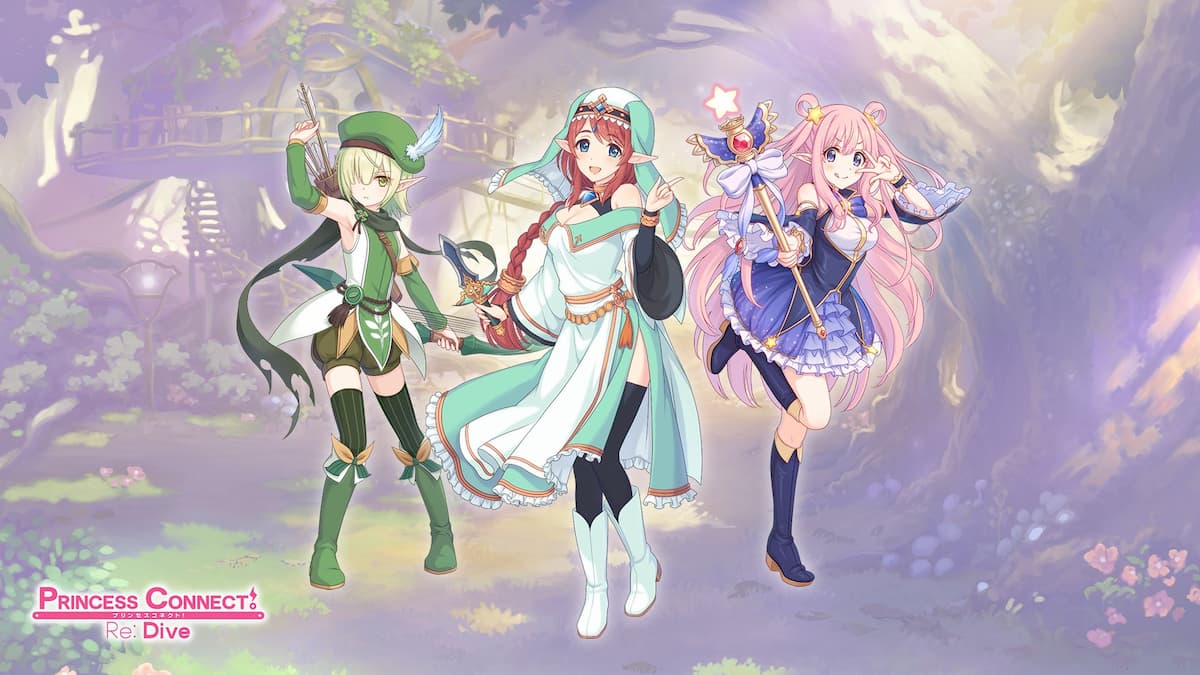 The hottest new gacha game has arrived in the United States, and Princess Connect! Re: Dive has no shortage of royal ladies to recruit to your party. Throughout the game, you can encounter well over 100 princesses, but which ones should you add to your roster when you’re first learning how to play? We’ll answer that question below.

Maho is indispensable in your starting days in Priconne. She balances healing, support, and crowd control to keep your enemies at bay while also making sure the rest of your party is still alive. Although she’s mostly great all-around, she doesn’t have any real tanking abilities. Union Burst increases magical attack and physical defense for the rest of your party, and you get a bonus TP recovery. She’ll also heal individual party members and can lower enemy attack with blinding powers.

What Maho lacks in tanking ability, Nozomi brings to the table, and more. Everyone will gain support from Nozomi’s abilities, and she can hold her own even if you place her at the front of the battle. Her Union Burst skill does a bit of everything: boosting party defense and physical attack and taunting the enemy to force them into attacking Nozomi. She’s got an AoE attack that will stun enemies and let your other party members pile on the damage. As if that isn’t enough, she can heal team members, although this isn’t her strongest suit.

Rei is someone you want in your party when you need to take down a target as quickly as possible. Her high damage for single enemies pairs well with her huge defense, making her a perfect candidate for the front of your party. She also has a counterattack that dishes out heaps of damage for anyone silly enough to go after her.

You’ll need to pay attention to team formation if you’re going to properly take advantage of Saren’s best skills. It instantly charges everyone’s TP, letting them immediately use a Union Burst. She also comes with decent support skills that give a boost to physical attackers. Make sure you know when to use her charge skill properly, as you can only do this once per battle.

Kokoro is another great addition to your team if you need someone who can do it all. She can boost attack power, and although her TP recharges for allies aren’t as high as Saren, you can use it more than once during a battle. She has a Union Burst that can heal everyone and bring down the defense of enemies. Kokoro is as vital to your defense as anyone you can find early in the game.