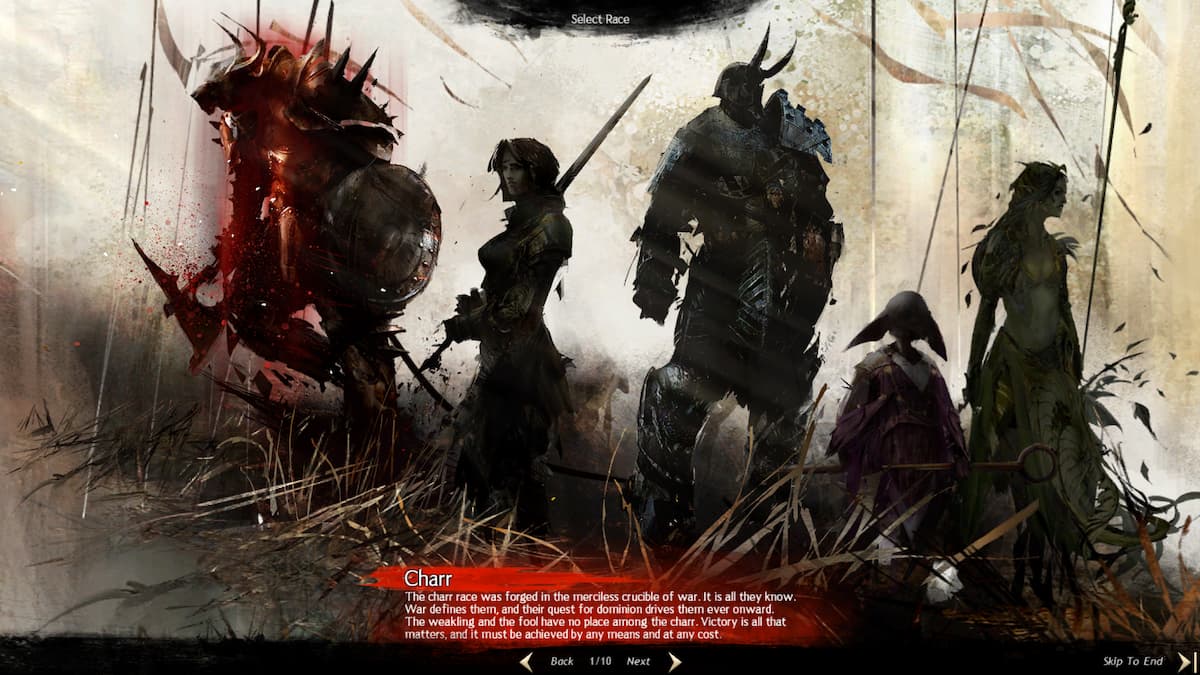 The differences between races in Guild Wars 2 are mostly aesthetic, giving you access to different early game storylines and different appearances for your armor, but each race does have a set of dedicated abilities that are available to use in PvE. These abilities are disabled in PvP and mostly unused in the endgame, but if you’re looking for ways to amplify the strengths of your profession in the early game, here are our recommendations.

Elementalists focus on using powerful AoE abilities to destroy mobs of enemies. The Asura racial skills lend themselves naturally to this playstyle. Pain Inverter can save you from a tight spot by confusing nearby foes, Radiation Field gives you an extra AoE to boost your combos, and Technobabble can daze a powerful enemy while you charge a spell.

Engineers use their toolkit to control the battlefield and have unique abilities for each race. Your choice of race matters more for Engineers than for any other profession. While each race is viable and offers a unique spin on the Engineer playstyle, we recommend Sylvari. Grasping Vines gives you a root to lock enemies in place and Seed Turret naturally complements a summon-driven playstyle.

Guardians are generally tanks and supports, which works well with the Human racial abilities, which heal you and remove conditions that would make you vulnerable.

Asura Mesmers are arguably the best characters for solo play, exploiting the built-in early game crowd control of Asura with the unkillable trickery of an endgame Mesmer.

Necromancers are generally very powerful, and Norn work well with all varieties of Necromancers. Call Owl and Call Worm help summon-based Necromancers keep up a steady stream of minions, while Norn transformation abilities support Reavers in diving into the thick of battle. For condition-based Necromancers, you can try playing a Human instead.

Hidden Pistol and Shrapnel Mine add to the DPS of a Ranger, with the added benefit that Hidden Pistol gives you a backward dash to get away from threats. Norn also excel as rangers because they have additional animal summons.

The best Revenants are the diminutive Asura, who have built-in supplements to the condition-driven playstyle of successful Revenants.

Similar to Rangers, Charr Thiefs take advantage of the ability to place mines and dash backward. Dashes can get you out of a sticky situation, while mines let you lure unsuspecting enemies into a setup for your full damage combo.

For warriors in the thick of battle perfectly utilize the ability of Norn to shapeshift. The stats of the Warrior profession make it viable to stay transformed for long periods of time, fulfilling a shapeshifter fantasy.