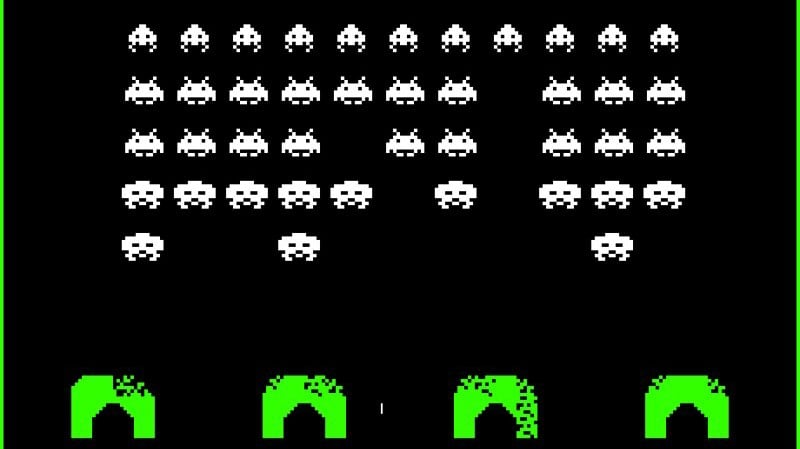 Many veteran gamers can remember their first console. A lot of us still cling to memories of getting up early to Duck Hunt and Super Metroid. Not to mention the times when we had to ‘improvise’ our own fixes for common problems with the older machines. There was even a time when arcades were still commonplace in your average mall.

Remakes of classic games like Doom and the original Spyro trilogy are becoming increasingly common. Theses remakes allow us to relive familiar stories in a modern medium, but they don’t quite have that same nostalgic aspect that the originals would.

Luckily some companies are still supporting some of their old consoles and are even remaking them to fit in with modern technology. Here is a list of retro consoles, in no particular order, that are either still available or have recently been remade to scratch our nostalgic itch.

The original PlayStation will always hold a special place in gaming history. This is the console where iconic characters we all know and love first appeared. The PSX was one of the first consoles to feature 3D gameplay and the first to get us away from the simple button-mashing gameplay of previous consoles. Spyro the Dragon, Crash Bandicoot, and Lara Croft all made their debut on this console, among many many other iconic characters.

Sony released a recreation of the console called the PlayStation Classic in 2018. The console comes preloaded with 20 games including Metal Gear Solid, Final Fantasy VII, and Resident Evil: Director’s Cut.

This version of the NES console was released in 2016 and launched the trend of miniaturizing classic consoles and bringing them back for both new and veteran players to enjoy. This console brings back some of the best games of the early video game era. Luckily you don’t have to blow into the cartridge or spam the power and reset buttons to keep this one running. The console is preloaded with 30 games including Super Mario Bros. 3, Excitebike, and The Legend of Zelda.

The Nintendo Game Boy series of handheld consoles was outrageously popular throughout the system’s entire run. Even today it is still one of the more popular handheld consoles available. The second-to-last version of the consoles, the Game Boy Advance SP is still very popular in favor of the Micro which can’t play Game Boy or Game Boy Color games.

A lot of series we know and love today such as Fire Emblem got their start on this console. Many more games like Super Mario Bros. 2 and The Legend of Zelda: A Link to the Past were ported over to the console, allowing gamers to enjoy them away from home. The Game Boy series is also where the Pokémon games first started with Pokémon Red and Green being developed for the first Game Boy and compatible with the remaining consoles except for the Micro.

If you get your hands on one of these handhelds you can still find the games floating around on Amazon, at mom-and-pop game shops, and on occasion some major outlets depending on the location and availability.

The Sega Genesis was the first competitor to the SNES. This is the console that launched Sonic the Hedgehog 2 and Earthworm Jim.

The newest iteration, the Sega Genesis Mini, is equipped to play any of the original cartridges you still have lying around. If you don’t have any of the original cartridges, the console is equipped with 80 games preloaded, including Mortal Kombat. It also comes with wireless recreations of the classic Sega Genesis controllers, minus the mess of tangled cables.

The SNES drastically changed the gaming industry. The NES revived the industry from being little more than a novel fad. The SNES is the console that made Nintendo into one of the most influential companies in the entire industry, a title it still holds 29 years later. This is the console that brought us Super Mario World, F-Zero, and Star Fox.

After the popularity of the NES remake, Nintendo has released a remake of the SNES that has been equally popular. The remake features a library of essential games that every SNES fan needs to play, such as The Legend of Zelda: A Link to the Past and Final Fantasy VI. Along with these titles, the console has a variety of display options for both HD output and emulating the fuzzy CRT TVs the console was originally meant for.

The Atari 2600 was first released in 1977. It is one of the most influential game consoles in gaming history, popularizing the interchangeable cartridges first developed by Jerry Lawson.

The Flashback 8 Gold Deluxe version released in 2017 is preloaded with 120 games, including Space Invaders and Frogger. It comes with two wireless versions of the systems iconic joysticks, two paddles, and has a rewind feature that lets you rewind gameplay for a few seconds.

This console is great if you are a fan of arcade machines. The goal of the original Neo Geo, developed by SNK, was to let arcade owners feature multiple games in a single cabinet to save on floor space. Eventually, a version was released that arcades could rent out to their players. Before long, a home version was released to be sold directly to consumers.

The Neo Geo Mini brings back the old arcade feel to a miniaturized version of the iconic arcade cabinet. The small console includes games like the Metal Slug series, Alpha Mission II, and Samurai Shodown.

The original Commodore 64 is largely responsible for bringing home computing to the average consumer. It holds the record for the highest-selling single computer model of all time. The console popularized the BASIC programming language, which has influenced a number of modern programming languages used today. This 8-bit console introduced many influential developers to programming and the gaming industry.

The C64 Mini features 64 games, including Impossible Mission, Paradroid, and Boulder Dash. You can also plug in a keyboard and code your own programs in BASIC. If one of your favorite games is not readily available on the Mini, you can still play it by loading a ROM onto a USB drive.

The Polymega is set to release on July 6. It is a unique system that isn’t strictly based on an actual retro console. Instead, it acts as an emulator, allowing you to play retro games from 30 different consoles. If you still have Sega Saturn CDs or even NES cartridges you will be able to play them on the Polymega.

The console will include a universal controller and CD drive with modules you can purchase to play cartridge games. Probably the best part about the Polymega is that it will allow users to install their games to the console so you don’t have to worry as much about some of your oldest cartridges.

Modern computers have advanced a lot since Pong first came out in 1972. There are a lot of emulators like Dolphin, PCSX2, Visual Boy Advance, and OpenEmu that are capable of running some of the most popular retro games on your PC. While many of these emulators are made by fans, they tend to have large communities that are happy to help anyone wanting to jump back into their favorite games.

If you have a somewhat decent computer or laptop and the ROMS from your favorite retro games, your PC is a good choice for a retro console. Some enterprising players have gone so far as to use Raspberry Pi to create custom consoles completely dedicated to running retro emulators.

However, using emulators does require a certain amount of patience. While they have some amazing features to enhance gameplay, some of the most popular emulators can still be a bit buggy. They also can’t completely emulate some of the finer points of retro gaming. Using a keyboard is nice and convenient, but it just doesn’t have the same feel as a classic NES controller or an Atari 2600 joystick.

How to make nuclear power in Factorio

How to open AIM loot depots in Marvel’s Avengers