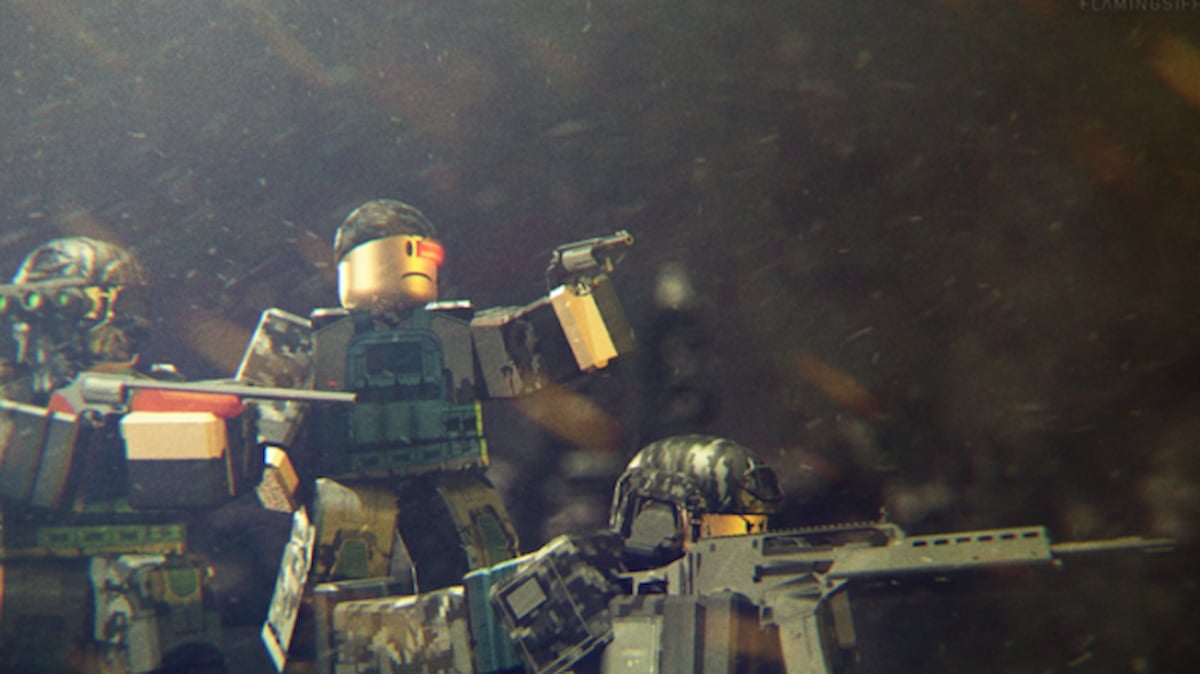 Roblox may be known for its role playing and tycoon titles, but players should not underestimate the quality of its war games. There are handfuls to discover on the platform, with these offering everything from open world experiences to arena shooters you can sink days into. However, Roblox’s Discover page doesn’t give the genre much spotlight. So, to save you hours of searching, here are the 10 best war games you should play in Roblox, counting down to the greatest of all.

Criminality has steadily gained a cult following for being Roblox’s parody of the Grand Theft Auto series. The FPS may not take place during a war, but it sends players to the center of a modern day gang war where they must eliminate enemies in order to level up and obtain better weapons. These guns span from basics like SMGs to assault rifles, but those reaching the higher levels will be able to access valuable items like launchers and high-powered snipers.

Although its name doesn’t exactly scream ‘must-play game,’ Battleship Battle is easily the best navy simulator on Roblox. With their ships hundreds of yards apart, two opposing sides will collect weapons and aim to see which one of these vessels will be sunk first. To make matters interesting, the ships do tend to move either further or closer to each other, forcing sailors to pick their weapons wisely.

At the time of writing, Trench Warfare is currently in its early alpha stages, though it still manages to be an addicting war simulator. It takes inspiration from the Battlefield series, pitting two massive armies against each other until one has lost all of their soldiers. What separates Trench Warfare from other games on this list is that much of its content can be unlocked without Robux. This includes classes, weapons, and even special abilities. So, if you simply want to max out a character and become the ultimate super soldier, this new title may be the perfect fit for you.

For a more kid-friendly title, Nerf Strike is an adorable arena shooter that houses hours of multiplayer content. Whether it’s Domination, Team Match, or Free For All, the title is a great light-hearted romp perfect for a group of friends. For more hardcore players, you’ll be enticed to discover a thorough weapon leveling system, ultimately allowing you to equip attachments and special abilities to your Nerf blaster.

Excellent war games are only as great as their maps, and The Underground War is proof of that. The third-person shooter features a location with two team bases separated by an underground maze with several twists and turns. The objective for each team is to find the opposite end of the maze to enter the enemy’s base and capture their flag. As simple as it is, the task of surviving and navigating through the maze makes for an addicting gameplay loop.

Blackhawk Rescue Mission 5 has slowly climbed the ranks of top-tier war games. The title’s main draw is its PvE open world that asks teams of soldiers to save hostages and take over enemy bases. In return, players will earn cash that can be put toward one of countless weapons or attachments. Most notably, the shooter has found itself on this list due to its inclusion of competitive modes, such as 5v5 and a more personal 2v2 face-off.

Probably the most graphically appealing title of them all, Tank Warfare neglects all boots on the ground combat in favor of massive 8-on-8 tank action in beautifully designed locations. The premise is seemingly barebones, but the heart of Tank Warfare lies in its in-depth progression system. Through this, players can unlock and buy several of the larger tanks in the game, while being able to apply cosmetics to them as well.

If you’re hunting down more of a sci-fi arena shooter, BedWars is certainly worth your time. The game is a genius mix between Valorant and Minecraft, as two teams will build their way to each other and use their assortment of powers and guns. Although, the biggest thrill is mainly from collecting rare gems throughout each map to purchase an even bigger arsenal of abilities.

Counter Blox doesn’t rank as our top game, but it does beat Phantom Forces in some categories. For one, players enthralled with completing objectives may find this to be a better fit. With each game mode taking place over a number of rounds, it will lend you more XP for winning each rather than for simply stacking kills. In addition, every map in Counter Blox has handfuls of nooks and crannies that provide perfect shooting angles and hiding spots.

As we’ve said before, Phantom Forces is Roblox’s best alternative option to Call of Duty. Of course, the level of realism is not as high as the latter, but the gameplay is surprisingly smooth. With over 100 guns and dozens of diverse maps, this team-based shooter is an incredibly underrated free-to-play game that needs to be experienced at least once.