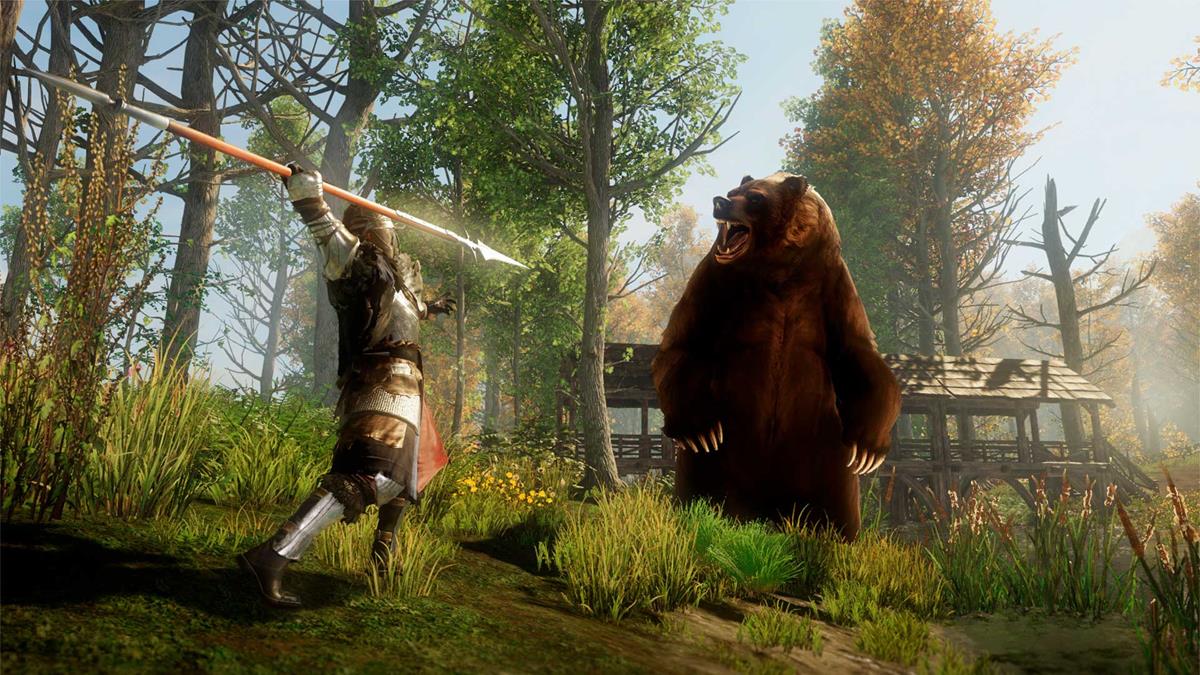 The Spear is a two-handed weapon that has incredible reach in New World. It’s not a strength-based weapon like the War Hammer but is more of an agile and elegant weapon that you’ll use to carve through your foes carefully. The Spear is more of a precise and dexterity-based weapon, giving you the ability to knock enemies off their feet, and you can tip them off balance to provide plenty of openings to do steady damage.

There are two Spear ability trees: Zoner and Impaler. With Zoner, you’ll be spending a reasonable amount of time attempting to critical hit enemies while also sweeping them off their feet. The Impaler tree also features a handful of critical hit upgrades and focusing on a single target.

Recommended active abilities: For Zoner, we’d recommend grabbing Sweep. During PvP, you’ll be able to use this against multiple targets, knocking them on the ground and causing them to become unstable during an assault, giving you and your allies plenty of time to deal damage against them. Some players regularly use Javelin to throw their Spear at an opponent, but the problem with the attack is it’s easy to miss, and Cyclone can cause too much chaos during PvP situations. However, the slow can be extremely nice, especially when chasing enemies.

Recommended passive abilities: You want to grab Deadly Reach, Evasive Measures, Merciless Strength, and go down the Sweep passive tree if you plan to use it. Other choices include Strong Conditioning and Invigorating Crits, especially if you plan to double down on critical attacks while using a spear.

Recommended active abilities: Many Impaler abilities appeal to many players, especially Perforate and Vault Kick. Perforate is a solid three-hit combo, similar to the Rapier’s Flurry attack, and it applies a heavy amount of Rend against an opponent. Vault Kick is an excellent way to enter a battle, giving you a massive leap to charge at an enemy and stunning them. Skewer is a similar attack to Vault Kick but deals more weapon damage and applies a bleed. You might have to fight to figure out if Skewer or Vault Kick fits your playstyle better.

Recommended passive abilities: The passive abilities you want to grab include Precise Jabs, Refreshing Jabs, Cripping Jabs, Rupturing Strikes, Relentless Blows, Aggressive Maneuvers, and Exposed Wounds. In addition, there are several beneficial passive abilities in the Impaler tree, making it a much more inviting experience than the Zoner one.

When it comes to using a spear in combat, the real tragedy is the difficulty of landing many of the abilities. So long as you’re effective at landing the attacks, you can become a destructive force in battle. You might find yourself being squishy in combat, but by dodging and evading your opponents, you’ll regularly rely on your abilities to defend yourself and have them at the ready.