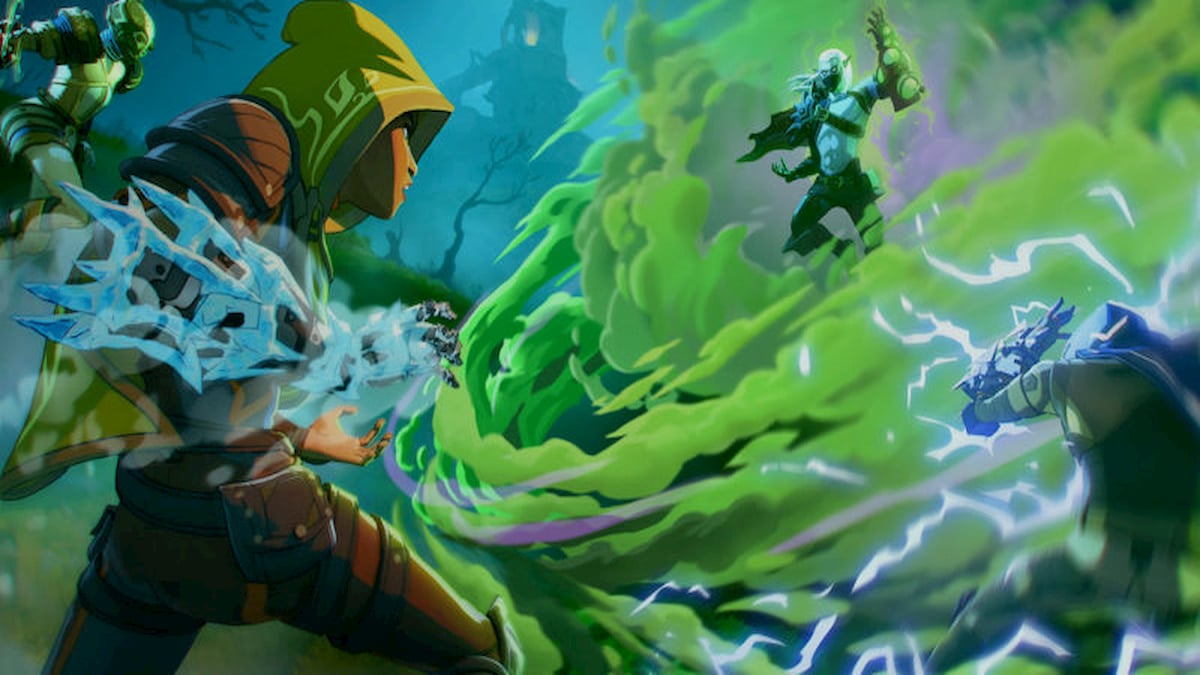 Picking where you land in Spellbreak is crucial in more ways than one. You can be a new player and land somewhere with a lot of people and get destroyed, or you can land out in the middle of nowhere and get zero loot. But there are a few locations in Spellbreak where there is an abundance of loot and very few players. This guide will highlight the three best places to drop in Spellbreak for easy Legendary loot.

There are often portals near Ruby Grove, but players head straight for Fort Halcyon or Forgotten Cloister. This leaves Ruby Grove free to loot. You can find up to six Epic chests scattered across Ruby Grove. You will have to loot fast, though, as everyone in Halcyon Reach and Forgotten Cloister will be heading West as soon as they are geared up and will surely run into you.

Hope’s End is one of the more popular landing spots on this game. That doesn’t mean it’s not worth landing at, though. There is enough loot to go around, and you can often find an average of three Epic chests on the east side of the town — but you will most likely have to fight for them. If you do end up killing the handful of players that landed at Hope’s End, you will have more loot than you know what to do with.

This is the best spot to land for both new and veteran players. It’s almost always empty, and if there is a portal nearby, you can easily fly over and get all of the loot to yourself. This will give you a massive head start on the competition as you can often grab five to ten Epic chests just for yourself. Be sure to check the upper courtyard, as that’s where most of the loot spawns. You can then use your Epic loot to hunt down foes in Hymnwood Ruins and Wayfarer’s Market.