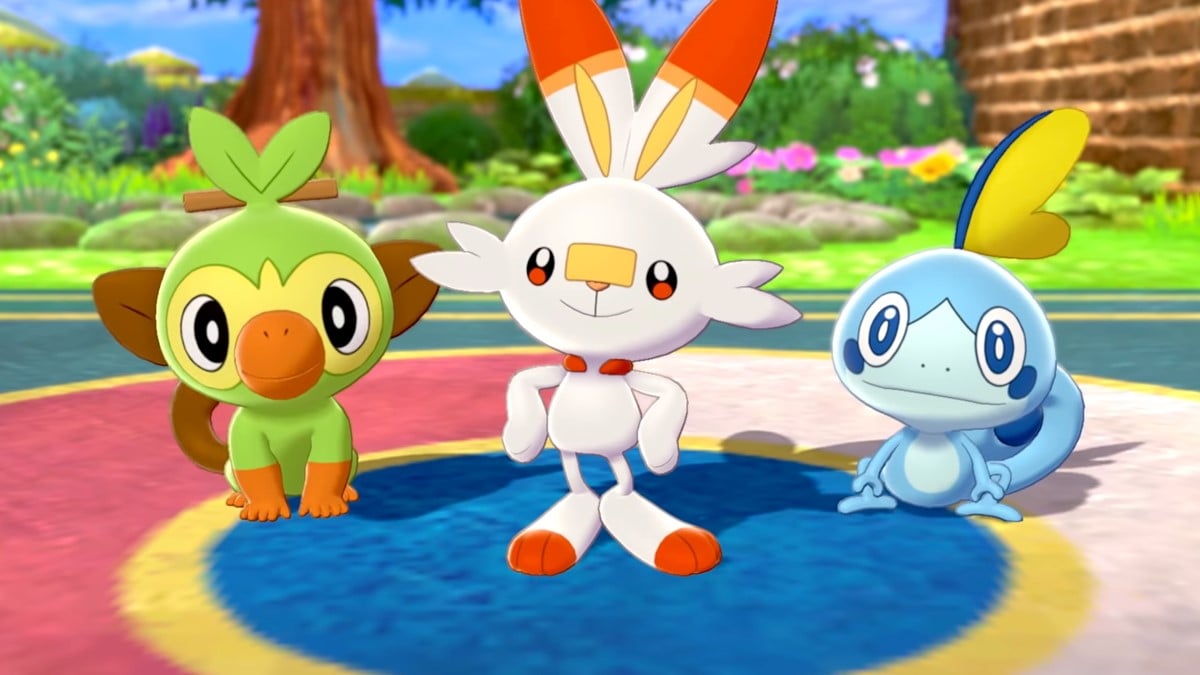 Almost every main series Pokémon game since the dawn of time has started with a choice. You begin your Pokémon journey by choosing which Pokémon companion will join you: a grass-type, a fire-type, or a water-type. Those Pokémon in Sword and Shield’s Galar region are Grookey, Scorbunny, and Sobble.

Your starter Pokémon is generally the strongest Pokémon you get for the first part of the game, and your choice will affect how things go down in major battles against gym leaders. Choosing the starter that is best for you though comes down to more than how well you’ll do in the first few fights. It’s important to think long-term as well.

Let’s take a look at how your journeys with these Pokémon may start, and also how they may end as they evolve later in the game, so you can figure out which starter is best for your playstyle and version.

Choosing Grookey, the chimp Pokémon, can be viewed as potentially the most difficult path, but it can also be equally as rewarding. Grookey is the most physically powerful starter, but also the most defensive starter of the three, and will pair well with another defensive Pokémon you can get early on: Wooloo.

Having both Dubwool and Rillaboom, the evolutions of Wooloo and Grookey, respectively, on your team in the later game can be great to withstanding strong attacks, as long as they are not super effective. If you prefer to play a defensive game, Grookey is hands down your best option, though you can also play them offensively just as well. Careful, though — Rillaboom won’t be much help against Champion Leon aside from Seismitoad, and may even sit the fight out. Based on type advantages, Grookey is more optimized for Sword than Shield.

If you want to start off extremely easy and go into an arc that is a little more nuanced, Scorbunny may be your pick. The first gym battle is against a grass-type leader, so you’ll be able to tear him apart pretty easily. That said, the battle isn’t difficult even without an advantage.

The attack and defense for final evolution Cinderace are much lower than Rillaboom’s, but their special defense is actually slightly higher. That said, Cinderace is much more nuanced, and the best choice for some who wants to prioritize two types, as Cinderace is fire-type and fighting-type, while the rest are single-typed. Cinderace will also be super effective against two of Champion Leon’s Pokémon: Aegislash and Mr. Rime. Based on type advantages, Scorbunny is more optimized for Shield than Sword.

Sobble is going to give you a tough start, but in the long run, they might be the best choice of all. You won’t be very effective against either of the first two gym types, but once you hit Kabu, you will be able to defeat him with ease, and not have to worry about major disadvantages for the rest of the game.

Another thing to note with this choice is that the special attack for their evolution, Inteleon, is by far the highest of the three starters. In fact, it alone has a special attack of the other two combined. If you are the type to prioritize special attacks, Sobble is the only choice for you. It is also helpful to note that Sobble is a great choice if you want a major advantage against Champion Leon’s Gigantamax Pokémon, Charizard. Based on type advantages, Sobble is more optimized for Sword than Shield.

Objectively, for the game specifically, and especially for Pokémon Sword, Sobble is the best choice. That said, choosing Sobble will make the start of the game tough, especially for new players. Subjectively, Sobble is best for special attack players, Grookey is best for defensive or physical attack players, and Scorbunny is best for players that like to balance two different types, and by extension, two different types of attack sets for their starter Pokémon.

At the end of the day though, analyzations can only say so much. When it comes to choosing a starter, choose the one that feels right to you, as they will become your Pokémon partner-in-crime for the next however many hours you may pour into the title. So who’s it going to be?