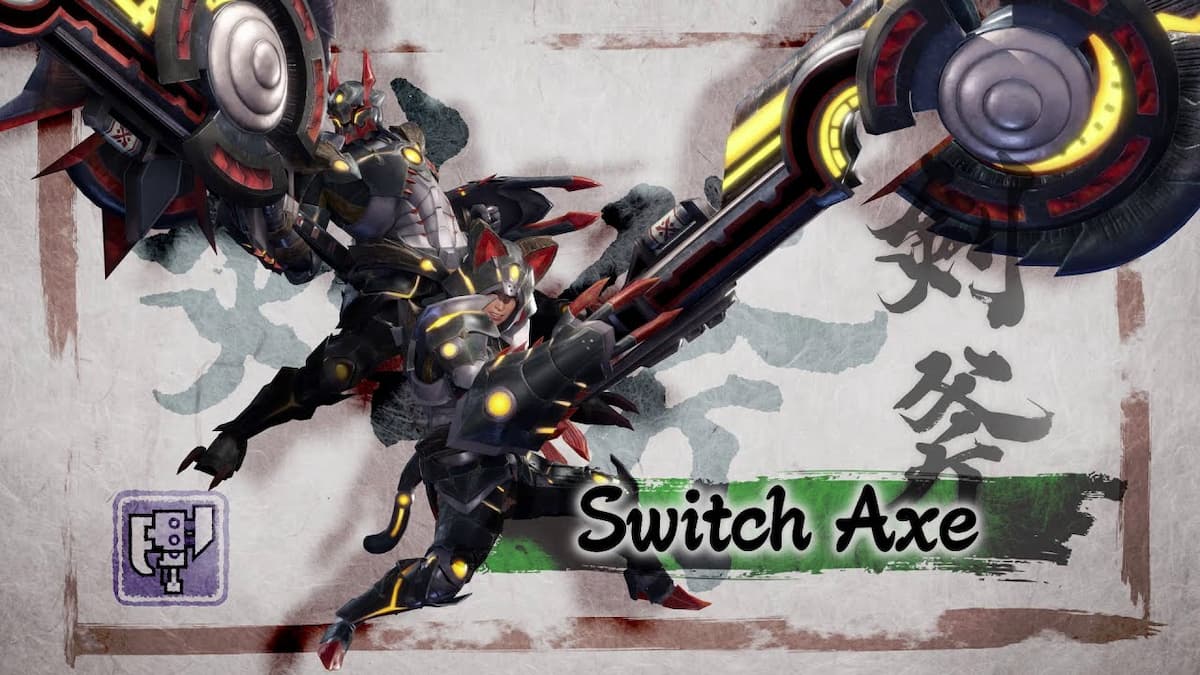 All fourteen weapon types got a massive revamp in Monster Hunter Rise Sunbreak, with new moves, timing adjustments, added counterattacks, and Switch Skills. The Switch Skill Swap mechanic is also new, allowing you to have two loadouts of Switch Skills, the powerful weapon abilities unique to each weapon group. Loadouts are split between a Red Scroll and Blue Scroll, which you can swap with a simple button combination.

The Switch Axe didn’t receive quite as many core changes as other weapons, but the Switch Skills you equip can redefine how you play the weapon. What you choose to use is ultimately up to you, but we’ll cover the optimal Switch Skill setups in this guide.

Your Red Scroll Switch Skill loadout is meant to be your main set, as you’ll start each quest with it active by default. It doesn’t have to be, as you may want to start fights with a swap dodge and use the generous invincibility frames.

The following five skills are our recommendations if you want to use the Red Scroll as your primary loadout.

The default first Switch Skill is the best, as it provides good mobility with your weapon drawn, key for continuing damage against more mobile monsters.

The 2-Staged Morph Slash Combo is the best combo for the Switch Axe, allowing you to transition seamlessly between the weapon’s two forms and keep up the aggression.

Any mobility you can add to the Switch Axe is welcome, and the Soaring Wyvern Blade allows you to avoid ground-based attacks and strike from the air in a delayed explosion. You can also use it to recover from the blowback from a Finishing Discharge.

Keeping your weapon charged is vital, and Switch Charger gives your gauge a boost and temporary stability and provides invisibility frames with the right timing. It’s also a great mobility tool if a monster is particularly mobile or you need to reposition for another reason.

The secondary scroll, the Blue Switch Skill Scroll is still a vital part of your setup, as it can house the utility abilities that get you back in the fight or save you from an unfortunate mistake or unexpected monster attack. Here are our recommendations for your Blue Scroll.

More expensive and less damaging than Finishing Discharge, the Compressed version comes instead with lengthy invincibility frames and a longer recover animation. If you find yourself taking damage too often with this ability equipped, swap it for standard Finishing.

No changes here either. The utility is too good to pass up.

Sticking to our goal of utility in the Blue Scroll, Invincible Gambit gives you significant mobility options, allows you to take hits with significantly reduced damage, and costs no gauge to use.

The real bread-and-butter Blue Scroll Skill, the Elemental Burst Counter takes timing and monster knowledge to use properly but hit it, and your weapon goes straight to full charge, you’ll take no damage from the attack it counters, and you’ll deal significant damage in return. It’s also incredibly satisfying to pull off whether you’re fighting Daimyo Hermitaur or Malzeno.