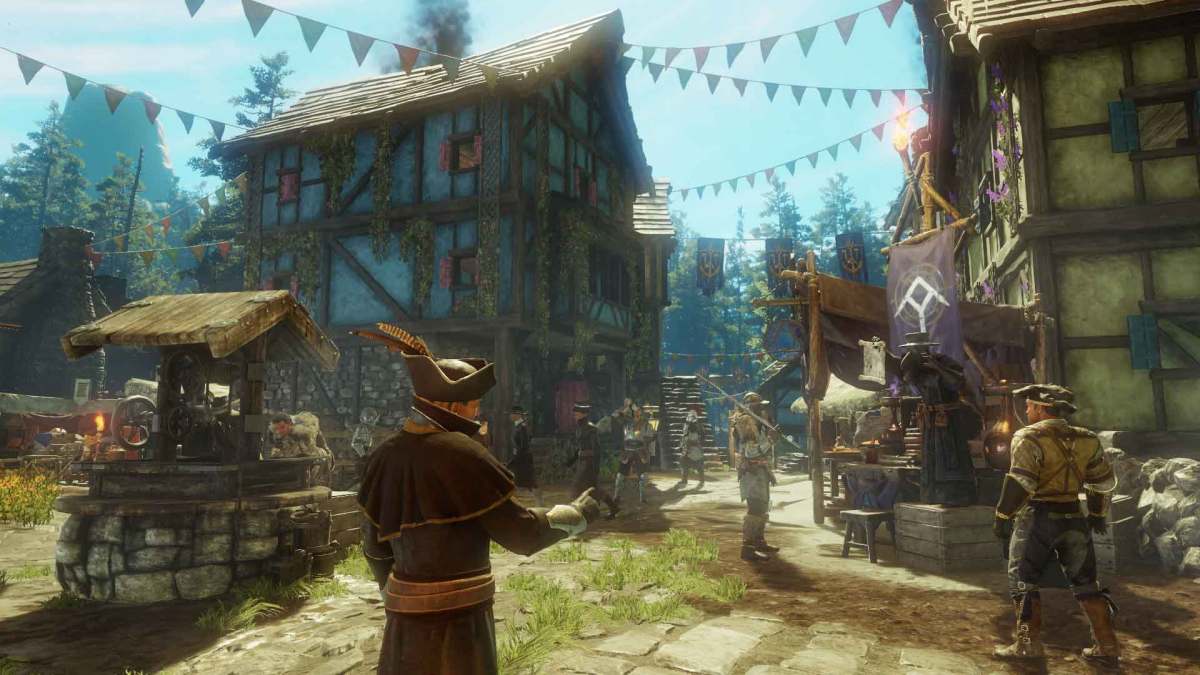 Standing is a leveling stat in New World that is separate from your character’s individual level. Standing is tied to each Territory on the map. Performing certain tasks — like killing enemies, crafting, or completing Town projects — increases your Standing in the Territory you currently occupy, earning you Standing points which you can spend on Upgrades. These Upgrades have almost no impact on PvP or PvE activities, but they greatly affect progression and resource management.

While there is no single best option here, we can reasonably group all potential Territory Standing Upgrades into three groups based on their uses and relative value. That said, your choices in New World should be guided by your playstyle and personal goals.

These Upgrades will consistently help you advance in New World by reducing your spending and increasing your resource gain. Thus, you can generally consider them your best picks. Depending on which Territories you find yourself exploring most often you should invest in different Upgrades, but any Upgrades you take among these five options will never go to waste. Note, that most of these Upgrades have diminishing returns, meaning the value of each individual Upgrade is lower every time you purchase it again. For that reason, it is best to buy one copy of each Upgrade before beginning to stack additional copies.

These Territory Standing Upgrades increase the value and utility of your house in New World. Buy them if you have purchased a house in your current Territory, or plan to purchase one in the future.

These two Upgrades don’t give you a specific advantage in New World, but rather increase the rate at which you level up and get access to other Upgrades and perks. You should buy each Upgrade the first time you get the option to since their effects are compounded the longer you have them. After that, continue to take these Upgrades only if you intend to play New World a lot. These long-term investment Upgrades will accelerate your leveling and help you enjoy everything the game has to offer sooner and more efficiently, but they are generally not worth taking if you don’t intend to stick with New World for long.