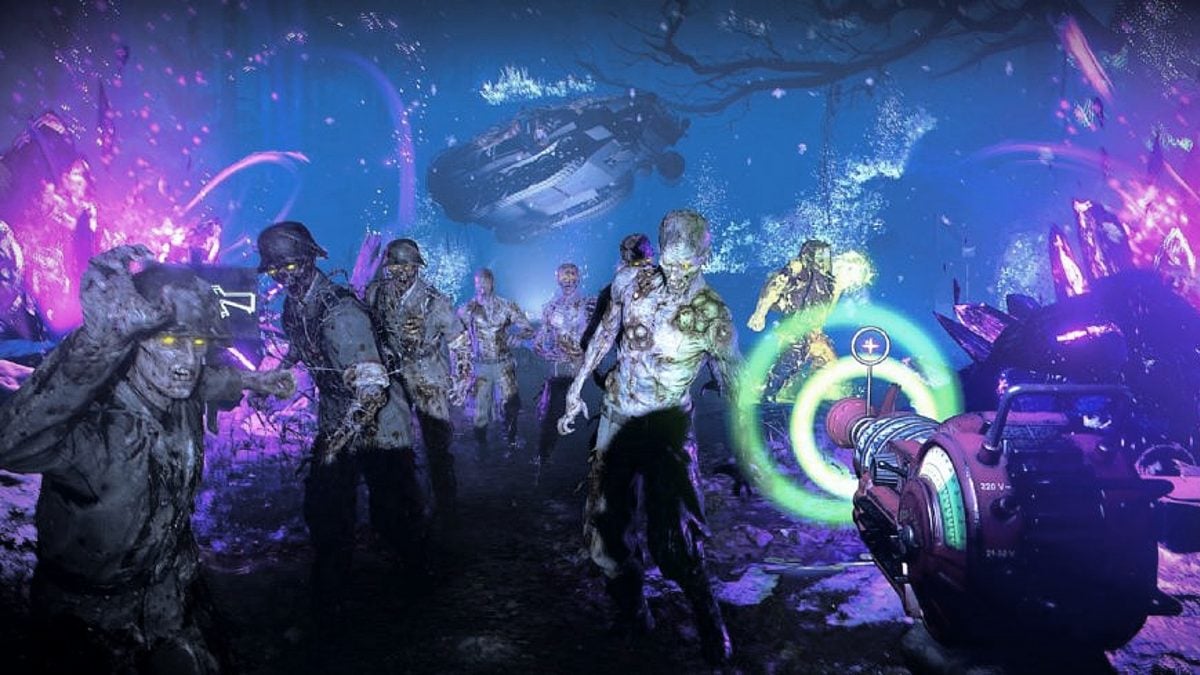 In Call of Duty: Black Ops Cold War Zombies, you need to take advantage of every tool you can to survive as long as possible. Between managing your perks, equipment, and scorestreaks, you would think you have enough to keep an eye on. That being said, you also need to keep a constant eye on your weapons. Ensuring they are Pack-a-Punched and up to a proper damage tier will require a bit of concentration, but you need to use those resources on weapons you will get the most use out of it. Like any other situation, some cases stand out above the rest. Here are the best weapons you need to try and get your hands on in Call of Duty: Black Ops Cold War.

Note: we are only listing weapons you can set in a loadout, so no wonder weapons will be mentioned here. Surprise, all of the wonder weapons are brilliant choices and will make you exponentially more powerful if you get your hands on them.

The AK-74u has been a handy weapon to have on you in every Call of Duty game it has appeared in, and Black Ops Cold War is no different. For the SMG class, this gun has pretty significant damage, and if appropriately upgraded, can easily hold out for you into rounds in the 30s. It also has magazine attachments that can let it start with up to 50 round drums for mowing away a train of zombies.

The AUG is a burst shot tactical rifle that doesn’t do anything too impressive at first sight, but once you start upgrading it, you will begin seeing its true potential. It has various attachments that increase its speed and power, giving it a nice punch and utility to get you out of sticky situations. Add in its pretty decent range, and the AUG is a darkhorse contender for one of the better weapons in Black Ops Cold War Zombies.

While the Bullfrog may not have the firepower, it is essentially an LMG sitting in the game’s SMG section. Without any attachments, it has a base ammo pool of 50, with a maximum of 85 rounds possible. Pack-a-Punch it, and you are looking at over 100 rounds. You can fire into a large crowd of enemies with the mobility to duck and weave yourself through their attacks. If you are playing on Firebase Z, you can also purchase an epic tier damage Bullfrog in Peck’s Quarters for 3,250 essence points, letting you save tons of salvage to put towards other items. The Bullfrog begins to struggle when you get closer to round 30, but there is no better weapon for quickly taking out enemies while an Instakill is active.

Since Black Ops Cold War was launched, the Gallo SA12 has been one of the best weapons in Zombies, and we still highly recommend leveling it up as much as possible. It has some of the best firepowers in the game, is arguably the best weapon for taking down tougher zombies at any round. Upgrade its ammo, and it can output that significant damage for a long time when Pack-a-Punched, with each shell reloaded, giving you four shots back in the barrel. Also include the range boost attachments to make it even more deadly.

There is a decent argument to be made about whether the Hauer 77 or Gallo SA12 is the better shotgun in Black Ops Cold War Zombies, but honestly, you can’t go wrong with either of them. When upgraded, it also has one of the highest damage dealing aspects of any weapon in the game and is another bane to any elite zombies you come across. It cannot quite get up to the Gallo’s ammo capacity, but the sheer power and speed it gives you makes it an excellent substitute.

You might overlook the Knife because it is not a gun, but this melee weapon is handy, especially when you Pack-a-Punch it. While you can unlock a skill in the melee weapon class to always have a knife on you, the Knife you can set as a loadout weapon is much more powerful. When upgraded to Pack-a-Punch level three and upgraded to legendary damage tier, it will one-hit kill any regular zombie no matter what round you are at. That’s not all; it also deals significant damage to elite enemies. While it is dangerous to lunge in and get yourself closer to the zombies, it is a high-risk, high-reward situation. When you hold another weapon and have the Knife in your back pocket, it will replace your usual melee attack.

The KSP 45 is a three-round burst SMG that has the highest damage potential in the class. For an SMG, it has pretty reliable control and range, which makes hitting critical shots easier and will be useful for quite a while, especially if you start with it in your loadout. The KSP doesn’t blow you away with any single feature it has, but it’s just an all-around solid, dependable weapon in Zombies.

The M16 is a favorite of the speed-running community in Zombies. It has excellent damage and accuracy and can have its ammo capacity significantly upgraded. If you are looking to get the main Easter egg done on any map, the gun is perfect for various uses. It can quickly take out enemies when you need to and give you control to hit the weak spot on elite enemies.

You might scoff at seeing the RPG-7 on this list, and that is fair if you are in early rounds and have a low damage tiered launcher. However, the more you upgrade the weapon, the more apparent it is that this is a juggernaut to have on your side. We don’t recommend running into a game with this as your primary weapon, but if you get it by other means while in your game, it is a perfect secondary that is great for quickly dispatching hordes of zombies and taking out elite enemies. Used with Ring of Fire, it puts out a scary amount of damage; just be sure to be careful that you don’t down yourself by shooting too close to yourself. At epic and legendary tiers plus Pack-a-Punched, the RPG-7 should be a weapon you at least keep your eye out for.

The Stoner 63 is an easily accessible LMG that narrowly beats out the RPD and M60 for us on this list. Regardless of which LMG you get, you know what you are getting into, lots of firepower at the cost of your mobility. You can eventually unlock attachments for faster reloading the Stoner, and certain stock and handle selections can help with your speed when holding it, but nothing that generally makes it stand tall above the other LMGs.