In Yu-Gi-Oh, Fire-Type Monsters, more correctly defined as Pyro-type, is considered more of a niche type than some of the other, more popular types of monsters in the Yu-Gi-Oh universe. Nevertheless, there are still awesome ones to discover. This guide will reveal the greatest of them, taking into account competitive scene application, unique effect, artwork, popularity, and of course —how awesome they look.

Barrier Statue Of The Inferno

When implemented, neither player can Special Summon monsters, except Fire monsters — this is an ideal card to have, predominantly if your lineup is comprised of some of the various Fire monsters from this guide.

A fusion card requiring one Pyro-Type monster and one Machine-Type monster, so typically not always easy to summon, but if you’re given the opportunity, this card is quite powerful. The effect states that you can inflict 300 damage to your opponent for each card on the field — expect damage potential to get up there quickly depending on the action.

This is a gorgeous looking card, with an even better effect. That is, when holding The Blazing Mars, or when it’s in the Graveyard, you can banish three monsters from your Graveyard. Additionally, sending all monsters under your control over to the Graveyard and inflicting 500 damage to your opponent for each of the monsters sent there.

The attractive effect with Fire Hand is that if it’s destroyed by your opponent and sent to the Graveyard, you can then destroy one monster your opponent controls. This card works in tandem with Ice Hand, as well. Fire Hand terrorized the competitive scene for quite a long while, winning events for loads of players.

When normal Summoned, shuffle four Pyro-Type monsters from your Graveyard back into your deck and then draw two cards. This is a must-have card for players with a vast array of Fire-Type Monsters in their lineup.

Solar Flare Dragon features the effect, where, when you control another Pyro-Type monster, this card cannot be attacked by your enemy. Also, during each of your End Phases, you inflict 500 damage to your opponent. This is another solid piece to have to accompany your Fire-Type lineup.

This is a beast of a card and can only be Special Summoned to see the light of day. To do so, you’ll need to sacrifice three face-up Trap Cards that you control to the Graveyard. Uria, Lord of Searing Flames, gains 1,000 Attack for each Continuous Trap residing in the Graveyard. To top it all off, you can target one set Spell/Trap card that your opponent controls, destroying that target. When used to its full potential, Uria is a tank of an alley to have by your side.

The aesthetics of this card is really something else. Hazy Flame features several benefits, including Attack Boosts, non-targeting Effects, and most notably, if you hold more than the required materials to activate its vast array of effects, it enjoys bonus effects to top it all off.

Arguably the best of the Volcanic monsters, and the go-to Volcanic amongst competitive players. Essentially this card is a solid Free +1 Effect, where you can perform return as many times as you please given each form of Shell you get into your Graveyard. 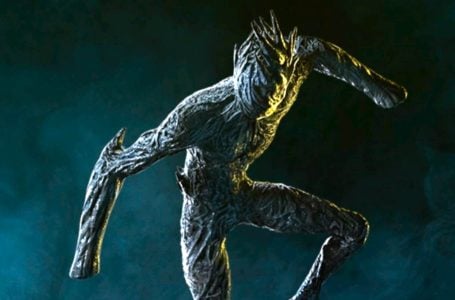