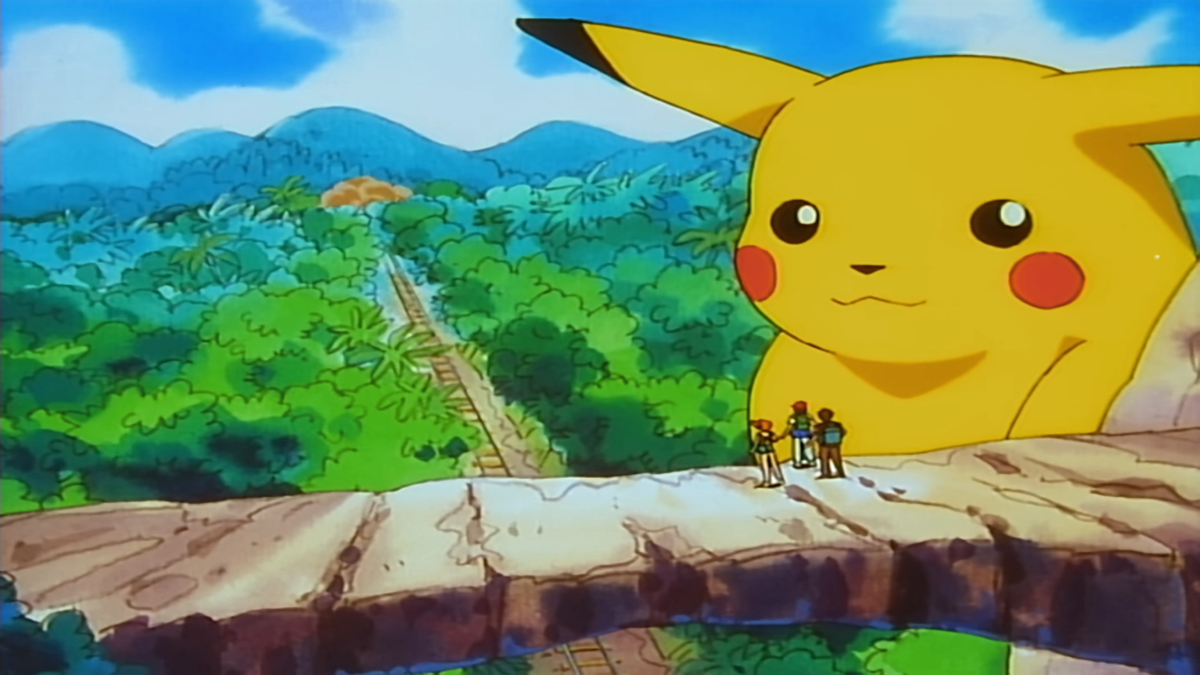 Since making its debut in the nineties, Pokémon has reliably added new monsters that appeal to a large variety of people. Regardless of your interests, there is guaranteed to be at least one pocket monster that catches your eye. People get rather caught up on what each Pokémon looks like from a design standpoint but do not consider the size of each monster; depending on where you are viewing them, their sizes can be inconsistent.

From the smallest bird to the most mountainous legendary, there is such a large disparity in Pokémon. Let’s take a moment to focus on the biggest creatures you can come across in any of the games. Here are the 15 largest Pokémon ever according to Pokédex entries.

Note: we are not including Dynamax/Gigantamax versions of Pokémon, because then this list would literally only have those in it.

The largest Pokémon ever

The beautiful Milotic evolves from the not-so-good-looking Feebas. It also gets a significant power boost and extends to over 20 ft. long. Milotic is a great choice for about any Pokémon party, giving you almost everything you could need out of a Water-type Pokemon.

In its Confined form, Hoopa is a tiny mischievous troublemaker, but when it gets into its Unbound form, it is a mighty Pokémon that deals heavy Dark and Psychic damage with its six arms. This Djinn warp objects as big as a castle through space and it can summon legendary Pokémon whenever it wants.

Magikarp’s biggest calling is the fact that it evolves into this frightening draconic beast. Any time you see this Pokémon it is depicted as being very large, so its inclusion on this list should not be surprising at all. Its mega evolution becomes more fearsome, but it doesn’t actually get any longer, just more robust.

Giratina is a large draconic legendary Pokémon that has a lot going on in its design, but it is when it transforms into its Origin Forme that it actually gets to its true length. It trades in its four legs for a longer serpentine body and spikes that sprout out from it.

Ultra Necrozma is the ultimate form for the Ultra Sun and Ultra Moon legendary Necrozma. In this form, it is over three times bigger than its original state and it takes on a golden glow that makes it hard not to notice.

We start our list with a unique situation. Wishiwashi is a fish known as the small fry Pokémon, so how is it on this list? This rather pathetic-looking monster has an alternate form it can use called School Form if it reaches level 20. Technically, a school of fish is a large group of individual fish joined together, but since you go into battle with just the one Pokémon, we will count it in this case.

Onix has been a decently popular Pokémon since his debut in the anime series as one of Brock’s most beloved creatures in his party. Onix are known as the rock snake Pokémon, which is rather easy to see why. In his first appearance in the anime against Ash’s Pikachu, he is seen to be towering over the competition, which is not easily seen in the early Game Boy games. As technology advanced, we got to get a better look at just how tall Onix is in the games, but he still appears to be shrunken for display purposes.

Up next is Onix’s evolution, Steelix. Making its debut in Pokémon Gold and Silver, this evolution is made by trading an Onix holding a metal coat. Not only does this add the steel type to the rock and ground moves Onix has, but like other evolutions, it enlarges the Pokémon. Steelix gains some more jagged edges and a larger head coated in iron thanks to the evolution. While there are no more traditional evolutions in this line, do not expect this to be the last appearance for these snake Pokémon on this list.

Coming in at the exact same height as Steelix is Celesteela, the Launch Pokémon, thanks to its space shuttle appearance. It is one of the Ultra Beasts, a group of Pokémon that come from another dimension known as Ultra Space. The makeup of Celesteela is totally unique. While it looks like a space shuttle and is a steel type, it actually has bamboo in it, making it partially a plant. It propels itself through the air with stored up gas and is believed to be capable of space traversal.

Kyogre is a legendary Pokémon with the power to control the ocean. In its original state, it does not come close to making this list, measuring out at “only” 14 ft., 9 in. But equip it with the Blue Orb in Pokémon Alpha Sapphire and it will undergo Primal Reversion and become Primal Kyogre, a beast that towers over its previous form, growing more than double its normal size. While it retains its general body form, it does have some distinct color and pattern changes when it goes into Primal Reversion.

Making its third and final appearance in the list of largest Pokémon, the Onix line offers up the mega evolution form of Steelix. During this temporary transformation, Steelix’s body becomes even longer than it was before, while also doubling in mass and gaining crystalized features to its jagged appendages.

With another mega evolution, the legendary Pokémon Rayquaza makes the list after narrowly missing the top 10 with its original 23 ft. measurement. During the transformation, Mega Rayquaza’s body and head both become longer, as its horns enlarge as well. The golden aspect seen in its original design is much more pronounced in the Mega Evolution, with tendrils protruding outwards and waving through the air.

For years, Exeggutor was not considered to even be in contention for one of the largest Pokémon. Making its debut alongside the series in 1996, Kantonian Exeggutor stands at a mere 6 ft., 7 in., which is nothing compared to its Alolan counterpart. The nearly 30-foot difference is in large part to the long extending neck this version of the Pokémon has. In order to fit an Alolan Exeggutor on the screen, they are often shrunk, although Pokémon Go will show you only the lower part when you attempt to catch one.

Wailord is the Float Whale Pokémon and evolves from Wailmer at level 40. Its design is based on the blue whale with its small beady eyes and huge mouth. Wailords are known to travel in groups and eat whole schools of Wishiwashi in one gulp to give you a reference to the number ten spot on this list. It also can create shockwaves to the surrounding area when it jumps out and crashes back into water.

It is not every day you see something that can make a whale look small. Eternatus is a legendary Pokémon appearing in the closing moments of Pokémon Sword and Shield and is literally referenced to as the Gigantic Pokémon. Eternatus is actually an alien dragon, with its body looking more like a skeleton of that description. The glowing orb you can see in the rib cage region is the life source of the Pokémon and gives it the ability to gather energy and become even larger in its Eternamax form, which makes it 328 ft., 1 in. tall.