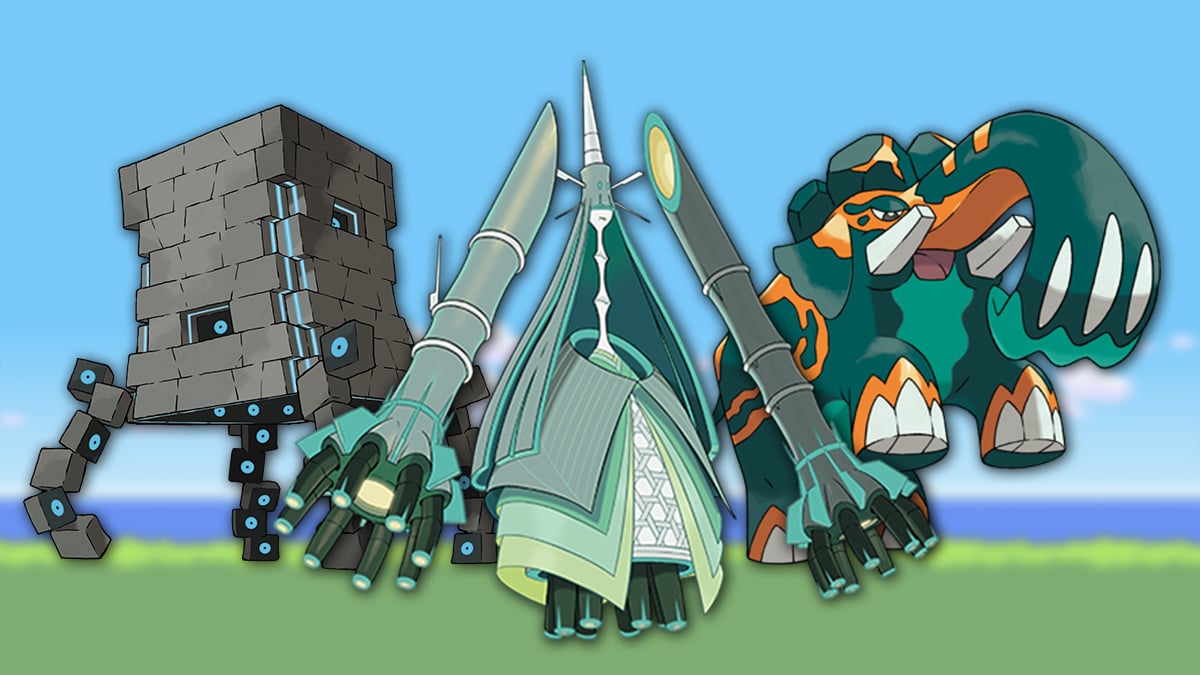 Weight is not a stat that Pokémon trainers always focus on, but it does play into certain attacks. With that in mind, you might be curious which Pokémon are the heaviest. We’ve compiled a list of the ten biggest units here, and some may surprise you.

It’ll be interesting to see if Pokémon Scarlet and Violet change this list. The new Terastallize mechanic gives your Pokémon a diamond-like coating, which presumably raises their overall weight. As it stands, this list is accurate through Legends: Arceus.

It might be considered cheating to put a combined Pokémon on this list, but it still only grabs the 10-spot on this list. Plus, Calyrex’s entire quest in Sword and Shield revolves around reuniting it with its steed: either Glastrier or Spectrier. Once Calyrex mounts the Ice-type Glastrier, their combined weight is quite formidable.

There are a few Ultra Beasts on this list, starting with Stakataka. It makes perfect sense that this Pokémon weighs nearly two full tons, considering its body is a stack of mystical bricks. It’s in the name.

Outweighing those bricks is Guzzlord, another Ultra Beast. Apparently, that big gut-mouth is capable of eating whole buildings and mountains. It’s not clear if its massive weight is natural or from all the structures sitting inside its belly, but it’s quite a unit nonetheless.

Somehow, this eight-foot-tall Clydesdale horse weighs more than Ultra Beasts from another dimension. The reason is Mudsdale’s hooves, which are dense enough dig through pavement. It can also create a mud mixture sturdy enough to build houses.

Mega Evolutions were first introduced in X and Y, letting certain Pokémon go beyond the typical third stage of development. Standard Metagross is a fusion of two Metangs, so you’ve already got double the density in this quadrupedal Steel type. Then it starts floating when in Mega form — you should definitely get clear before it comes back down.

Eternatus is an interesting case because we don’t actually know the stats of its true form. You can catch it at the end of Pokémon Sword and Shield, but you’ll only ever control it as a standard Pokémon. Eternamax Eternatus, as its gargantuan Dynamax form is called, may even be able to top this list, but we’ll never know.

Groudon, a Legendary representing the land, is a big beast whether you’re finding it in Pokémon Brilliant Diamond and Shining Pearl or in the original Ruby and Sapphire. In both cases, you can have it hold the Red Orb, which will let it revert to its Primal Form at the start of a battle. This turns it into a dual Ground/Fire type and increases its weight quite a bit.

Believe it or not, these two ‘mons weigh exactly the same, down to the tenth of a measurement. It makes sense for Celesteela since it’s a living rocket ship. Cosmoem, on the other hand, is a cute little orb. It seems strange until you remember that there’s basically a whole galaxy crammed inside there. It’s actually very fitting that these two weigh the same: one is a rocket to the stars, and the other contains the stars themselves.

Yes, this elephant, who first appeared in Sword and Shield, is the heaviest Pokémon you can obtain. That’s all thanks to the Heavy Metal ability, which doubles the weight of whatever it’s attached to. Without this, Copperajah wouldn’t even make the list. With it, this elephant outweighs rocket ships, dragons, and every other Pokémon form you can think of.