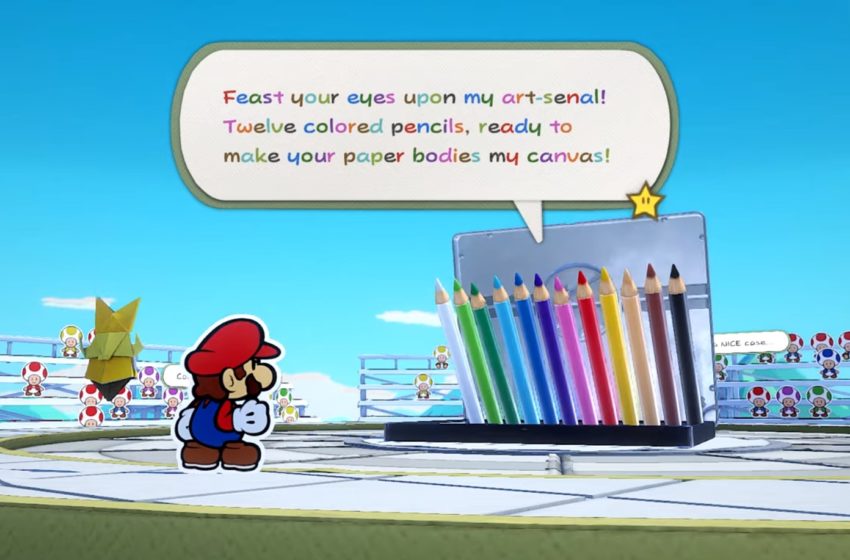 Every good RPG title contains boss battles that test a player’s skills, determining if a particular build worked. In Paper Mario: The Origami King, a boss battle will work differently than the traditional battles, and players need to rethink how they approach these fights. A boss battle will use the new ring-based system in the game, but instead of having Mario in the middle of it as he in regular fighting, he’s on the outside, and the boss will be at the center.

In The Origami King, a new combat system focuses on Mario being at the center of a circle, surrounded by multiple outer rings. The enemies stand on the sections of this ring, and players have a limited time to line enemies up so Mario can perform the most damage to them using his various attacks. If you can finish lining them up before time runs out, you will receive an attack bonus, potentially taking them all out before they have a chance to attack.

With a boss battle using this system, by making Mario stand on the outer ring, you will need to think outside the box of how to approach the fight. Even the combat mechanics change for it.

Rather than attempting to line-up enemies, you will have to determine the best path through the outer rings to reach the center and hit the boss using one of Mario’s attacks. You still have a limited amount of time to react, though, and to shift the outer rings around the center. Each space of the outer ring has Mario moving along the board, and your goal is to get as close to the boss as possible to deliver a devastating attack. If you can’t reach a proper attack in the given time, you have the option to buy time, but the video did not detail what you have to give up to receive more.

These bosses will have a unique weak point; you will have to learn how to exploit to deliver the most damage. The colored pencil case, for example, can harm itself if Mario closes the lid when it’s attempting to send off a barrage of missiles against him. The projectiles go off while it’s closed, greatly damaging itself. Each boss will likely have a similar weakness. Mario will have the learn about during the fight to take them out much faster.

There were three bosses shown in the first video: Colored Pencils, Rubber Band, and Tape. Each is a fun twist on standard office supplies, so players might expect additional, boring supplies to make appearances, such as paper clips, staplers, pens, tacks, and several others.

While only three were shown, we can expect more bosses to be in Paper Mario: The Origami King, and there could even more advanced fights against them later on in the game. The brief look shows us how the already unique combat mechanics will have a fun twist during this difficult fights, expanding the potential of what players will encounter during the game.