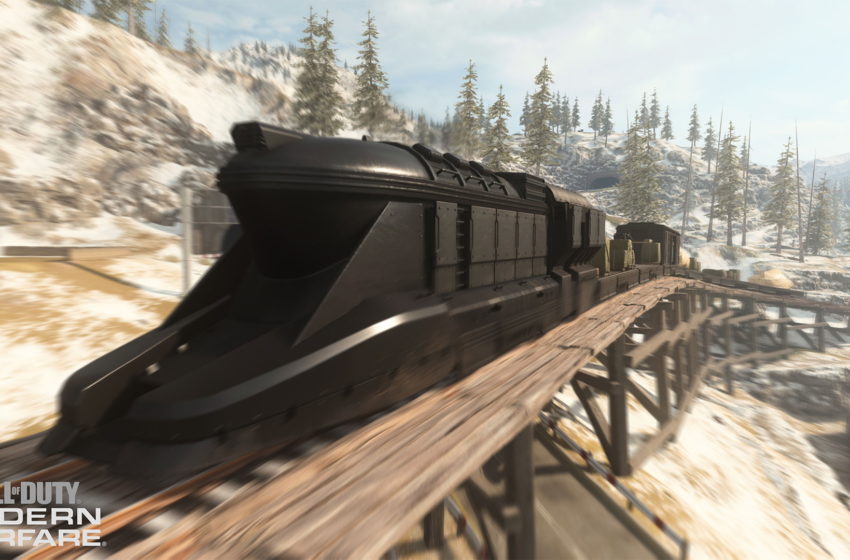 A new feature added to Call of Duty: Warzone is a train. Many players will refer to it as the loot train because of the pile of boxes along its back. If you land on the loot train, you can unlock the many orange and blue boxes to give you and your teammates valuable equipment to last for the rest of the game right from the start. However, other players will try to do the same thing, and you can expect to see them falling from the sky at the beginning of the match to attempt to take it for themselves. Once you clear the train and it’s only your squad, can you drive or control it anyway?

From what we’ve seen, the answer is a no. You can ride it no problem, but driving is a different matter. When you attempt to make it to the front of the train, it’s a dark painted structure that you can’t seem to enter. Without access to the conductor’s seat, there’s no way for you to control the train’s speed. It’s also following the tracks that go all the way through town, so there’s no way to give it a proper direction or choose where to go, from what we’ve seen. It could change in the future where players have the opportunity to dictate what path the train follows. But overall, despite the loot train having an icon on the map similar to other vehicles, you cannot control it.

How do you take care of it? You and your squad have to decide to protect it as it drives you through the Verdansk map. Unfortunately, because it follows a distinct path, you can bet being there plants a target on your back for other players to try and hit. You can expect players to bring heavy vehicles to try and take you out because they want the loot on the train. One or two of your squadmates might be able to jump off the train to grab vehicles to help you out, but you might be better off grabbing the loot and then jumping off the side to explore the rest of the map.