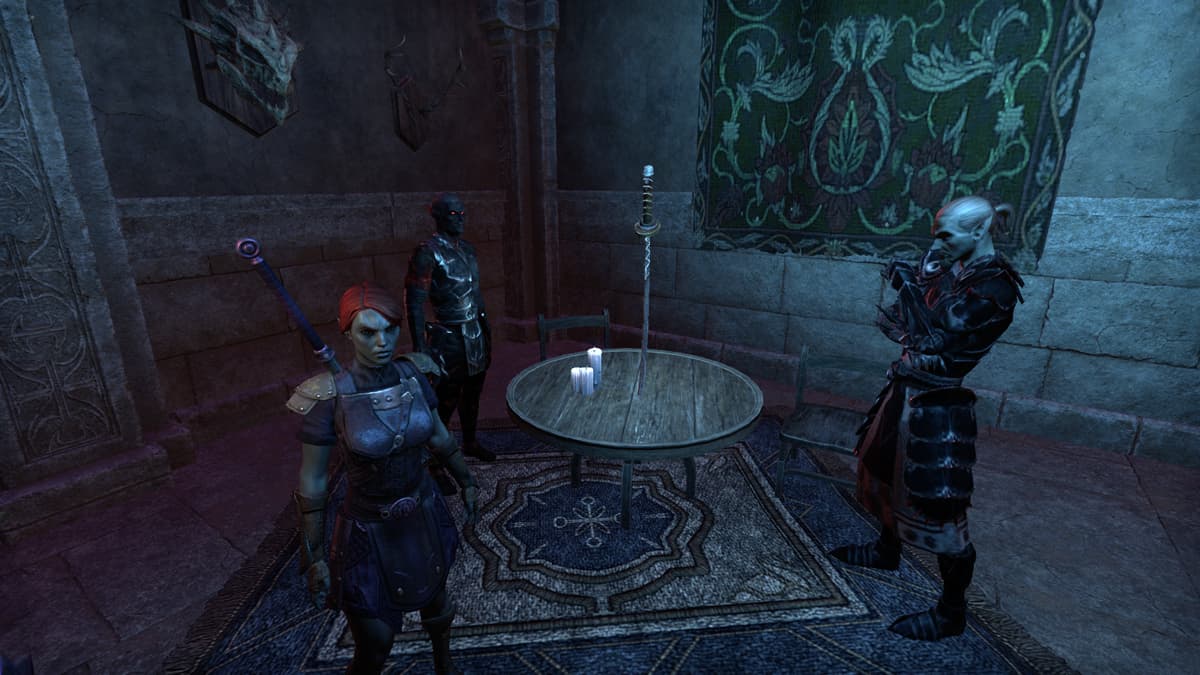 The Ebony Blade is an iconic weapon in The Elder Scrolls. It has appeared in Oblivion and Skyrim and is the weapon of Mephala, Daedric Prince of lies, sex, murder, and secrets. However, it has yet to become an official weapon in The Elder Scrolls Online. There is a weapon skin you can purchase, but that’s it. The release of Deadlands, however, features a quest that does include the legendary blade, but like the Webspinner herself, the end result isn’t what you may think.

Explore the city of Fargrave long enough, and you’ll come across a multitude of side quests. One of which revolves around the Ebony Blade. Locate Divayth Fyr outside of the auction house, and you can begin the quest Web of Lies. He’s searching for the Ebony Blade and sends you on a wild goose chase to find it. At one point, you will chase a spider around too. As it turns out, the blade he tasked you with finding is a forgery, and there are many of them. However, you do technically obtain it for a brief moment, but you can’t equip it.

The short of it is, the true Ebony Blade is not featured in the Deadlands. If you want to equip a version of it, you can purchase a motif from the Crown Store. It isn’t the blade of the Spider Queen, but it looks cool nonetheless. The quest is entertaining, but if you are a fan of the Ebony Blade and think it will lead to you being able to wield it, it’ll end with you being quite sad.