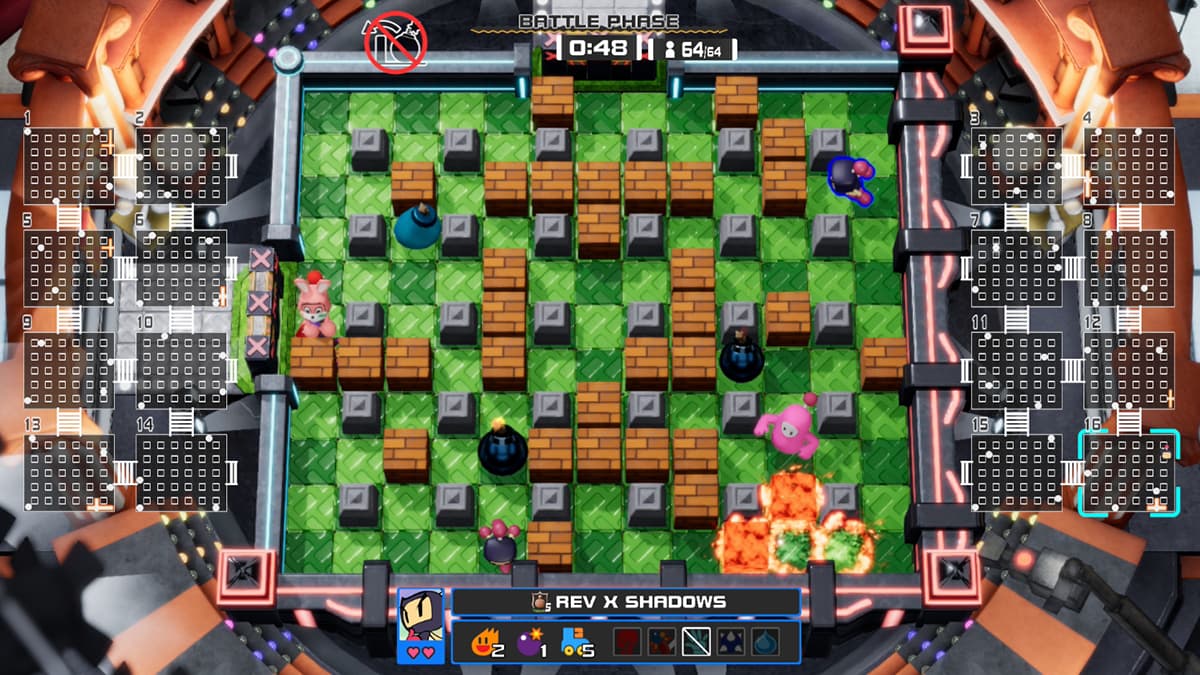 Bomberman may not be as much of a staple in video games as he used to be, but the cute little explosive psychopath still pops up now and then. However, this time he is blowing up the battle royale genre with 64 player lobbies, unlockable cosmetics, and nods to other Konami franchises. Battle royales can be fun experiences alone, but sometimes you just want to share those adventures with a friend. So can you play Super Bomberman R Online with friends?

Super Bomberman R Online does feature a way to play with friends online, although it is an odd way to go about handling it. For starters, there is no local multiplayer, so only one player can play on a console at a time. Also, you cannot start a Quick Match search with a friend, meaning there is no way to go into public games with a friend. Instead, you can only play with friends in a Private Match.

There is another problem if you are looking to play a game with a friend in a Private Match. While it is free to join into a Private Match, you cannot host a lobby unless you own the Premium Pack, which is listed at $9.99. This pack is mostly there to give people who purchase it 14 characters to play as but is also the only way you can go about hosting your own Super Bomberman R Online matches and playing with friends in general (unless they own the pack).