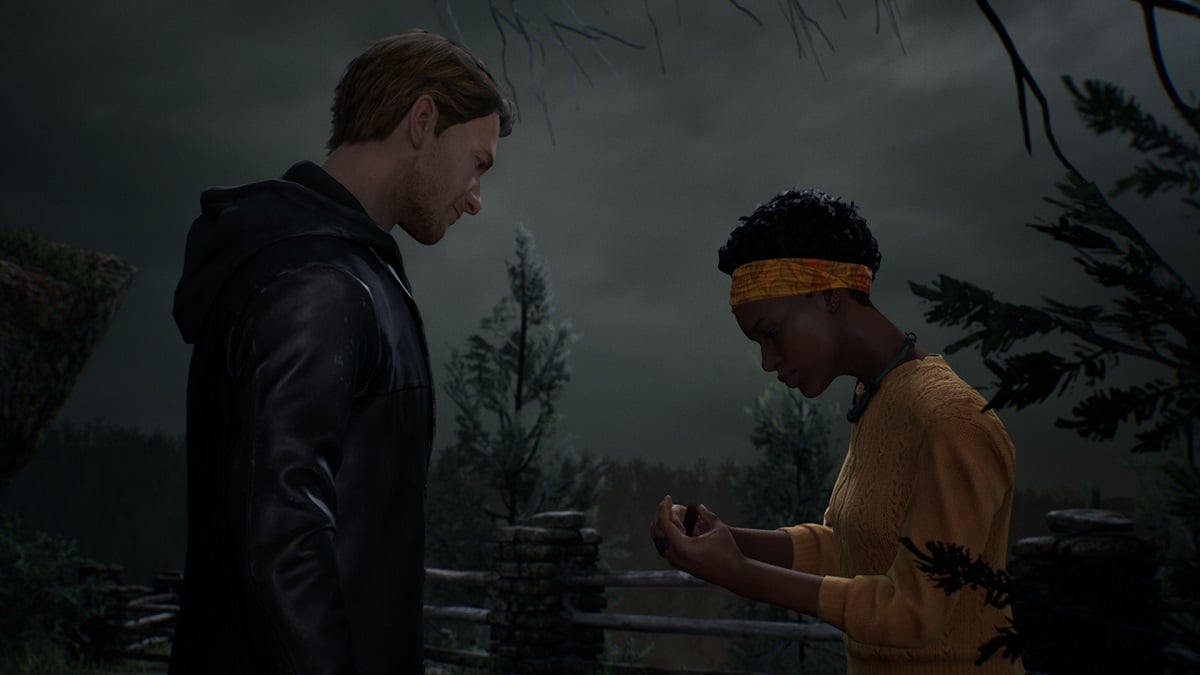 Twin Mirror’s branching narrative means that there are multiple endings you can unlock. With so many dialogue options during the game’s climax, you might be wondering if there is a way to save Anna and get one of Twin Mirror’s good endings.

If you are reading this guide, you should have finished the game and want to know if you can save her. If you haven’t, there are more big story spoilers to come after the image below. Turn back now if you don’t want the game’s ending spoiled for you.

Yes, you can keep Anna alive. There are two secret achievements or trophies tied to saving her, so prevent Anna from dying during the climactic stand-off with Declan. You need to follow certain steps to unlock either or both achievements and trophies, so read on for more.

This one requires you to keep Anna alive by putting yourself in your opponent’s shoes. The only way to get this secret achievement, and one of the good endings, is to pick Sam’s Double over the Mind Palace during the final panic attack section. After you navigate that puzzle, you meet Sam’s Double at a mirror. You can choose your social self by picking him or your analytical self by keeping your Mind Palace. Choose Sam’s Double.

Play through the next section until Declan arrives. You have several dialogue options to make and, after many playthroughs, we’ve determined that it doesn’t matter what you select until Declan asks you why he shouldn’t just kill Sam and Anna. These next four dialogue choices are crucial. If you select anything else, Declan will shoot Anna before she can try to wrestle his gun away, and she dies later on. Pick these options to save her:

Anna will jump Declan and cause him to drop his sidearm. A fight breaks out, and Anna and Declan end up shooting each other. Declan falls to his death while Sam uses the emergency phone to call for help. The screen fades to black as it looks like Anna dies, but don’t worry. A radio presenter’s voice will start playing over the black screen, and the Master Negotiator achievement or trophy will unlock.

For this one, you need to save Anna by outsmarting your opponent. You must pick the Mind Palace over Sam’s Double. He won’t be there to coach you through what to say to Declan this time, but you can still beat him. This time, pick these:

Anna will start wrestling Declan after the tense chat ends. Use your Mind Palace to work out how to defeat him. You can use the images of Sam’s friends and allies, who appear in his Mind Palace sections, to get advice. To save you time, these are the correct options to pick:

The same events will play out as Master Negotiator. Declan and Anna will shoot one another, Declan falls to his death, and Sam calls for Anna’s help. The screen fades to black, and the achievement or trophy will pop when the voice over begins.