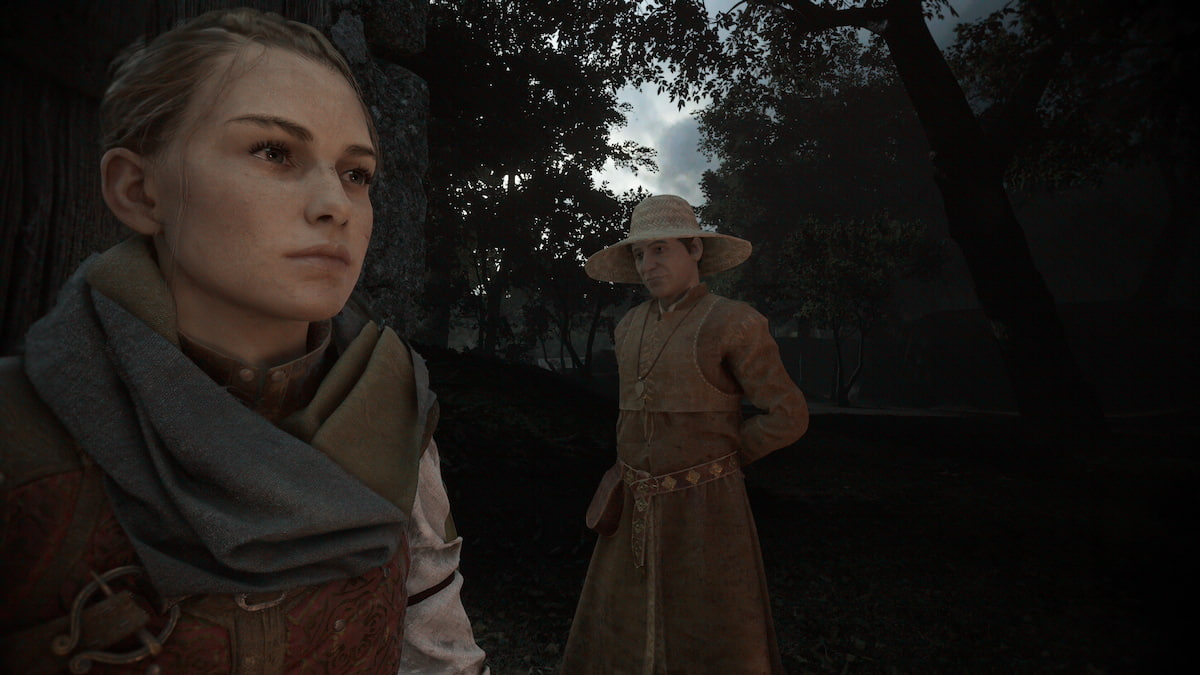 While running through each location in A Plague Tale: Requiem, you will encounter many other people. Many are hostile, but some are friendly and will try to help. Many of these people serve as set dressing, often offering a few words of dialogue, but you can’t interact with them or change their fate when hostile forces cause trouble. The Herbalist is an NPC you must interact with a couple of times and seemingly meets a grisly fate in chapter 3. He doesn’t necessarily have to, though. This guide will explain how to save the Herbalist in A Plague Tale: Requiem.

How to save the Herbalist in A Plague Tale: Requiem

Amicia ventures out to find the Herbalist hoping to find a specific flower needed for a medicinal recipe. His house is located on the outskirts of town, but before you reach him, you will run into a group of enemy soldiers and a swarm of rats occupying every dark space possible. Near the opposite edge of this town, a wooden gate will open as you approach it.

Once you move any closer than the image above, the gate opens, and two guards will appear escorting the Herbalist. It seems that any action you take will cause the Herbalist to die. If you try to take out the guard, the torch goes out; then the rats consume him. If you don’t do anything, the guard throws him to the rats. You can save the Herbalist, but you don’t get any notable achievement or unlock.

The key here is to create a safe space for the Herbalist while also taking both guards out. This is tricky, and you may fail it more than a couple of times. If the Herbalist dies during any attempt to save him, pause the game, then restart the checkpoint to try again. To save the Herbalist, follow these steps.

1: To make this technique work, you must have two pots to clear a path. This will be important later on, so keep that in mind. After you reach this area, make sure the other guards up to this point are gone. Otherwise, this plan won’t work. Equip Extinguis in your sling, and slowly inch forward until you can target the fire located to the right of the gate. When you get a yellow lock on target, as pictured below, fire the sling to smother the fire. This will draw a large portion of rats to the fire.

2: After you do this, you can begin the next phase, which is a doozy and requires tight execution and timing. This is where those two pots I mentioned previously will factor in. Prepare the sling with fire to begin the final assault.

3: These following instructions must be executed swiftly, with no time for hesitation between moves. If you make a mistake and the Herbalist dies, restart the checkpoint and try again. The key to saving the Herbalist is the two fire sources near the wooden gate. A standing torch to the left, and a fire pit to the right, tucked behind a bush. They are pictured below.

Sprint towards the gate as it opens, and the guards enter. If you’re fast enough, you can lock on and ignite a standing torch to the left of the entrance before they have moved too far away from it.

4: As soon as you light the torch, equip your throwing pots and make sure you have fire prepared inside of them. You must throw each pot in front of you to create a path to the entrance and sprint to the standing torch on the left. Ignore the two guards as you spring to the torch. If done correctly, the Herbalist will still be in the doorway as pictured above. If you throw the second fire pot near the guards, they will be stunned by the area of effect.

5: If everything above was done correctly up to this point, the hard part will be over, and you should be standing right next to the torch on the left. Quickly light the fire pit to the right of the gate with anything you have on hand.

6: Now that the flames are lit, you can throw Extinguis on both guards to douse their torches and allow the rats to consume them. After that, you’re all done, and a good deed is done for the day.

While possible, being able to save the Herbalist doesn’t net you any tangible change in the narrative or even garner an achievement or trophy. If he lives, you will skip a portion of dialogue where Amicia feels guilty for not saving the Herbalist. Either way, if he lives or dies, the story can progress all the same, and the next area will contain a Hugo’s Herbarium collectible to boot.