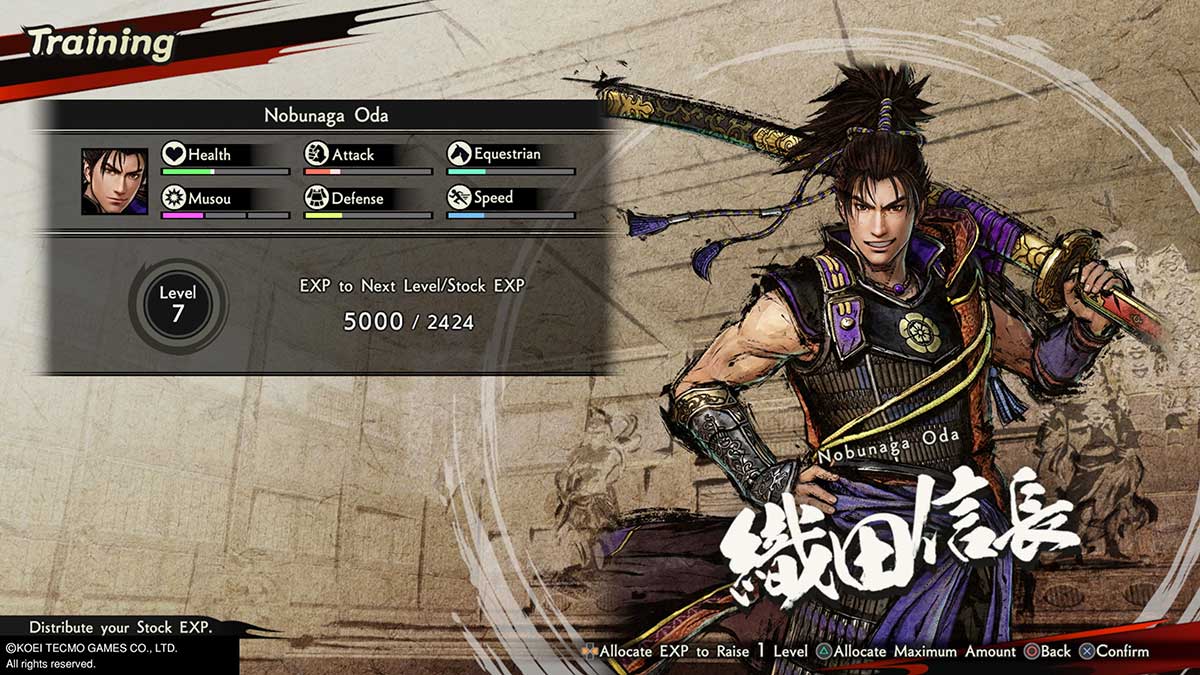 With more than 25 characters to unlock and upgrade in Samurai Warriors 5, you’ve got your hands full before you’re even out of the tutorial. You’ll unlock characters as you complete battles through the game’s story, and you can upgrade them through the buildings in your castle. However, upgrading characters isn’t as easy as you might think, which is why we’ve put together a few tips to help you out as you start on your journey.

Characters earn XP towards both overall level and Weapon Mastery while taking part in battles. The more experience they gain, the more Skill Points they collect. These are used to unlock specific one-time upgrades to a character, such as boosting their base health. While these are useful, they’re not as far-reaching as Weapon Mastery upgrades. The higher a character’s Weapon Mastery, the better the weapons they can wield. A character will do more damage and have access to new and different abilities with an upgraded sword, but all new Skills provide is a buff to base stats. Don’t neglect Skills, but pour the resources you have into upgrading Weapon Mastery first.

Characters begin their time with you holding F rank weapons. These are the worst in the game. You can upgrade these as soon as you unlock the Blacksmith, allowing you to upgrade the Gems inserted into the weapon, raising its rank. Be careful not to raise a weapon’s rank above the intended character’s Weapon Mastery level. You might end up with a powerful weapon if you do, but the character you want to use it won’t know how until you upgrade their Weapon Mastery level once more.

Keep an eye on your Ultimate Skills

Ultimate Skills are abilities that characters can use in battle. Some buff the character, while others are an unavoidable attack that gives you space from enemies for a short while. You can change these between every battle to test out which ones work best for your play style and the character. Don’t forget to use them because they can make the difference between completing an objective or not.

Play as the characters you want to upgrade most

The characters you play as in battle will receive the bulk of the rewards when it’s over. After the tutorial, you’ll gain the ability to swap between characters in the middle of a battle. Try to focus on playing as the character you want to upgrade the most. If you spend all your time as the wrong character, they’ll get all the experience for both level and Sword Mastery instead.

Once you’ve completed the first chapter in Samurai Warriors 5, you’ll be able to purchase new horses for your characters. Horses allow you to move around the battlefield quickly without being blocked by enemies. Training your horses will increase their defense, speed, and stamina. All of these are vital for chasing objectives around the battlefield, so it’s important to train horses whenever you’ve got some spare cash between missions.