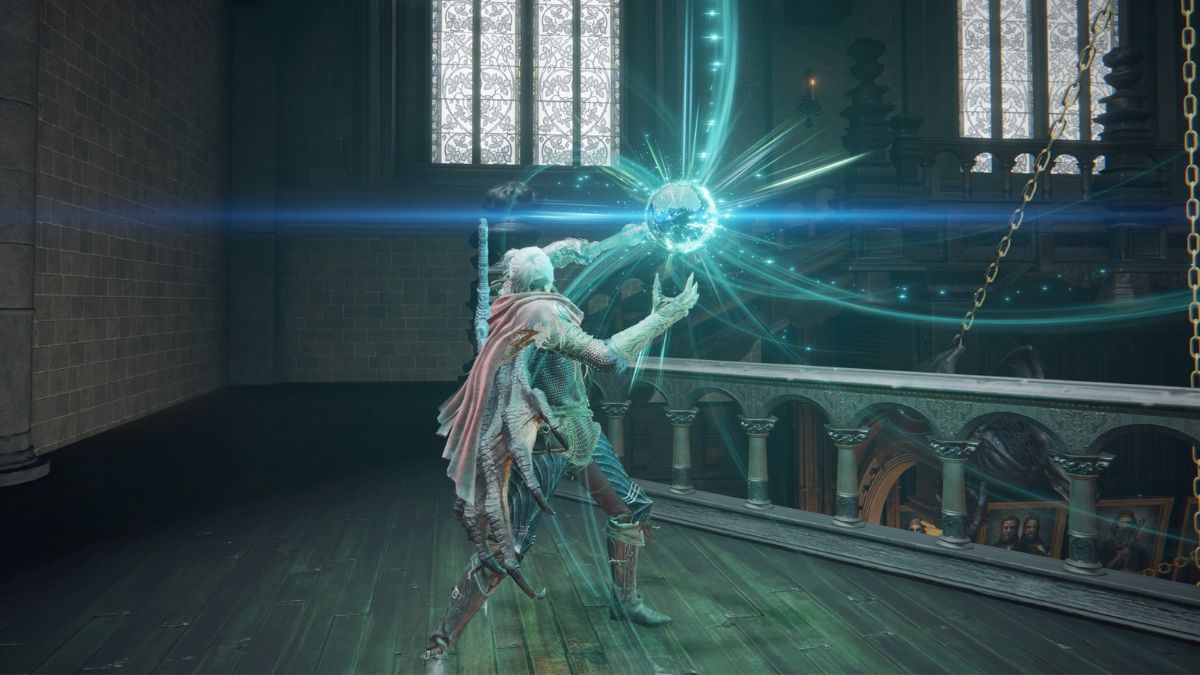 Elden Ring’s emphasis on sorcery offers players a vast and varied selection of damage types and avenues to delivering said damage. One of the more unique examples of this is the Claymen spells, allowing players to blow devastating bubbles towards their foes.

The Claymen Sorceries provide Elden Ring players with a set of two slow-moving, high-impact projectile-based spells that are sure to come in handy in any Arcane/Intelligence builds, such as the Bandit or Astrologer starting classes.

The first of the two Claymen Sorceries is the Oracle Bubble, which can be found by killing one of the Teardrop Scarabs found by traversing the ruins to the right of the Siofra River Deep Well Site of Grace. With a casting requirement of 19 intelligence and 15 Arcane, Arcane/Intel builds will get to enjoy the sight of a handful of bubbles being cast from the tip of their Glintstone Staff and watching them explode into blue flames upon impact at close to midranges, or once they’ve reached their terminal distance.

On the heftier and harder-hitting side of things, we have the Great Oracular Bubble, which can be found by killing another Teardrop Scarab in the stone ruins at the highest point of the Siofra River. With a casting requirement of 25 Intelligence and 18 Arcane, sorcery castors can expect a more concentrated attack than Oracle Bubbles due to this sorcery concentrating its damage output into one large, bulbous bubble that explodes on impact. While the Great Oracular Bubble is slower to cast than Oracle Bubbles, its AoE blast of damage on impact makes it an ideal choice for crowd control.