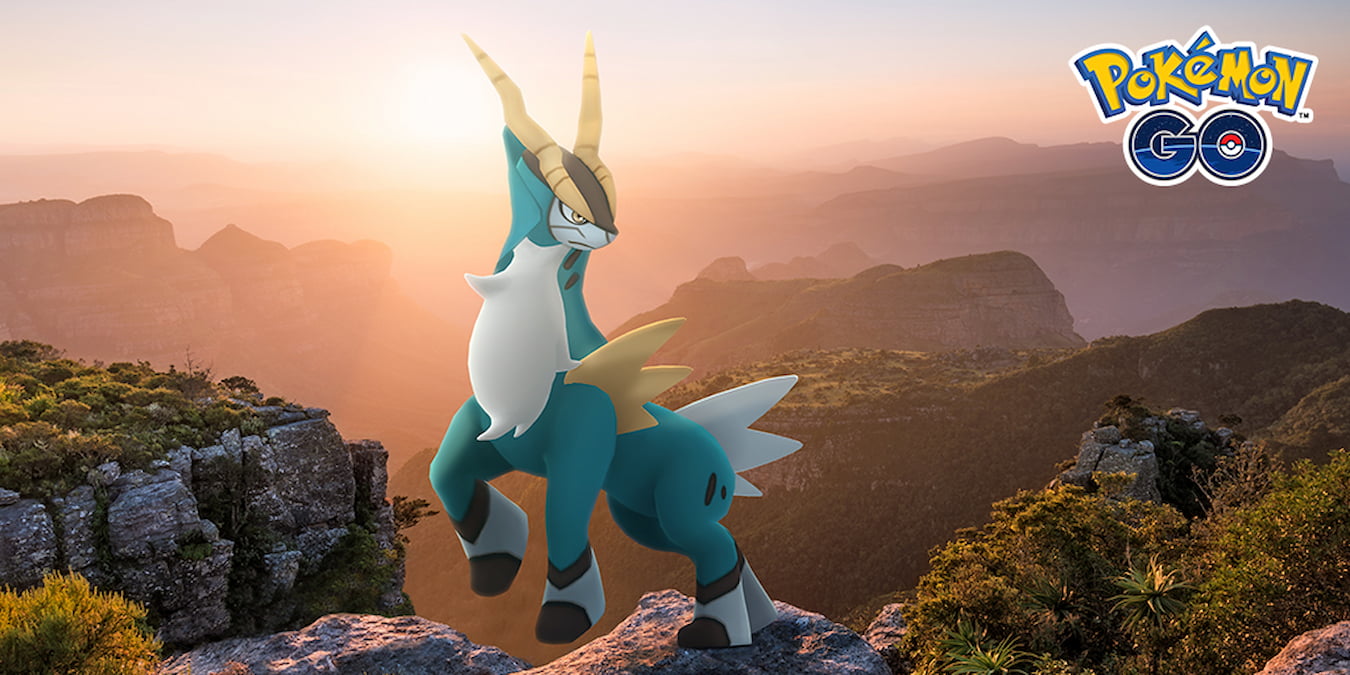 Cobalion is one of the three swords of justice Pokémon in the game. It’s a legendary Pokémon, and to catch in Pokémon Go, you need to beat it in a five-star raid. You’ll want to make sure you defeat it going after all of Cobalion’s weaknesses, and you bring the best Pokémon possible to counter it.

Cobalion is a Steel and Fighting-type Pokémon. It is weak to Fighting, Fire, and Ground-type attacks, but it is resistant against Bug, Poison, Rock, Dark, Dragon, Grass, Ice, Normal, and Steel-type moves. You’ll want to lean into Cobalio’s Fighting and Fire-type weaknesses and rely on using these types of Pokémon in the battle.

The best Pokémon you can use to counter Cobalion will be Darmanitan, Lucario, and Chnadelure.

Darmanitan is a Fire-type Pokémon. It’s a fearsome opponent capable of doing a lot of damage, but unfortunately, it lacks overall defenses. You’ll want to use this as your starter choice or wait until somewhere in the middle of the raid. You don’t want to use it for your final Pokémon due to its sustainability issues. The best movset for Darmanitan is incinerate for its fast move, and then rock slide and overheat for its charge moves.

The next choice is Chandelure, a Ghost and Fire-type Pokémon. It’s also resistant to Fighting and Steel-type attacks, meaning Cobalion will have a lot of trouble using any STAB attacks against it. The best moveset for Chandelure to use during the raid is incinerate for its fast move and shadow ball and flame charge for its charged moves.

The last Pokémon we want to discuss is Lucario, the Fighting and Steel-type Pokémon. Both Lucario and Cobalion share the same weaknesses, but you can exploit more of Cobalion’s weaknesses during this raid. Lucario has plenty of Fighting-type moves to do some heavy damage during the battle. The best moveset to teach Lucario is the fast move counter and the charged move aura sphere and power-up punch.

You’ll need to use a full team of six Pokémon during this raid. These are some of the other choices you can use to add to the rest of your team.

After defeating Cobalion, you’ll be able to capture it at the end of the fight where it will be able to learn the charged move Sacred Sword. There’s also a chance to catch its shiny version.