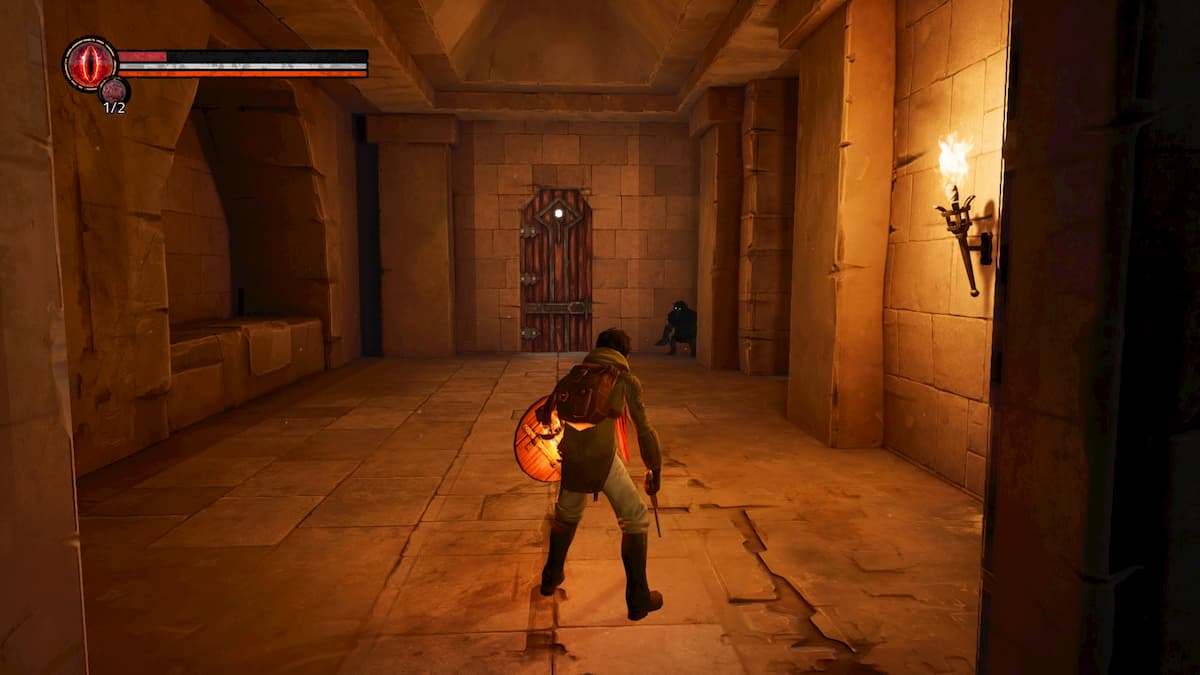 Combat in Chronos: Before the Ashes can be a little tricky. You have to discover what type of fighting style you like to go with. You might prefer to parry rather than dodge, and if you want to parry, you probably before heavier attacks and using strength-based weapons. You have a handful of choices to make, and here’s the breakdown for everything in combat, including how to best utilize your magic.

If you want to parry an opponent, you need to wait for their attack to hit you almost and then hit the parry button. You won’t have a huge window to parry, and it will vary based on the opponent you’re fighting. When you successfully land a parry, the foe will stumble backward, and your weapon will glow from your Dragon Stone magic. Not only can you land a hit against the stunned foe, but you’ll also do more damage.

Blocking has you lifting your shield to take the full brunt of an attack. The foe will hit you, and you’ll prepare to take the attack, but it won’t hit you for all of its damage. Your character will receive a reduced amount. You can increase the amount of block you have based on the type of shield you have and put points into your strength stat.

Dodging is extremely similar to parry, but instead of stunning your foe, you’ll be moving out of the way of their attack. Much like parrying, you have to land it at the correct time. You want to make sure to go in opposite directions of an opponent’s strike, which varies on who you’re fighting. If you successfully dodge an attack right before it hits you, your weapon will glow with your Dragon Shard magic, and you can do more damage for a brief amount of time.

You don’t receive magic immediately. You will get it before you encounter the Cyclops in the first world, from the large tree. It gives you the fire Dragon Stone. There are four Dragon Stones in total, each with a different effect, but they operate the same. You have a magic bar below your health and stamina meters. You need to increase your magic meter to use the Dragon Shard, which gives your weapon the specific magic of the shard you’re using. It only works for a short period of time. To increase your magic meter, you need to damage enemies.