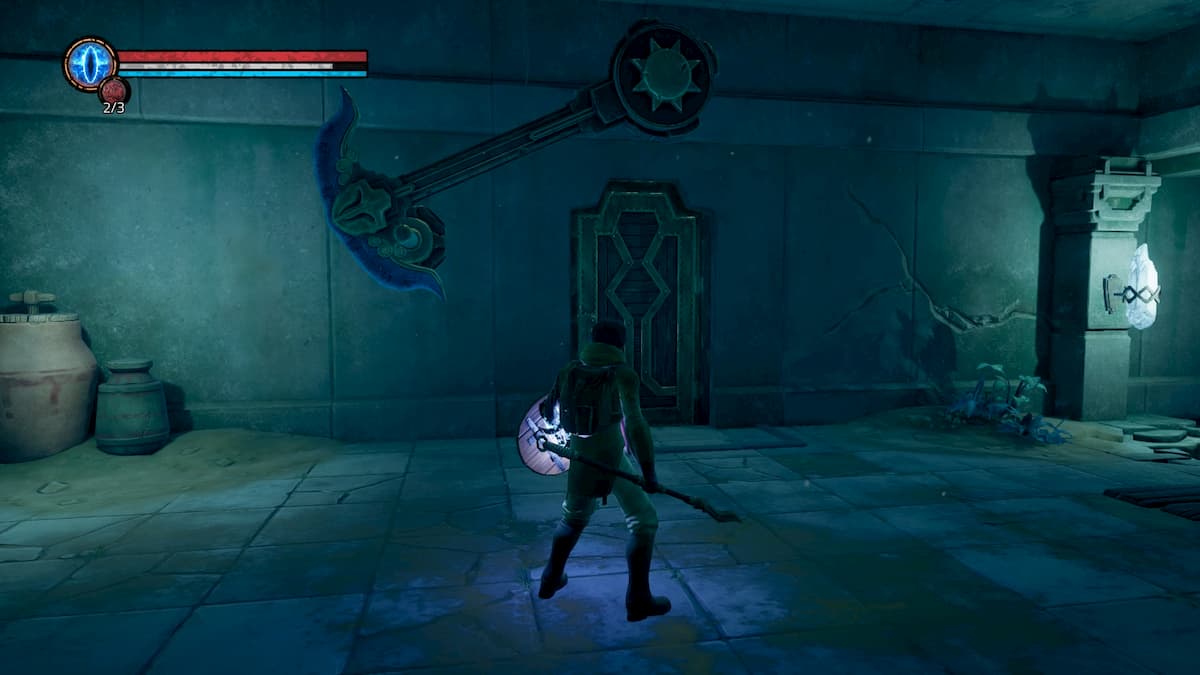 After defeating the Red Widow in the jungle temple in Chronos: Before the Ashes, you go deeper into the temple until you get dropped into a secret passageway. Below, in the depths of the temple, there will be several traps and new monsters for you to fight. One of these traps has a large ax that drops in front of you when you try to open the door. You bypass the first one by pulling the lever in a nearby room and then safely pass through the door. However, the next trap does not have a lever, and you need to find that lever.

Like the previous dropping ax door, the lever to disarm it was behind a hidden wall.

Where is the lever for the falling ax?

The lever is in a bit more obvious place than you might think. Rather than being an item you find on the ground or somewhere on the level, and it should already be in your inventory. It’s the Pan Queen’s Scepter.

All you have to do is go into your inventory, go to the far right in your menu, and scroll down until you reach the Scepter. You should have the option to interact with it. When you do, the top part of the Scepter will separate, and you now have two parts.

You can use the longer rod, the wooden shaft, of the Scepter as a lever to prevent the ax from falling in front of the door.