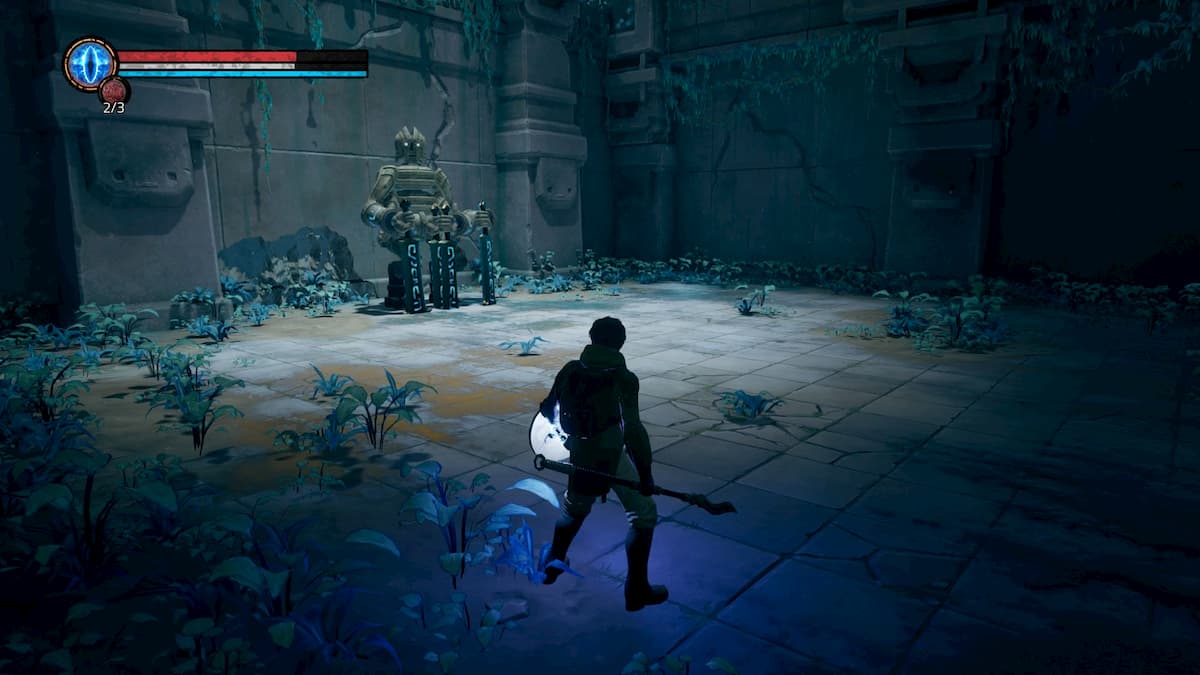 The second big boss, you have to fight in Chronos: Before the Ashes is the Pan Guardian. It’s also known as Many-Faced boss, capable of seeing everything around it at once. The boss carries four large stone swords, and the four hands that wield it are agile and fast. You’ll spend more time dodging and rolling away from this boss than attempting to parry them.

How to beat the Pan Guardian

When the battle starts, you can spend the initial part of it by sprinting in to attack the boss. You can probably get two or three hits in before the Pan Guardian’s swords start moving around it. When they do, there are two common attacks to look out for.

The first is where the bottom swords swing around it, meaning you’ll have to jump out of range or to the side. If you jump to the side of it, you’ll need to wait until the perfect moment to roll out of the way. The second attack is where the Pan Guardian uses all four swords to slam down in front of it. You’re better off rolling away from this attack than rolling to the side of it.

The Pan Guardian has four sections of health bars. After you take down each section, it will be momentarily stunned. You can now attack it while it is in this state, but you don’t do a lot of damage. If you don’t have a ton of health, you’re better off using this time to heal. However, if you have enough health, go in and use your light attack against it.

Once it is no longer stunned, the Pan Guardian’s swords will be electrified, and then it moves towards you, swinging them back and forth. It’s complicated to dodge these swords, so you’re better off keeping your distance until the effect wears off. This attack only lasts for a few seconds.

After you reach the final fourth of the Pan Guardian’s health, the swords will always be electrified. They follow the same pattern of attacks that the boss had throughout the fight, but now they do more damage.

Upon defeating the Pan Guardian, the tree that gave you the Dragon Stone will communicate to you once more. It will topple the next pillar, and you’re ready to face the next boss challenge.