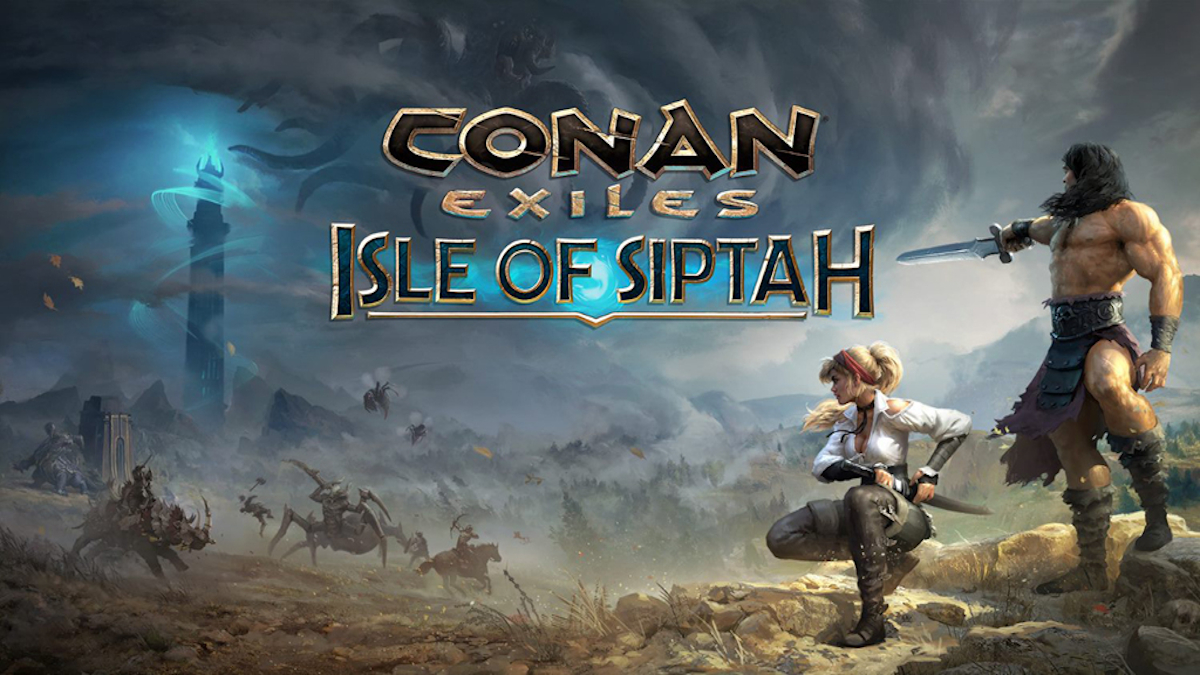 Conan Exiles is getting a brand-new expansion called Isle of Siptah, which aims to bring a new map, map features, buildings, and better modding tools. Here’s everything we know about it so far.

Isle of Siptah is getting lots of new content associated with the map. The new map takes place in an isle that your ship gets wrecked on as you pass into the Exile Lands. Players will start the island on a brand-new character and will explore the shipwrecked coast. From there they will find new outfits, building skins such as the flotsam-themed buildings, and new mounts with the Rhino joining the game.

Also, Isle of Siptah is getting exclusive features relating to the map. Throughout the game, players will find storms raging throughout the Isle. Entering these storms are dangerous, with enemies spawning in on you that get more powerful as time progresses. However, players will find lucrative materials to progress through the game, making it a high-risk, high reward piece of content.

Also, the new game will have a twist on dungeons. This feature is known as Vaults. Vaults are a new way to explore dungeons, each filled with new monsters all inspired on different lore elements of the game. These vaults have puzzles and lore information that explain what is happening on the Isle.

Furthermore, there a new feature called The Surge. The Surge generates power that brings in other Exile NPCs into an area that players can fight with and claim as Thralls. There are pre-set locations for this, but there are chances for this to happen throughout the world.

Base builders are also getting some love. New foundation building tools are coming to the game. These new building parts help players make water bases and tree bases. Conan Exiles has a massive role-playing and creative community, and this is only going to help them make better bases.

Funcom has made a wonderful modding community, and the Isle of Siptah is going to make it even better. With the new expansion comes with the ability for server owners to load in modded maps. Players will be able to make their own world or completely edit one of the preexisting Conan Exile maps in the game.

To load modded maps players need to upload map mods to the server mod settings. Once when they are installed servers will recognize they are maps and become map options on the server manager files and interface.

There are endless opportunities for modders to make themed maps. Over the years, Funcom released plenty of cosmetic DLCs that have created tonnes of assets. DLCs range from Greek-themed buildings to Conan lore with Derketo. No doubt there will be tonnes of new maps to explore as players get creative with the new map mod tools.