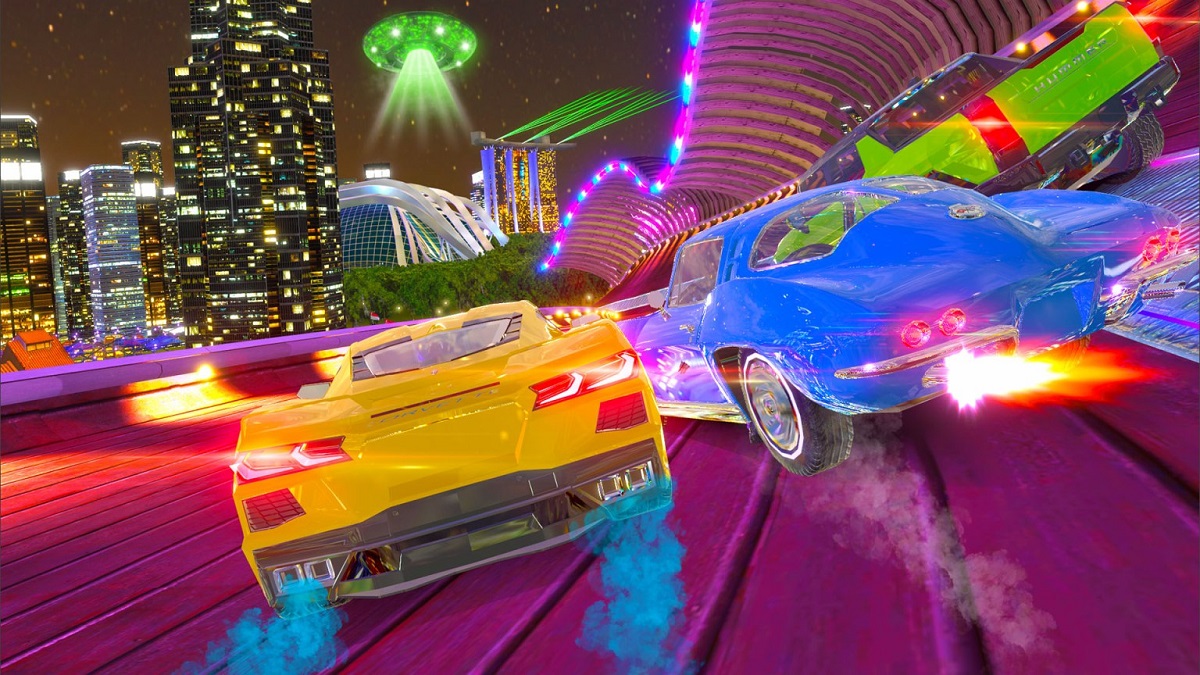 As you’re racing in the city of Hong Kong, you’ll need to keep track of where to find all the golden keys if you want to unlock new tracks and cars down the line in Cruis’n Blast. It’s hard not to get excited by the high-speed action, but here are the locations of all the gold keys in HK 2089.

This key is about 30 seconds into the race. HK 2089 starts with a downhill section until you reach a big jump down. You should see a train pass by on the left traveling on a neon blue bridge. Cross over and jump to the bridge below that is on top of a fountain. Behind the left speed ramp, you’ll find your first key. Let the foot off the gas and carefully work your way around the speed ramps.

As you continue the race, you’ll move to the right and left of some arrowed obstacles. It will then lead you down a wide-open road, which forks into two directions. Go to the left rather than the bustling neon street on the right. Go down the route until you find the key on the left side.

This key is the hardest to get on this track and what makes it worse is that it’s near the end of the race. As soon as you see lanterns flying in the air and then pirate ships crossing the bridge, move to the absolute most right of the track. Go at it around 135-145 MPH, tilt your car to the right, and jump for the key that’s mid-air. Grab it to get the final key for this track. It will likely take many tries. We were able to get it with the Corvette Stingray.