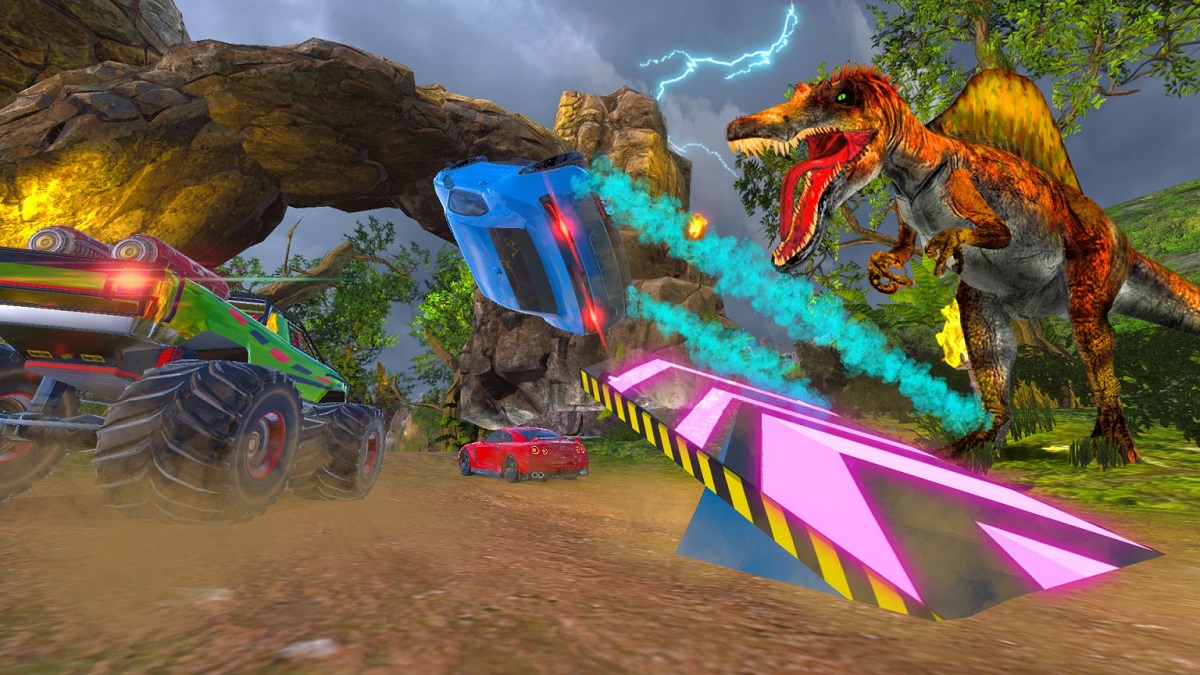 Performing tricks in Cruis’n Blast might only be for style points (for the most part), but if you want to look flashy, they’re fairly easy to perform. Soon, you’ll be performing wild stunts in the air like Evel Knievel as you trick your way through each course.

There are multiple tricks you can perform in the game, and unlike Mario Kart, they’re mostly for show rather than being rewarded with a boost from the landing. The first is the wheelie. Double tapping the A button at any point in the race lets you drive on two wheels rather than four in a burst of flame. Thankfully, your car won’t explode from doing this too much. You can wheelie to each side of the car too by implementing a directional input with A button presses.

As you wheelie around the track, you may find out that you can do a backflip over rival cars. This is where a trick can be useful. If you wheelie over another car, you’ll activate the flip and you can actually land in front of them. We found this useful when a bunch of cars is blocking the way forward. Make a death-defying leap into the air lets you clinch the victory out of nowhere. To get the most airtime, we recommend boosting as well before performing the trick.

Furthermore, if you want to flip around the air, double-tap the A button once again over a ramp or a cliff. You must get the timing precise as you need to double press the A button as soon as the car has left the ground. With practice, you’ll perfect the timing. Keep in mind that the game is a bit awkward to control in this aspect as the input is ever so slightly off what you’d expect. Just like the wheelies, you can do a barrel roll by moving left and right with the double-A button presses.