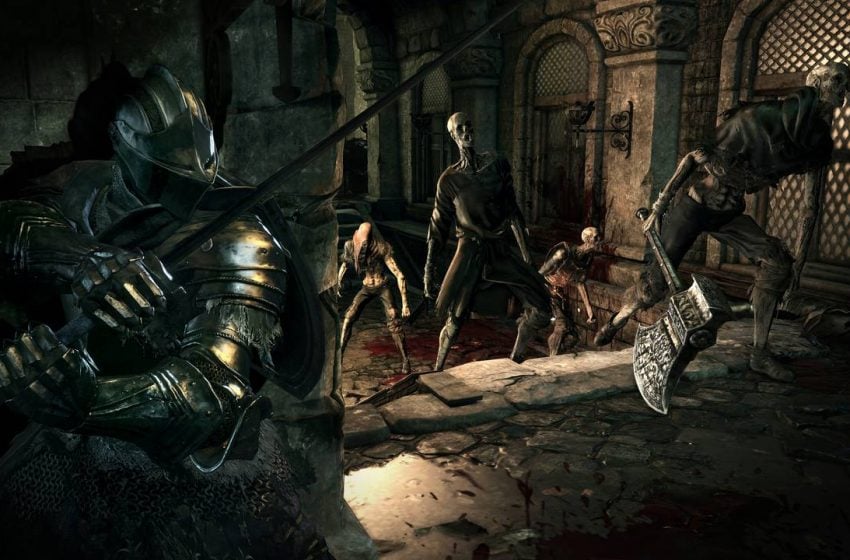 Unbreakable Patches is an NPC in Dark Souls 3 who can be found within the Cathedral of the Deep disguised as Siegward of Catarina. If you haven’t encountered him yet then Open the Main Door(Left of the Boss Room) and then reload the area by escaping and returning back. He will trick you at the bridge and send you to the lower level where you will find Giants. If you meet him again on the other side of the Rosaria’s Chamber then he will apologize you for tricking and provide you with a Gesture and a Rusted Coin.

Patches will become a Merchant at the upper right part of firelink. If you have completely missed him at the Cathedral of the Deep then he will trap you in the tower above Firelink Shrine after you have defeated the Abyss Watchers. Choose not to forgive him and get Rusted Gold Coin along with a new Gesture – Prostration.

Note: If you kill the Giant before being tricked by Patches, you will get an additional dialog as he will be irritated that you killed the Giant, shames you and curses a lot.

Patches will be one of the reasons saving Greirat after certain progress in the game, but as Greirat leaves for his second scavenger mission Patches will stop selling you items until you inform him about Greirat. Patches want to help Greirat and repay his depth. Once you return back to Shrine after defeating Pontiff Sulyvahn, Patches will pester you for Greirat’s Location.

If you have bought the armor of him and gave it to Siegward, this will help to rescue him. Now talk to Siegward inside the well(outside the cleansed bonfire) to trigger Patches story to continue. This was all about Unbreakable Patches NPC Quest if you want to know more other NPC quest, walkthrough, and collectibles location then make sure you visit our Dark Souls 3 Wiki Guide.