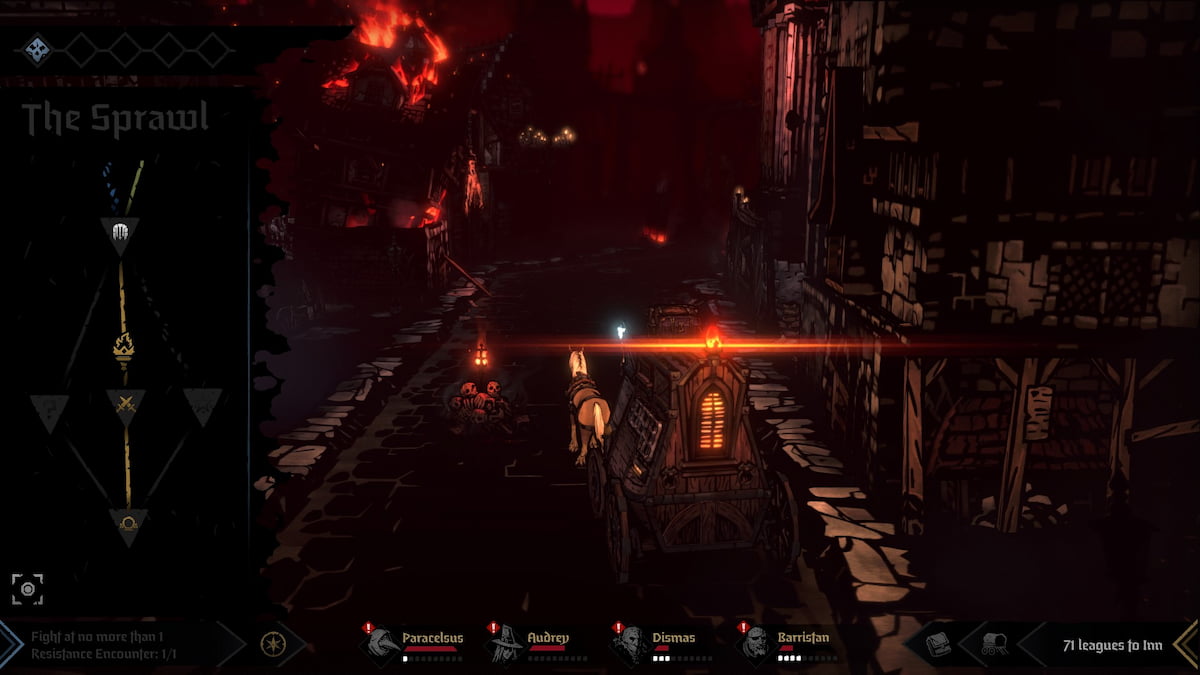 Darkest Dungeon 2 works a bit differently than the first game. You’ll be operating primarily out of your carriage and trying to survive with your small band of adventurers. The relationship between your party will grow as they continue to survive and work together. You’ll be able to monitor all of this through the Affinity system. Here’s everything you need to know about the Affinity system and how it works.

All of your party members have an Affinity towards the others. Their Affinity to everyone grows in time as they spend in the Inns, the safe havens you’ll be using throughout your adventure. There are Inn items you’ll be able to use that have a chance for positive or negative Affinity, or low and high amounts of Affinity boosts between the group.

You’ll see brief flashes of light while in the Inn when the Affinity happens. Yellow flashes between characters will be positive Affinity boosts, and blue will be negative. These can occur in battle, too, but are out of your control.

You’ll be able to inspect every party member’s Affinity for each other in their character menu, underneath the Relationships tab. Everyone in your party starts from a Neutral standpoint, but they can eventually develop into a negative or friendly relationship with each other. When the relationship meter fills up, negatively or positively, the relationship becomes an adjective that best describes it, such as Envious.

The characters involved in the relationship receive stat bonuses from the relationship. You’ll need to use these changes to your advantage throughout your journey, but they also promote random encounters. For example, the two companions may comment about one another in combat, lowering their stress or giving them a bonus. It all depends on the relationship and how lucky you can be for these effects to trigger.