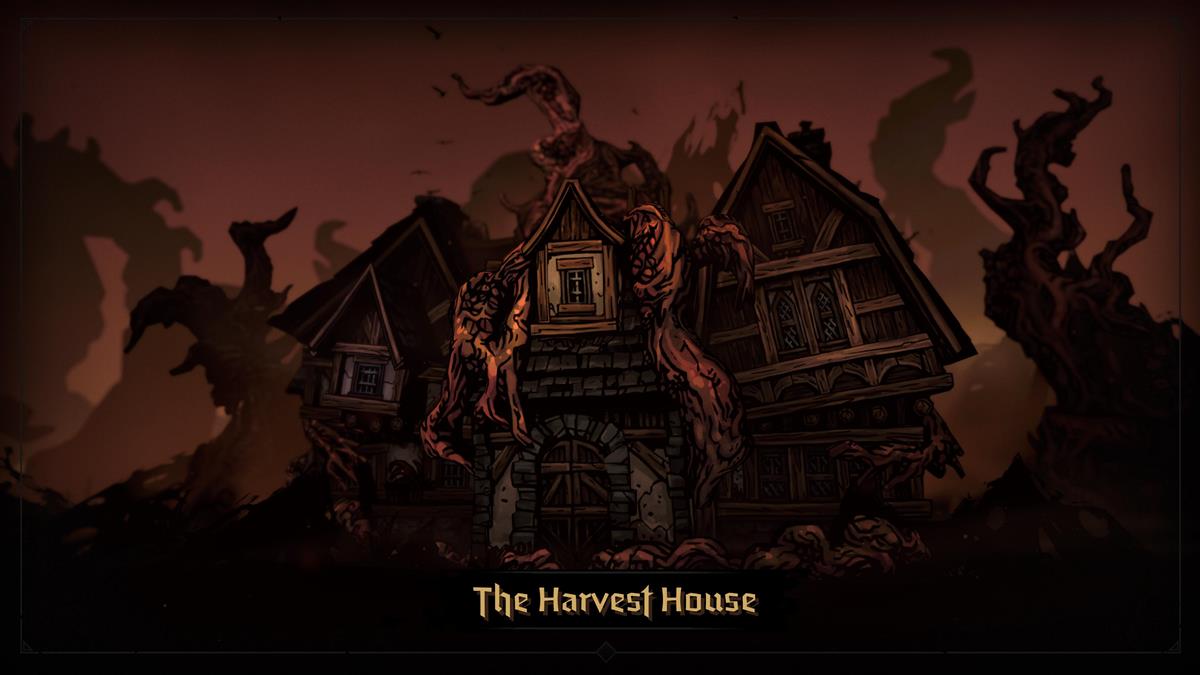 The Harvest House Lair in The Foetor

The Harvest House Lair in The Foetor has three encounters, with the third pitting you against the Harvest Child boss in Darkest Dungeon 2. Here’s what you can expect from the enemies in that fight:

The main mechanic that you need to watch out for in this battle is hunger. At times, your characters will be afflicted by an insatiable hunger. This will cause them to move and switch spots, likely deactivating abilities that require specific positioning.

Their hunger can only be sated once they’ve reached the frontline. The only action available to a character is Feed The Hunger. It damages either of the two meats, but your character will also suffer from -15% max HP and a Stress pip.

As for the Harvest House boss in Darkest Dungeon 2, it’s imperative that you strike it with abilities that can cause burn or bleed. In some cases, blight might also work, though it can get resisted. The damage-over-time effects will whittle down its HP. This is very helpful since your characters won’t always be able to attack due to positioning changes.

Lastly, make sure to use HP healing and Stress healing abilities. The Plague Doctor is invaluable for this due to the Ounce of Prevention skill.

Remember, only the Harvest Child needs to be taken out for the encounter to end. You’ll receive some random rewards and trinkets afterward. Oh, and try to eliminate the other Lair bosses in Darkest Dungeon 2 as well. You can battle the Librarian in The Sprawl and the Dreaming General in The Tangle.