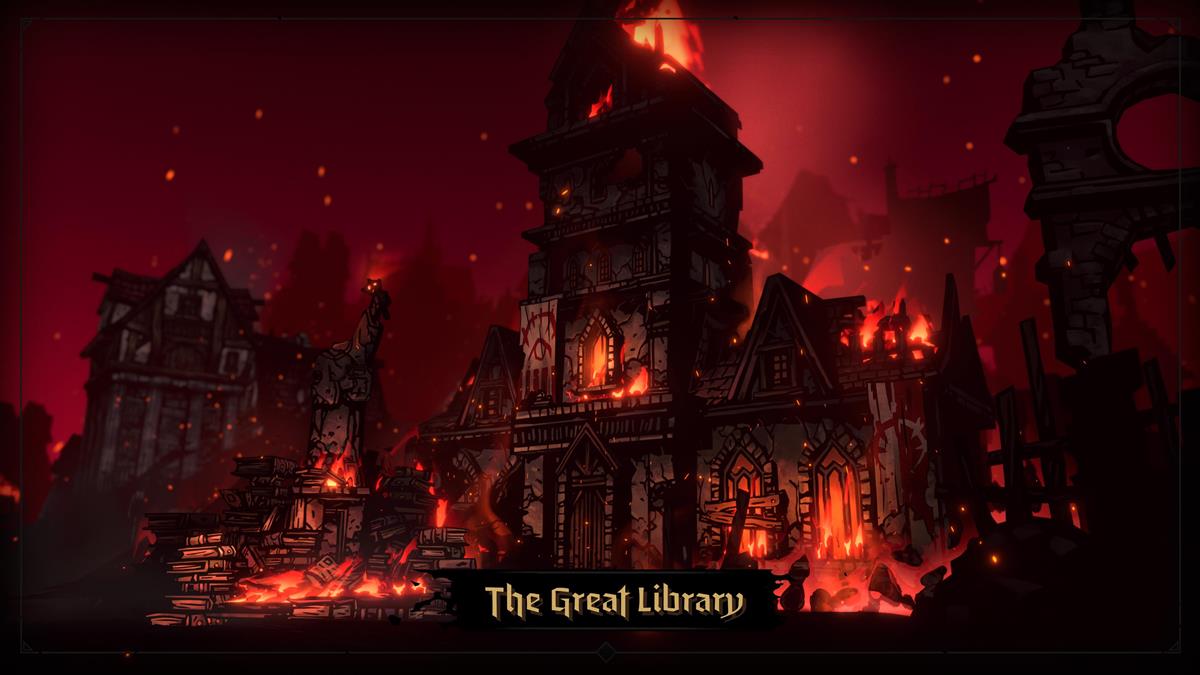 The Great Library Lair in The Sprawl

Similar to other Lairs in Darkest Dungeon 2, the Great Library is comprised of three encounters. The third one will be up against the Librarian.

Here’s what you can expect from the enemies in the Librarian boss fight in Darkest Dungeon 2:

The goal here is to use characters with abilities that can hit the backline where the Librarian is initially (i.e., the Grave Robber’s Poison Dart or the Hellion’s Iron Swan). You’ll also want other abilities that can inflict bleed or blight on the boss.

There are also two things that you want to watch out for. The first is a boss ability called Burning Bright. This will damage the entire group and apply the burn status effect on them. The spell is only cast when a stack of books is fully consumed. That’s why it’s imperative that you avoid damaging the books. However, the Librarian will try to burn them, too, which is why it’s often a race against time.

The other factor is the Categorize ability. It will reshuffle your party members, so there’s a chance that some skills would get deactivated. Prepare for this eventuality and make sure that you can spend a turn moving your characters around.

With any luck, you should be able to hit hard and let damage-over-time effects deal with the Librarian’s HP. You’ll receive several rewards, including some valuable trinkets (these are random, mind you). Lastly, apart from the Librarian, you can clear out other Lair bosses in Darkest Dungeon 2. These include the Dreaming General in The Tangle and the Harvest Child in The Foetor.